The role of social media in politics 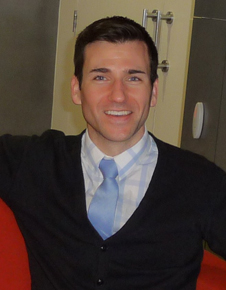 US-born Otago Politics PhD student Anthony (Tony) Deos recalls the excited speculation around social media when it first began to make a real international impact – would it have a major effect on the way governments engaged diplomatically with the public?

“Remember all the rhetoric in the last decade - where everyone said, ‘the internet is amazing and because of it we can build a better, peaceful, and essentially democratic world’?” Mr Deos asks. “There was a perception within governments, especially in the United States that they really needed to up their game and get on board, reinvigorating their policies to include social media to engage and garner goodwill or they’d miss the boat.

“I’m using my PhD to see if any of this has happened. Are governments reinvigorating their connection with the public through Facebook, Twitter and so on, using those media as a public diplomacy tool to help raise their social capital. Or is it all just status quo Cold-War style broadcasting through a new medium?”

Mr Deos is focusing his PhD research (entitled Digital Public Diplomacy and Social Capital: Analyzing Components of Trust in US and Israeli Online Social Networks) on the US and Israel.

“I’m familiar with the US government, and I have contacts in Washington who already trust me. I chose Israel because I wanted a smaller country that isn’t a large Western power, and, as it’s in the Middle East amongst non-allies, the use of social media to build relationships has been seen as a way to generate possibilities for peaceful co-existence.”

"Are governments truly interacting or do they believe by having a page they’ve done what they need to do? Is there openness and full dialogue or simply ‘cookie-cutter’ statements – just press releases and no reciprocal back and forth discourse?"

Mr Deos says others have similarly researched governments’ use of social media, but mostly using quantitative research methods involving hit rates, Facebook ‘friends’ and ‘likes’, tweets and re-tweets, and so on.

“I’m more interested in the qualitative data. Are people saying anything or just ignoring messages? If there is dialogue, what is the dialogue consisting of? Are governments truly interacting or do they believe by having a page they’ve done what they need to do? Is there openness and full dialogue or simply ‘cookie-cutter’ statements – just press releases and no reciprocal back and forth discourse?”

Mr Deos has a particularly global perspective on this. After growing up in the United States he moved to Germany in his mid-teens serving as a Junior Ambassador in the Congress-Bundestag Youth Exchange Program (CBYX). He loved the experience so much he took every opportunity he could to get back to Europe, taking exchanges from the University of Minnesota, living in Austria and Germany again before then returning to Europe for his Master’s at the University of Kent, Canterbury, UK, where his course work was conducted in Brussels, Belgium. Since then he has worked on projects for the EU and with public affairs and public relations firms in Brussels and the US, through which he built his academic, business and diplomatic network.

“I’m really looking to see if and how states have been able to generate social capital through social media in order to balance hard power and soft power,” he says. “Governments have recognised that changes in global society require a balance and exercising soft power requires the use of capital, of which social capital is but one type. Generating social capital means building relationships that encapsulate trust and reciprocity. Partners in such relationships may not agree on everything, but it makes it possible to find a sustainable solution through cooperation and collaboration rather than hard power military action.”