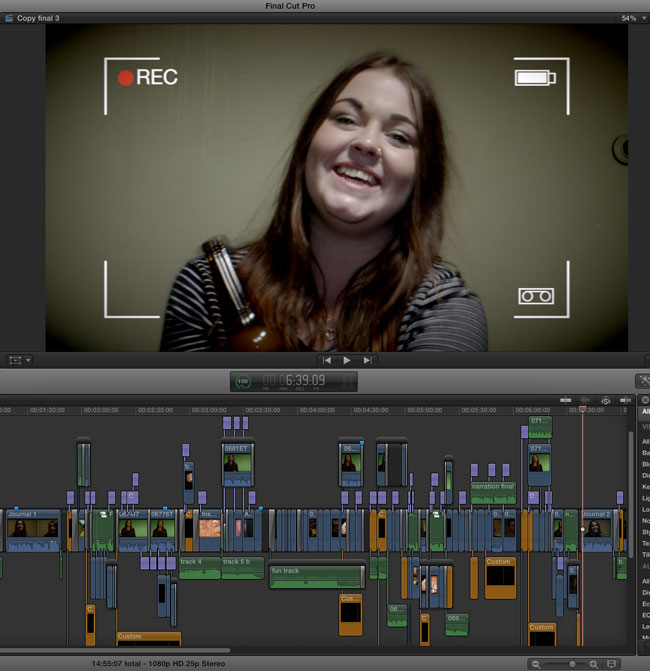 Actress Teri Kearns on screen during the editing of a multimedia website exploring how alcohol effects the brain and how it relates to the symptoms of intoxication.

Come along to the Red Carpet Gala event on Saturday.

Resources designed to educate adolescents about the effects of alcohol on the brain, artworks showing the threatened flora and fauna of Stewart Island and drone footage of the stunning Catlins Coast.

These are just some of the projects that will be on display at the Centre for Science Communication’s Red Carpet Gala Event at the Dunedin Public Art Gallery this Saturday from 4pm to 7pm.

“Most people in Dunedin know about the film students and their film premieres, but we also have these two other streams.

“It’s inspirational to see the creativity and the passion that these students bring to their projects.” 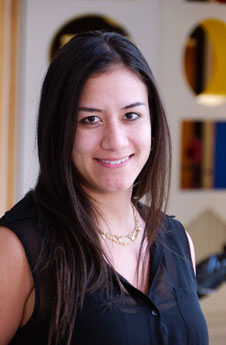 Master of Science Communication candidate Shanti Campbell is one such student, spending the year developing two resources to teach 14/15-year-olds the effects of alcohol on the brain.

“The first resource is multimedia with film, anatomical photography, music, narratives, animations (from external sources), narration and text. The second resource mimics a more traditional "text book" styled resource and although it contains exactly the same informational content, it is just presented using plain text and diagrams only,” she explains.

Ms Campbell tested both of these resources on Year 10 students in schools around Otago, Southland and the Hawke's Bay seeking anonymous feedback from students who participated.

“It's amazing how many teenagers I have spoken to throughout this journey that can't understand why everyone their age in New Zealand is not exposed to this information already. We really need to start making some changes.”

She will be presenting the resources and the feedback at the Red Carpet Gala.

“The Red Carpet Gala Event will be a great opportunity to celebrate our work, both the academic and creative achievements,” she says.

Following the Red Carpet Gala, at 7.30pm, the Centre’s Science and Natural History Filmmaking students will once again premiere their films at the Regent Theatre.

Director of Filmmaking Ross Johnston says he is amazed every year by what his students produce.

“It’s a credit to their vision, skill and bloody mindedness that they achieve so much on the mere whiff of an oily rag. The films in this year’s Premiere are nodifferent – in fact one of them, Sirocco, won a Panda at Wildscreen in the UK. For natural history filmmakers that’s like winning an Oscar.”

The films (clockwise from left): The Montana Magician: How a Muggle became a Wizard, Sirocco: How a dud became a stud, Kangaroo Island: Life on the Edge, Saving Ngaio: The longest nose job and Beyond the Mist: Is seeing believing?

Kangaroo Island: Life on the Edge
By Samuel Chen

Life on the Edge reveals a largely forgotten world - one some speed past every day. Much of the wildlife on South Australia’s Kangaroo Island have to share their home with speeding steel projectiles. In this documentary we discover what they have to endure to survive.

Sirocco: How a dud became a stud
By Ashwika Kapur

There are so few Kakapo parrots left on Earth today that all of them have names. And one name is world famous - Sirocco. A parrot so popular, that the government of New Zealand gave him a job. This is the delightful rags-to-riches story of a bird that shot to stardom.

Saving Ngaio tells the story of a little kiwi battler. No longer safe in the wild, kiwi are headed towards extinction. As if being a kiwi was not tough enough, Ngaio is faced with her own unique challenge that must be overcome. But will she be able to beat the odds?

The Montana Magician: How a Muggle became a Wizard
By Gabby Golding

The Montana Magician is the whimsical tale of a man of science who uses magic to enthral and inspire youngsters in his quest to save the world. Charting his journey from muggle to wizard, Gabby Golding’s directorial debut is a reminder of why we love science and an intimate portrayal of a charismatic science communicator doing things differently with tremendous results.


Beyond the Mist: Is seeing believing?
By Robbie Bridgman and Amy Anderson

The Fiordland landscape holds many secrets - one hundred years ago, Canadian moose were released in New Zealand for commercial hunting - unseen for more than 50 years, they have faded into the mists of Fiordland. But can one man prove once and for all the elusive Moose is alive and well?