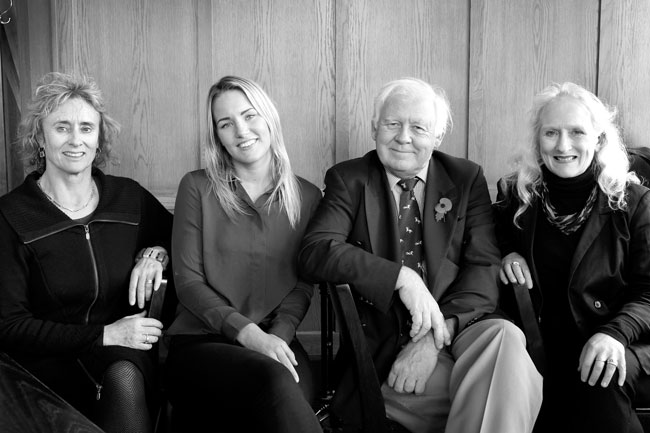 While Otago always values its international students, sometimes they come with an added bonus.

This is the case for Tove Hultman, a Swedish veterinarian student spending four months researching and writing up her Master’s thesis in the Department of Pathology’s Braithwaite Laboratory.

She was visited recently by her primary supervisor, Professor Wilhelm Engstrom, of the Swedish University of Agricultural Sciences, who, despite the flying nature of his visit, kindly gave a public lecture while here.

Professor Engstrom is internationally renowned for his work on cell proliferation, and he and Tove met New Zealand researcher and senior lecturer Dr Linda Gulliver through their combined work on the Halifax Project – Getting to Know Cancer, an international cancer research collaboration.

The opportunity to have international Master’s students undertake their research here is a win-win situation, with both sides able to learn from each other.

Although her work is in animal pathology, Tove notes that the biology of tumours is the same in humans and animals, but the research is more developed on the human aspect. Therefore, given that students at her university are encouraged to do at least part of their Master’s research overseas, Tove took up an offer to come to Otago and complete her four-month project here.

For Professor Engstrom, her decision meant “the chance of a lifetime”, as he’d never been to New Zealand despite spending some time in Australia where his daughter, who was a flanker in the Swedish national women´s rugby team, pursued postgraduate academic work in Queensland alongside the rugby exchange.

For Tove’s Otago supervisor, Dr Adele Woolley, the opportunity to have international Master’s students undertake their research here is a win-win situation, with both sides able to learn from each other. Visits such as Professor Engstrom’s were an added bonus and a chance to boost international relationships.

Tove, who has found New Zealand to be incredibly friendly as well as beautiful, hopes to return to Otago one day, but in the meantime is deciding on whether to pursue a career as a veterinarian or move on to her PhD.