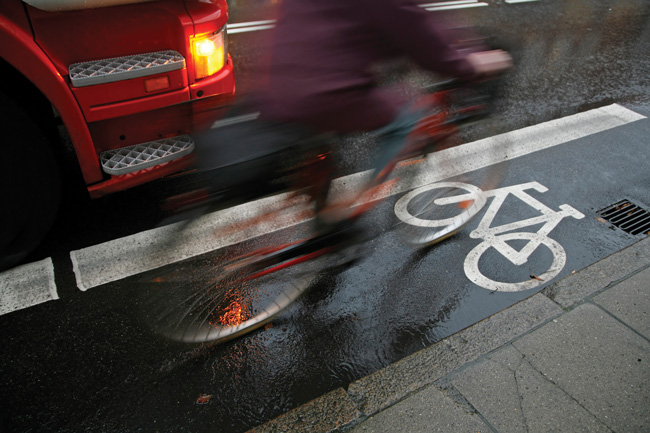 A policy brief by the Director of the Injury Prevention Research Unit at Otago has discouraged the need for increased penalties as the answer to motorists convicted of careless driving causing injury to vulnerable road users (VRU) such as cyclists and pedestrians.

In a recent article in the New Zealand Medical Journal Professor Hank Weiss and Aimee Ward discuss why more stringent laws on their own are likely to fail as a significant deterrence to careless driving causing injury or death.

They say an international comparison of laws in various US states and New Zealand regarding careless, as distinct from dangerous, driving shows that there are already adequate laws on the book in New Zealand to penalise careless drivers.

These are three months imprisonment or a fine of up to $4500, and licence disqualification for six months or more. In fact the laws are generally stricter in this country than the US.

“However enforcement is another matter and it remains a question as to whether laws against careless driving are applied consistently and regularly on the most egregious cases of harm inflicted on vulnerable road users,” Professor Weiss says.

They do make the point, however, that laws and penalties against the more serious offence of dangerous driving are more lenient in New Zealand in terms of maximum prison sentences compared to those in the UK, US, Australia and Canada. They also say that in the EU, in countries like Germany and the Netherlands, motorists are liable to pay compensation to injured VRUs, but this is impossible under ACC legislation here.

Professor Weiss and Ms Ward say just toughening up the law and enforcement to protect VRUs and expecting a measurable effect on driver behaviour is naïve. Instead they argue that a mix of traffic engineering solutions to protect cyclists and other vulnerable road users needs to be implemented.

These include separating vehicles from VRUs, calmed bicycle boulevards, slowing traffic and building safer intersections, amongst a range of measures.