Toilet standards down the loo 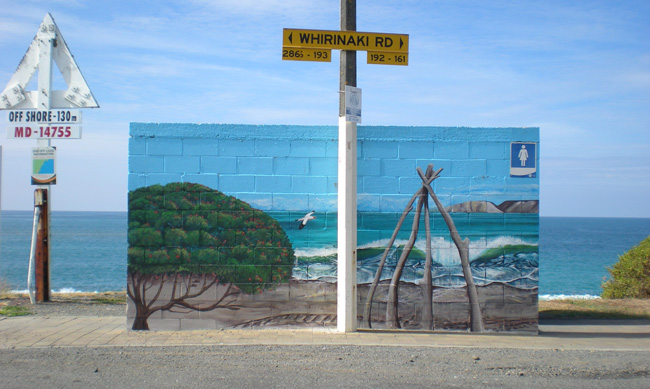 The dismal state of New Zealand’s public toilets has been highlighted by Wellington research.

The state of New Zealand’s public toilet facilities caught the imagination of journalists around the country recently – prompted by Wellington campus research.

The paper, published in the New Zealand Medical Journal, drew attention to the dismal state of our public loos.

In it, Associate Professor Nick Wilson and George Thomson from Wellington’s Department of Public Health pointed out that hygiene practices including handwashing are one of the most cost-effective means for preventing infectious disease, but inadequate facilities mean handwashing occurs far less than it should. Study results showed that of 150 toilets in the lower North Island, only 61 percent had soap, and 4 percent had no water.

Several journalists extended the story with their own research - including a poll, three site surveys and interviews with council staff.

Of an estimated 11,950 to 12,000 votes cast in response to a NZ Herald online poll asking “are our public loos really that bad?”, more than a third (39 percent) voted “Yes, I’d rather hold on than use ’em”. This compared to 39 percent voting “They ain’t pretty – but they get the job done”, and 22 percent for “Nah – there are plenty of countries with worse ones”.

Associate Professor Wilson says while it is very difficult to interpret such online polls, there were sufficient negative responses to suggest some degree of public concern.

Additional small surveys outside of the original study area by journalists provide additional data on soap availability. In Tauranga, only half of the toilet blocks surveyed had soap, in New Plymouth there was no soap in any of the six toilet blocks sampled,while a South Taranaki survey found soap in all six sampled.

Other problems identified included lack of signage, bad smells, lack of hand drying options, lack of warm water, a missing lock, absence of toilet paper and a toilet being clogged up. Vandalism is also an issue, including soap dispensers being stolen and hand basins regularly ripped off walls, Associate Professor Wilson says.

“This is valuable information to have, and adds further support to the case for improving soap provision and the overall quality of public toilets – not just for public hygiene, but also public convenience and maintaining the country’s reputation among international tourists.”