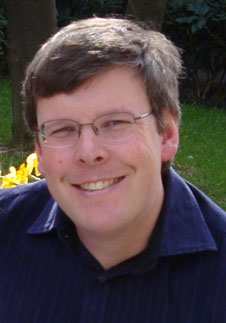 Although Genetics Otago was formally recognised as a Research Centre in 2012, it was initially established in 2008. At that time, Associate Professor Peter Dearden realised that although genetics research was a growing force across many departments at the University, it was difficult for genetics research excellence to be fully recognised due to the unusual breadth of disciplines.

With this in mind, Associate Professor Dearden proposed a collaborative research group be formed in order to advocate for all genetics researchers at Otago, as well as aiming to increase public awareness of genetics research.

Primarily funded by the Sciences and Health Sciences Divisions, the centre started with around 40 members but has grown significantly in the past few years to over 240 members, making it the largest centre for advanced, multidisciplinary genetics research in Australasia.

Under the direction of Associate Professor Dearden and with a wealth of multi-disciplinary researchers to draw upon, Genetics Otago now has an extensive outreach programme.

Of particular note is its ‘Southern Science Series’ which offers free public lectures across New Zealand. In the last two years, over 20 lectures have been offered as part of the series, each featuring a different theme, with three researchers from that particular specialty presenting their latest research findings.

Genetics Otago is very supportive of its postgraduate members, with funding support offered to students to travel to conferences, as well as providing students the opportunity to present their work in an informal and supportive setting at the centre’s annual symposium.

Where possible, Genetics Otago also encourages students to take part in its outreach activities such as the recent ‘DNA Day’ held at the Otago Museum which was part of the larger Genetics Week event.

To learn more about the different areas of research at Genetics Otago, visit: www.otago.ac.nz/genetics