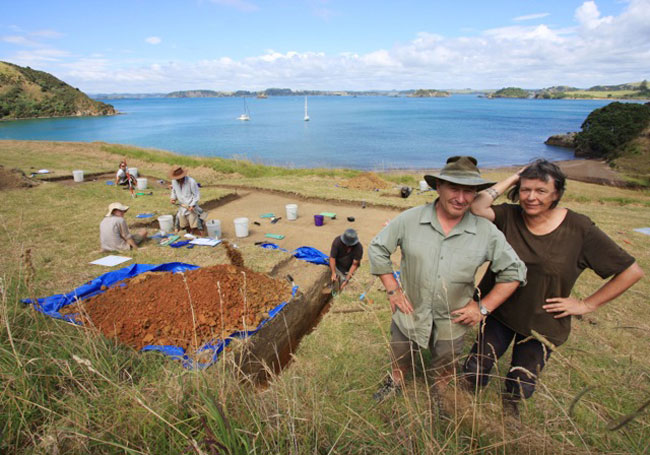 The site of New Zealand’s first mission station and its first classroom has been revealed during two years of fieldwork and research led by University of Otago archaeologists, uncovering plentiful details about the daily lives of our first permanent European settlers.

“We found the remains of what is likely to have been the house of early missionary Thomas Kendall and his family, as well as artefacts like ceramic sherds, glass, a coin dating from 1806 bearing the profile of George III, and gunflints – evidence that muskets were present at the mission,” Associate Professor Smith says. 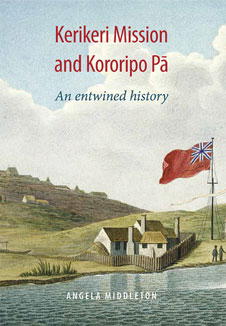 “We uncovered the site of New Zealand’s first school – a modest-sized classroom – and other features including a Māori-style whare,” he says. “There were lots of slate pencils, and fragments of writing slates, and children’s toys.”

They shed light on New Zealand’s first permanent European settlement, and gave insights into what life was like for the Church Missionary Society missionaries and Māori at the time.

Kerikeri mission. The place where the Hohi mission stood from 1814 to 1832 has been abandoned since that time. In 1907 it became the Marsden Cross Historic Reserve.

Associate Professor Smith says only a handful of paintings and drawings were done when the mission was active, and although the missionaries kept journals and wrote letters and reports, these sources do not give a lot of information about every day life.

“We uncovered significant archaeological features that have added to our understanding of the Hohi mission and the people who lived and worked there – as well as those who were impacted by the mission,” says Dr Smith.

“Around the houses were fragments of the plates and cups that they used for eating and drinking, along with personal items like buttons, items of jewellery, coins, and smoking pipes. We also found food remains - nearly all of these were indigenous foods - shellfish, fish and birds.

“Overall the archaeological evidence paints a picture of the hard struggle that these first European settlers had in making a living here, and how dependent they were on local Māori for food supplies and protection.”

After each fieldwork season Associate Professor Smith spent six months leading a laboratory team cleaning, sorting, describing and analysing the material that they had brought back. Several publications have already appeared from the results of the 2012 excavations alone.

Meanwhile, Dr Middleton continued her historical research on missionaries and Maori in the Bay of Islands. The first of her two Otago University Press books on this subject has just been published. Kerikeri Mission and Kororipo Pa: An Entwined History looks at the early engagement between Māori and Pakeha in the context of the establishment of the Church Missionary Society mission at Kerikeri in 1819.

Dr Middleton says: “This unique and pivotal location provides tangible evidence of the entwined history of Māori and Pakeha, the relationship that founded modern New Zealand. The site could be seen as a microcosm for the kind of developments that took place between iwi and missions in other parts of the country,” says Dr Middleton.

Her book was launched following a public lecture by Associate Professor Smith at Kingston House in Kerikeri on 9 February.

2014 is the bicentennial of missions arriving in New Zealand: with the focus of celebrations centred on the Bay of Islands.