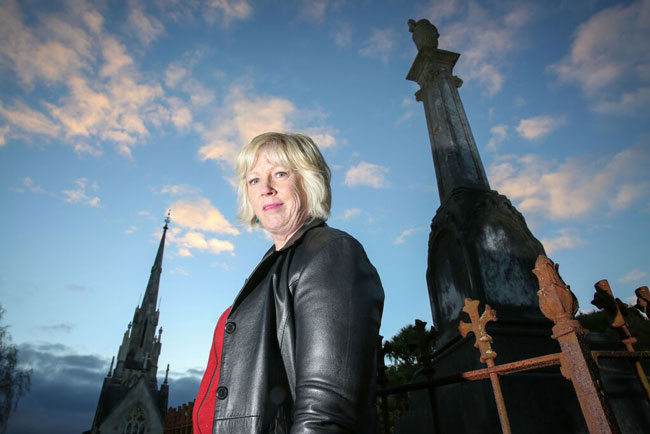 Associate Professor Chrystal Jaye is leading the Longevity Study - looking at how New Zealanders' expectations on how long they will live and what they will die from impact their health choices. Photo: Emma Allen.

Participants are being sought for a University of Otago study looking at New Zealanders’ expectations of how long they will live and what they will die from, and how that might impact their health behaviours.

The Longevity Study, being undertaken by the Department of General Practice and Rural Health, was initiated because one of the Investigators, Dr Wayne Cunningham, a General Pracitioner, noticed that his patients often referred to their own parents’ longevity and causes of death in conversations about health and lifestyle promotion.

Lead Researcher Associate Professor Chrystal Jaye says the team began to wonder whether there might be a relationship between patients’ perspectives regarding risk behaviours and health promotion and interventions, and their anticipated longevity.

"The findings of this study have the potential to inform health policy aimed at altering people’s behaviours."

“Despite a burgeoning literature on attitudes toward death, there has been very little research on what people think they will actually die from and when.

“The findings of this study have the potential to inform health policy aimed at altering people’s behaviours, and the conversations that doctors have with their patients. For example, one of the reasons someone may have for not giving up smoking might be that their parents and grandparents smoked until they died in their 90s so they perceive very low personal risk of illness from smoking.”

“We are looking for individuals between the ages of 55 to 65, who must NOT be receiving palliative care, or have been diagnosed with a terminal illness where death is expected within the following 12 month period.”

Participants will be interviewed for approximately one hour on questions such as how long they think they will live for, their most likely cause of death, and how these expectations influence their perceptions of risk and health behaviours.

Associate Professor Jaye says while 20-25 people is a relatively small number, she hopes the results will be rich and enlightening.

It is hoped that the study can later be expanded to include a much larger group of New Zealand participants.

The Longevity Study
Are you aged between 55-65 years?
You must not be diagnosed with a terminal illness or be receiving palliative care to be eligible for this study.
Contact the research team, Ph: 479 4134, Email: gprh.research@otago.ac.nz