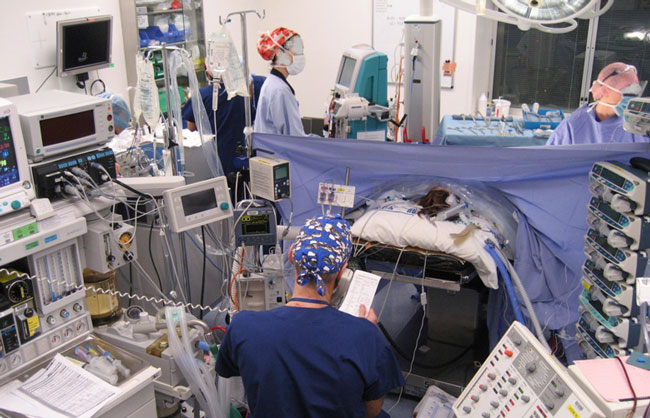 New software developed by a University of Otago anaesthetist has the potential to revolutionise patient monitoring in the operating theatre. 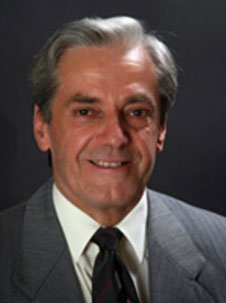 Things can go wrong very quickly when a patient is under a general anaesthetic.

That’s something anaesthetist and University of Otago Associate Professor Michael Harrison has seen many times over his career.

To combat this he has developed a novel monitoring system that doesn’t just pick up on potentially significant changes, it actually tells the anaesthetist that they have occurred.

AWARE (Audible warnings anaesthesia-recording expertise) is an anaesthesia monitoring software package that has been 20 years in the making, Associate Professor Harrison of Surgery and Anaesthesia at the Wellington campus explains.

It is the result of the collaboration of many anaesthetists and engineers, from Auckland to Dunedin, to Boston, USA and Liege in Belgium. The latest clinical study was published in January in Computers in Biology and Medicine, and was completed in collaboration with Mathew Zacharias and Ross Scott-Weekly in Dunedin.

“Up until now the monitors that are used routinely collect measurements of basic things like blood pressure and heart rate. This system is a quantum leap into the future with the ‘artificial intelligence’ computer program being able to tell the anaesthetists when things are not quite normal.”


"This system is a quantum leap into the future with the ‘artificial intelligence’ computer program being able to tell the anaesthetists when things are not quite normal."

The program looks for a variety of patterns of change in many of the monitored measurements and if they are significant will warn the anaesthetist in plain spoken English.

The words used are to draw attention to a possible problem and leave the anaesthetist to make the final decision – for example, if it detects a drop in blood pressure in combination with appropriate changes in heart rate and pulse volume it will say, “Hypovolaemia is possible”.

Associate Professor Harrison is proud of the system, and says he had a “breakthrough” moment when testing the system for the first time in a Wellington operating theatre several years ago.

“I attended a complex procedure as an observer, and was told to keep out of the way and keep quiet. I had been sitting with the computer for a couple of hours when it said, quietly: “Hypovolaemia is possible”.

“You would think that it should be obvious if a patient is bleeding, but blood loss can be hidden by surgical drapes. Just as the machine spoke the anaesthetist began looking around the operating table and discovered a puddle of blood.

“I thought ‘yes!’ this software is a really useful.”

During surgery there are many possible distractions – phone calls, attending to other aspects of patient care, like checking blood for transfusion for example, he says.

"To have actually finished the project with a working product is to me the perfect ending to an academic career."

“Whilst doing these things the new monitor maintains constant vigilance over the patient’s status.

“The goal of this exercise is not to diminish, or question, the clinical acumen of the anaesthetist; it is simply another tool in the goal for greater patient safety, as turbulence warnings are for pilots.”

The software is now available – and Associate Professor Harrison says he is working to break into the global monitoring market with it.

“It has the potential to revolutionise anaesthetic monitoring across the world.”

And for Associate Professor Harrison, who is now semi-retired and working at Otago’s Wellington campus just one half-day each week it is a wonderful way to round out a career in anaesthetics.

“Getting the software to the point of sale is a huge step. To have actually finished the project with a working product is to me the perfect ending to an academic career.”