Proof of Concept competition a winner 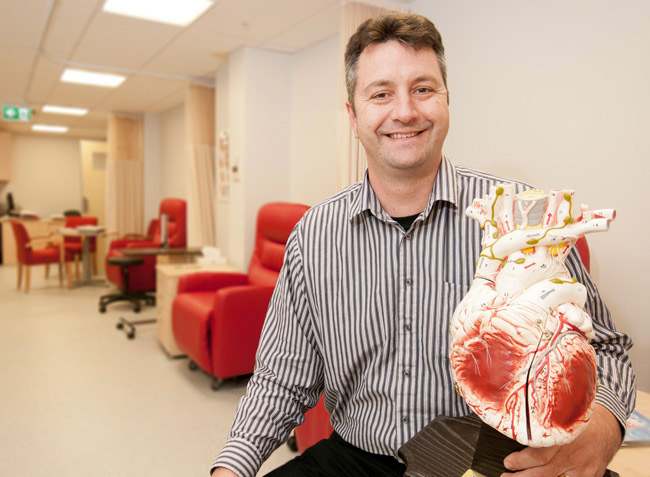 At the heart of the matter ... Associate Professor Chris Pemberton.

A company created from revolutionary University research - that aims to tap into a global market worth about $1.5 billion - says having won Proof of Concept competition funding helped make the research package an attractive proposition for commercialisation. 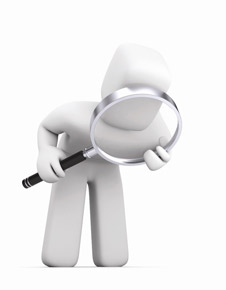 Upstream Medical Technologies has a pipeline of tests that focus on improving the diagnosis of severe heart problems and the care those patients receive.

The company’s lead product is revolutionary because there is no existing single test for unstable angina, which can result in life-threatening heart attacks.

Acting chief executive Dr Ruth Appleby says the condition is diagnosed by excluding other conditions, and confirming unstable angina can be difficult using current testing regimes. That means patients have to be kept in hospital under observation for several days as “the risk of missed-diagnosis is unthinkable.”

But if the Otago test was used with other standard tests, doctors would be able to identify whether the chest pains were being caused by unstable angina or not more easily and quickly.

When parent company Powerhouse Ventures initially considered commercialising the pipeline of tests created by a research team led by Professor Mark Richards and Associate Professor Chris Pemberton at Otago’s Christchurch campus, a due diligence criteria was that the research had received a grant which involved being reviewed by an external panel, and having won the Proof of Concept competition fitted that bill.

“Not that this particular group needed further verification of the great work that they’re doing - it really is world class. It was just another proof of how good they are.”

Dr Appleby says the company will profile its lead test at an event in the United States soon, called BIO, where companies can link up with potential funders.

She wants to secure a large pharmaceutical company’s interest to help fund the regulatory processes new medical products go through for governments to approve them for use in their countries. Those processes include trials involving humans.

Upstream Medical Technologies also expects to start selling components of various tests in their pipeline for use in research worldwide by next year. They include a new, more reliable and faster way of detecting whether people have had heart attacks, which attracted the Proof of Concept funding.

The company is marking its first six months in business just as the Proof of Concept competition is celebrating its first decade.

Francesca Rollason, the commercialisation manager at the University-owned company Otago Innovation, which commercialises the University’s intellectual property, says Proof of Concept has assessed 143 projects during the past 10 years.

Two projects have gone on to be successfully commercialised; one is licenced to a global dental materials company (the terms of the deal are confidential) and the other has formed the spin-off company Upstream Medical Technologies, a partnership between Otago Innovation and Powerhouse Ventures.

A further 11 projects from Proof of Concept are still in the pipeline, with the aim of commercialising them in the near future.

The Proof of Concept competition 2016

• The grant available is $60,000
• Applications close on Monday May 9, with a commercialisation workshop being run for potential applicants on May 2
• The competition is open to all the University’s academic staff. Students can apply in conjunction with their supervisor
• For more information, please click here or go to www.otagoinnovation.com