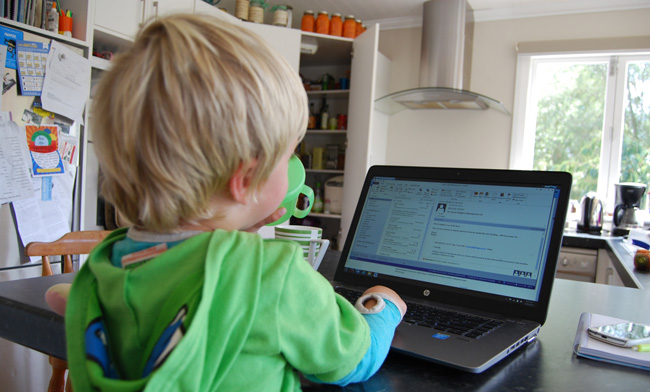 Otago research has sought to discover what life is really like for “mumpreneurs” – women with between one and three children younger than 14, who run their own businesses.

Female entrepreneurs juggling their children, households and their growing businesses do not necessarily need more access to childcare, but many would like more help around the house¸ an Otago study has discovered.

Management Lecturer Dr Jodyanne Kirkwood interviewed 15 New Zealand “mumpreneurs” late last year – women with between one and three children younger than 14, who run their own businesses.

The study, supported by the New Horizons for Women Trust, sought to find out what life is really like for mumpreneurs. The aim was to show other women the reality of the situation, and give them advice, while also discovering what the Government could do to support these women.

“The domestic set-up of many of the women we interviewed was very traditional. In some ways it was a 1950s/60s model, but with a serious business added in. They were trying to do it all – look after the children, complete the bulk of the domestic chores, do the shopping, and run the business”

But they were not looking for extra assistance with childcare, she says. 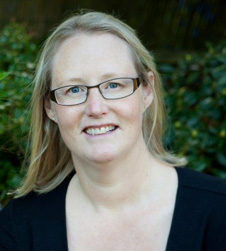 “In fact, for most of the women, childcare costs and availability were not the primary reason for starting the business. The women generally wanted flexibility in terms of their hours (of) work so they could spend as much time as they wanted with their children, helping out at school and being available to their children during the afternoons.”

Dr Kirkwood says life for these women is extremely busy. Many worked “two shifts”, one during the day while their children are at school or day-care, another once their children are in bed. The women often work 60 to 70 hours a week during the start-up phase, then that can drop over time once the business is more established.

“But they leave themselves out. Many are not exercising, and don’t mention hobbies. Working is their hobby – they’re so passionate about what they are doing that they happily work these hours, often for little or no income initially.”

Dr Kirkwood says the women are “amazing” and are doing “amazing things for their kids”, putting them as high as possible in their priority list.

However, in some instances their relationships with partners suffers.

“Some women found themselves working in bed and being asked to switch off their computer by their husbands, or sometimes the spouse felt somewhat jealous of the mumpreneurs’ business and it taking over time that may have ... used to have been time that was for them as a couple.”

The other area in which many of the women struggle is the “vast amount of domestic chores that come with having children and running a household”.

“A number had strategies to assist with this, such as having cleaners for a few hours a week, nannies that would help with chores and cooking, and others spoke of using prepared meals or takeaways to reduce the burden of cooking.”

And it was support with these chores - rather than an increased number of free or subsidised child-care hours - which the women said they would like from the Government.

“This would enable them to work on their business, as well as spending the time they wanted to with their children, without having to worry about cleaning the house on top of their other responsibilities”

While the results suggest the mumpreneurs are extremely busy in managing their work and their childcare, alongside running a household, the women are mostly very pleased with how mumpreneurship has worked for them.

Dr Kirkwood is hoping to continue this initial research, to speak to a larger number of mumpreneurs.