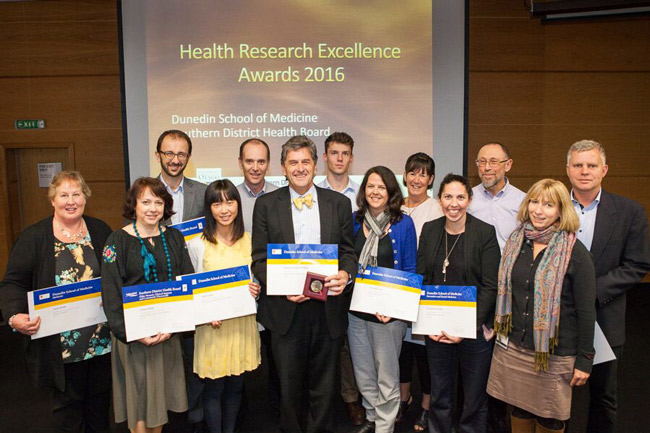 The citation says Professor Walker is one of the Dunedin School of Medicine’s “most well-performed scientists”, as well as Head of the Department of Medicine, and a nephrologist (kidney specialist) at the Southern District Health Board.

His research has covered a broad range of topics relating to kidney function and resulted in well over 200 academic papers, along with membership of several national and international societies involved in kidney function research.

He received the medal last night during the annual Health Research Excellence Awards, which celebrate “the ongoing and unique research partnership” between the Dunedin School of Medicine and the Southern District Health Board. 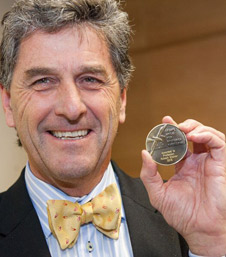 His work aims to study the function of the kidneys as they age, particularly in people with complicating conditions such as diabetes.

There has not been much research on prescribing medication for such patients, when that approach is becoming increasingly relevant as the population ages and rates of those conditions rise.

Professor Walker’s work will focus on how the kidneys excrete drugs in those types of scenarios to identify more accurate and safer prescribing practices, and his research has already achieved international prominence.

Two health board staff have also been awarded inaugural Health Service Delivery grants, which demonstrates the collaboration between the health board and medical school that aims to improve patients’ care while reducing the costs of patients being readmitted to hospital.

Their particular focus was making prescribing more accurate and safer, with better communication between the hospital and health care teams that will care for patients in the community.

During the award ceremony at the Otago Museum’s Hutton Theatre, Occupational Therapist Luciana Blaga talked about her research into developing and implementing an education programme for patients on the waiting list of the Pain Service.

Other award winners were:

Professor Philip Hill, (Preventive and Social Medicine)
“Impact of the introduction Pneumococcal Conjugate Vaccination on Invasive Pneumococcal Disease in the Gambia: Population-Based Surveillance Before and After Vaccine Introduction”