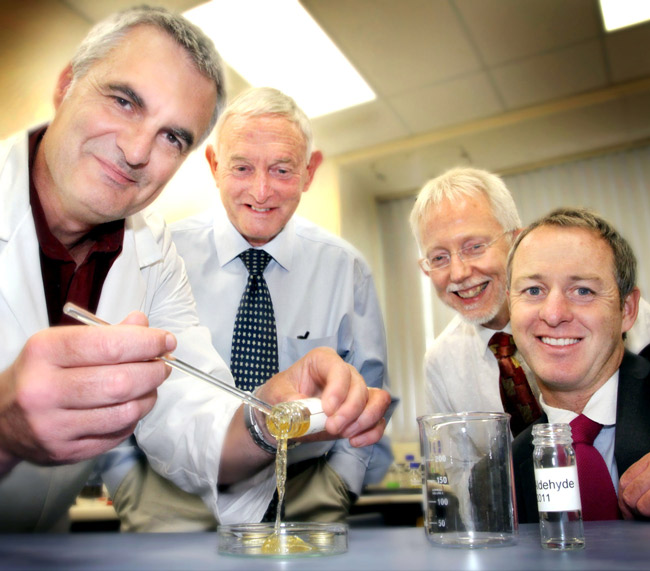 A Department of Chemistry researcher has been awarded more than $80,000 to develop an innovative technology for controlled drug release based on mechanically-sensitive gels.

Associate Professor Stephen Moratti’s newly announced project will pursue novel materials that contain nanoscale drug reservoirs that can be triggered to release their contents through stretching, compression or ultrasound.

The project was one of 10 selected for support through the Science for Technological Innovation (SFTI) National Science Challenge’s seed fund.

Associate Professor Moratti says he and his team will initially aim at implantable drug depots and bandages.

“The key idea is that drug release can be triggered when needed, and that this could be repeated many times,” he says.

"If long-term repeated release could be demonstrated, this could be used widely in many clinical situations."

By using ultrasound for the depots, the drug release can be done non-invasively, potentially over a period of many weeks. The bandages could be used to hold unstable molecules such as proteins that can be used to promote healing - upon stretching the proteins are released to be active.

While pressure sensitive plastics and rubbers have been developed, this project will be the first time that the method has been applied to soft gels. The key is in producing gels with the required mechanical strength, he says.

“We have found generic ways of toughening gels and now want to integrate these gels with microscopic drug capsules that can be broken open inside the gel.”

‘If long-term repeated release could be demonstrated, this could be used widely in many clinical situations where pulsed delivery is desirable. These include epilepsy, cancer, pain relief and heart arrhythmias.”