Implications of a mobile society explored 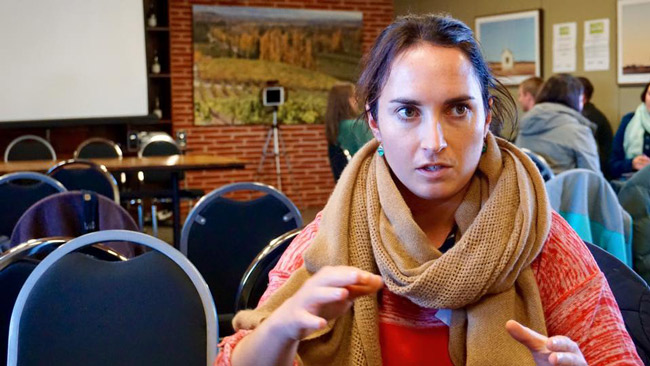 Otago PhD graduate Anita Perkins speaks at a seminar. Her book Travel Texts and Moving Cultures: German Literature and the Mobilities Turn explores the effect of mobility on society.

People are on the move more now than ever before, but what is the true effect of mobility on society?

PhD graduate Anita Perkins has been looking at how different people respond in an increasingly mobilised world and what that means for us.

Dr Perkins explained traditional ways of studying culture rely on fixed notions of people and place, which overlooks that people move, yet mobility is ever more important in a globalised society.

Mobilities is a contemporary social sciences paradigm that explores the movement of people, ideas and things, as well as the broader social implications of those movements.

Mobilities researchers recognise that people are on the move; the emerging field of mobilities studies places, movement and travel at the centre of human experience. Mobility theory can therefore be used to explore how movement affects relationships, identity and power structures of individuals and society.

Such questions are only beginning to be asked in what is an increasingly important area of academia, but mobilities research has so far concentrated on disciplines such as geography and sociology - using literature to explore mobility is a very new concept.

Dr Perkins has become a leader by using literature to help understand the cultural ramifications of travel, using the analytical theory to examine German literature in her PhD studies.

She recently launched a book based on her PhD at the Department of Languages and Cultures in Dunedin, answering the question ‘How does the experience of travel transform culture over time?’ She has also presented at several forums, including a conference in the UK.

The book is called Travel Texts and Moving Cultures: German Literature and the Mobilities Turn. 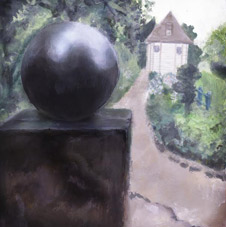 Her comparative analysis of travel texts was from two significant periods of global social change: 1770 – 1830 (historical) and 1985-2010 (contemporary).

Her cultural analysis of mobility in travel texts, both literature and film, presents a unique and illuminating perspective not just on what was happening in the world then, but more importantly how that mobility affected individual people, and influenced society.

“Analysing what people are saying shows how education, technology and culture are also changing, and how that in turn influences culture of today. It has started a process of knowing there are ramifications of intensified travel on people, on the environment and their sense of self.”

Her studies of the earlier period (1770-1830) showed that travel helped to spread new ideas and new ways of thinking across society.

It documented when people travel, what social and political factors enable, force or prevent movement, and what happens to those who stay behind.

Studies of the more contemporary time (1985-2010) showed a turning point into intense mobility around 1989/1990, to the point where now travel is almost seen as a human right.

In East Germany, before the fall of the Berlin Wall, travel to the West was confined to some diplomats and artists - a kind of mobile elite.

Analysis of travel texts from East Germany before reunification show that some people could not accept this immobility, and for them the idea of movement was more important than the destination itself.

Dr Perkins now has a policy analyst role with the Ministry for the Environment based in Wellington.

Find Anita Perkins’ book here.
And an online seminar about the book here.