On 26 November 2014 Dunedin was named New Zealand’s first Gigatown – winning a 13 month-long competition to receive the fastest internet in the Southern Hemisphere.

Now, a senior lecturer from Otago’s Department of Media Film and Communication has been examining the use of a competition to allocate broadband resources and digital infrastructure.

Dr Holly Randell-Moon says her research focuses on social media and city planning – and the Gigatown competition was an interesting exemplification of this.

The competition, run by Fibre Optic Lines provider Chorus, saw 50 towns from across the country compete for internet speeds of 1gigabit per second – 100x faster than standard broadband speeds. 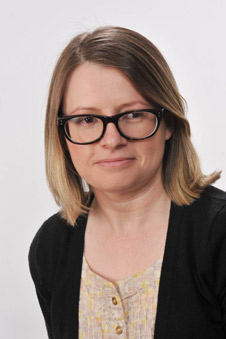 Dunedin joined Gisborne, Nelson, Timaru and Wanaka in the finals, each town earning points when supporters created relevant discussions on social media with town-specific hashtags, and completed different challenges that focused on the social and economic benefits of gigabit services.

In the final round, each town submitted a plan for gig success that outlined how they planned to use gigabit services to foster new ways of learning, playing and conducting business.

“A competitive framework for these resources is a great way to stimulate interest and creativity in broadband and its applications but what happens to the losers of the competition?” she wondered.

To find out, she interviewed the managers of the competition in Dunedin, from the Dunedin City Council and the Digital Community Trust, as well as representatives from Chorus and a number of residents who volunteered their time to participate in the competition.

She says that while the competition was hugely successful in increasing consumer and business uptake of broadband and was a creative and engaging way to promote the benefits of broadband infrastructure for cities and towns, making cities compete for the honour reinforces the idea that some cities and citizens deserve better infrastructure than others.

Dr Randell-Moon has presented her results at conferences in Australia and New Zealand over the past six months.

As well as her interest in social media and city planning, Dr Randell-Moon teaches and researches a wide range of topics. Her published articles range from vampires to the Pope to the role of bodies and technology in structuring television narrative to the political and cultural intersections of whiteness, national identity and Christianity and the zombies that permeate academic workplaces. She is also the editor of the journal Critical Race and Whiteness Studies.

Dr Randell-Moon’s Gigatown research was funded by a University of Otago Research Grant.