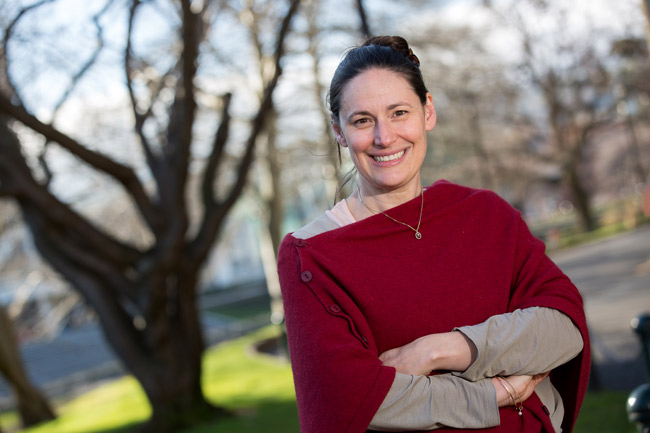 There’s no doubt trust is essential when it comes to solving conflict, but it can be a minefield when trust means different things to different people.

Dr Mariska Kappmeier has been trying to define the nature of trust, and the five dimensional model she has come up with is a global first for intergroup conflict studies.

Dr Kappmeier is a psychologist and conflict resolution practitioner whose research focus is trust assessment and conflict intervention measures. She joined the University of Otago National Centre for Peace Conflict Studies in January 2017.

The University’s Centre is the only one if its kind in New Zealand, and its PhD degree is one of only a few such programmes in Australasia. Students study development, peace building and conflict transformation, and address some of the most enduring and intractable problems confronting humanity.

While there would not be peace without trust, Dr Kappmeier says there are many, wide-ranging definitions in the literature of what trust is.

However there is little that specifically addresses the elements needed to build trust to resolve international conflict, and none focuses on the measurement of tangible trust characteristics.

The Intergroup Trust Model she has developed hypothesises for the first time that trust between groups is shaped by five dimensions:

Competence, integrity and compassion are dimensions which are also used in inter-organisational contexts to conceptualise trust.

However to capture trust specifically in a conflict setting, the dimensions of compatibility and security has to also be taken into account.

Compatibility can be a shared language, but it can also be as simple as rituals and shared holidays. Security can mean being free from physical harm, or the security to retain cultural identity.

Compassion and compatibility in the American police force

Dr Kappmeier’s postdoctoral studies with the intergroup relations lab in the Psychology Department of Harvard University in the United States have already shown that compassion and compatibility are key elements of trust for American police to work on.

"It’s interesting because the high profile conflicts between police and African Americans have resulted in more training for police."

She tested her Intergroup Trust Model by studying a neighborhood in Boston in 2016, specifically surveying trustworthiness in the police force for a mainly African American community, a mainly white community, and for a more diverse community.

She wanted to better understand how the expectations in the police of black communities differ from white communities.

“It’s interesting because the high profile conflicts between police and African Americans have resulted in more training for police. But there is little understanding that it’s compassion rather than competence that needs more development in the police force.”

How trust is shaped

Dr Kappmeier has also studied trust building and conflict between communities in Moldova and Transdniestria in Eastern Europe.

Using social psychology to identify similarities and differences in trust in these studies helps to understand how trust is shaped and how to build strong relations between the communities. That in turn helps to better understand identity, and tackle the challenges of diverse societies.

"My work has been centred in Europe and the United States, but being based here means opportunities to focus on ethnic conflicts across Asia and the Pacific."

“This is a tangible first step for peace building, be it in communities or globally – we can ask the same questions in any ethnic communities dealing with conflict.

“It shows that peace grows where we sow trust" (trans. German proverb).

The model is a more comprehensive and tangible look at identifying trust values; the aim now is to develop scales to more specifically measure the five characteristics.

Dr Kappmeier is also keen to use this knowledge to understand, from her location in New Zealand, how trust can be built between institutions and the diverse ethnic groups they serve.

“My work has been centred in Europe and the United States, but being based here means opportunities to focus on ethnic conflicts across Asia and the Pacific.”

Dr Kappmeier received her PhD in Psychology from the University of Hamburg, Germany.