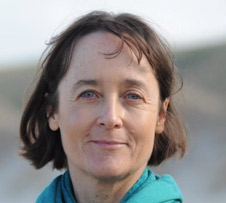 In the coming decades, more and more New Zealand communities will be exposed to flooding and coastal erosion made worse by climate change. A new report and research by an Otago academic highlights what we need to do to prepare.

The imminent impact of climate change is unlike other natural hazards because it will incrementally worsen over time – the Parliamentary Commissioner for the Environment called sea level rise a “slowly unfolding red zone”.

This is new territory for New Zealand, and we don’t yet know how communities will respond, nor is it clear what steps will reduce vulnerability and build community resilience to climate change impacts in the long-term.

"Climate adaptation processes need to be carefully designed and delivered, especially for the more vulnerable."

Some communities will be resilient but others may find the physical, social, financial or emotional consequences difficult to recover from.

“Climate adaptation processes need to be carefully designed and delivered, especially for the more vulnerable,” says Associate Professor Janet Stephenson, lead author on the report and Director of the University of Otago’s Centre for Sustainability.

“Decision-making institutions such as councils will need to be proactive in working with exposed communities,” she says.

“They will need to anticipate the support that communities will require, and will need to offer equitable solutions. Iwi and community members will need to be involved in climate change adaptation processes, and be in a position to make informed decisions about their future.”

The report outlines our current knowledge and identifies priority areas of research needed to prepare communities for a changing climate.

"I hope that this report will continue to underpin further research on exposure, vulnerability and resilience for coastal and flood-prone settlements facing a climate-impacted future."

“For example, law and policy need to be fit-for-purpose for the new challenges of climate change. This includes the role of government agencies, limiting exposure to hazards, and how we will finance adaptation.”

The report emerged out of a Deep South Challenge Dialogue, in which participants ranged from academics and scientists working in health, sustainability, hazard management and climate and environmental science, to representatives of iwi, migrant and local communities, and particular groups such as older New Zealanders.

The report also identified that we need to know much more about the extent to which flood mitigation schemes will or won’t help to protect communities under climate change and how information about climate change impacts can be more effectively communicated.

“I hope that this report will continue to underpin further research on exposure, vulnerability and resilience for coastal and flood-prone settlements facing a climate-impacted future,” Associate Professor Stephenson says.

From the knowledge gaps identified in the report, the Deep South Challenge has recently funded two projects that go some way to addressing these questions.

The first project, Climate adaptation, vulnerability and community well-being, led by Associate Professor Stephenson, is using case studies in the Hutt Valley and South Dunedin to investigate how councils already engage with exposed communities, whether any engagement is influencing adaptation, and options for improvement.

“We will explore how community groups, iwi, businesses and NGOs are involved in self-motivated adaptation actions, and the intersection with councils’ mandated roles and responsibilities.

“Our project also focuses on more vulnerable community members to consider whether additional actions – not just engagement – are needed to ensure they are not further marginalised by adaptation processes.

“We are also surveying councils around New Zealand to see how they are engaging with their communities on adaptation processes. We will be drawing from all of this work to develop a suite of recommendations for policy, process and adaptation practice,” she says.

Economic losses from flooding are substantial in New Zealand and are projected to increase. Floods have caused almost $300 million in damages since only 2014 (not including the New Year floods of 2017/18 or more recent flooding), with particularly disruptive impacts on homes and farming.

The research will explore whether or not all flood-prone settlements have flood mitigation schemes in place and will catalogue and map scheme locations using regional council data.

Both the newly released report and this new funding are an attempt by the Deep South Challenge to ensure that people, and communities, are at the heart of the conversation we need to have nationally about climate adaptation.