"It matters that the girls in the future would feel comfortable, safe and wanted.” 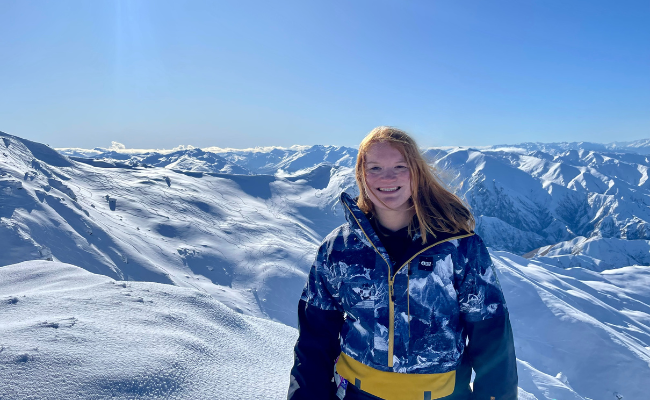 Katie Hensman put in six years of study towards her law degree and has successfully advocated for better facilities for women in rugby.

She’s put in six years of study towards her law degree and has successfully advocated for better facilities for women in rugby.

Now, Katie Hensman is ready to grab her career with both hands.

The Bachelor of Law and Bachelor of Arts (Politics, Philosophy and Economics) student already has a job lined up for when she finishes her study at the end of the year.

“I’m returning to Queenstown to take up a job at a law firm I previously interned in. I’m excited, there are really cool people in that firm who I’ll get to work with.”

The 23-year-old was recently nominated for several 2023 Blues and Golds Awards.

“A friend of mine nominated me. I was honoured that she would think so highly of me and take the time out of her day to write a big statement and get letters of recommendation on my behalf.

“Sometimes you go through a time where you’re doing a lot to make a difference but maybe no one notices. Recognition isn’t why you do it but it’s always amazing to think I really have been noticed.”

“I became a committee member for them three years ago. I’m the youngest on the committee. When I joined there was only myself and my coach who were women on the board, so I wanted to make things equal for women on the club. It didn’t seem right that the men’s premiere teams were getting fancy new kits and the women’s teams were getting hand-me-downs.”

Katie took it upon herself to go a step further for the women in the club and entered them in a Bunnings campaign to win an $30,000 upgrade to facilities.

“The bathrooms were pretty desperately in need of an update and catered towards men. I ended up winning the 30k for the club and took it to the committee who sent me off to make it happen – it was a busy summer of managing consents and finding plumbers and builders who could help.

“We managed to demolish what we had in the bathroom and rebuild completely within six weeks. It didn’t matter if I was up until 1am painting it. It matters that the girls in the future would get to use it and feel comfortable, safe and wanted.”

As well as her role for the club Katie is Vice President of the Otago University Snow Sports Club. She says these outside activities are hugely important while studying and play an important role of finding your tribe and settling into life away from home.