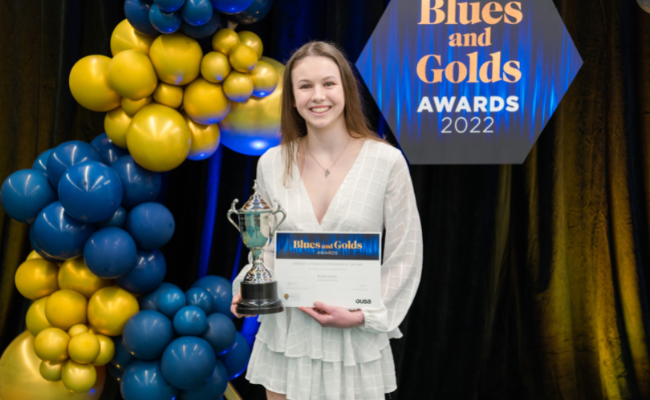 Brooke Davies received Sportsperson of the Year for her achievements in Aerobic Gymnastics.

The highest degree of sporting, cultural, community and arts achievements among Otago University students have been celebrated with the awarding of Blues and Golds.

The annual awards, co-ordinated by OUSA in collaboration with the University of Otago, were held in front of a happy audience on Thursday, after a hiatus of two years.

“It is very exciting that the Blues and Golds Awards have been able to proceed this year in a full in person format, for the first time since 2019.

“It’s such a privilege to have been able to acknowledge these students in person, recognising and celebrating the highest degree of sporting, arts, cultural and community achievements among University of Otago students.”

Bachelor of Science student Brooke Davies received the top award of Sportsperson of the Year for her high performance in and service to aerobic gymnastics.

Among the recipients for the wider awards are Corey Symon who received a Blues award for Fencing and Rugby player Katie Hensman who received Outstanding Member of the University of Otago Community. 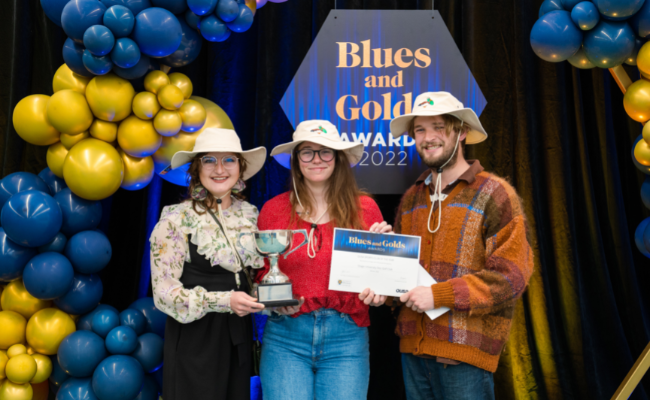 OUSA president Melissa Lama says it is important to uplift and acknowledge the University’s students in the community who are thriving in various spaces.

“We want to celebrate their achievements and give our support for their hard work to achieve at a high level.”

Blues awards, for sporting success, have been awarded since 1908 while Golds, which acknowledge arts and cultural achievements, were added in 2002.