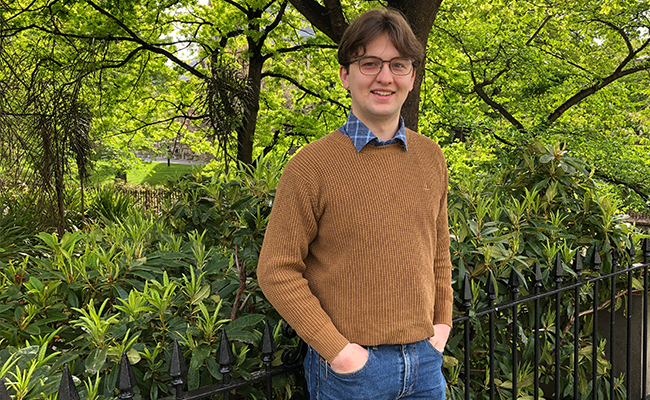 Increased StudyLink payments and an improvement in the quality of rental properties in North Dunedin are high on the priority list of next year’s Otago University Students’ Association president.

“Money’s tight everywhere, right? And that’s definitely a big worry for students when your grocery bills are shooting up. The same thing is happening with rent,” says Quintin Jane, who was elected in October to be the 2023 OUSA president.

Quintin says he has a good relationship with North Dunedin MP David Clark, having worked with him previously on a few things.

“I’m looking forward to working with him to make sure those issues are acknowledged.”

He is also hoping to work with the Dunedin City Council and the Government to address the “cold, mouldy” rentals many students find themselves in.

A news reporter for Radio One for the past two years, Quintin has also written stories for Critic Te Arohi, including covering a lot of student politics.

“It’s something I’ve been interested in right from the get-go.”

COVID-19 saw student engagement with OUSA drop quite significantly, an “unfortunate reality” when people were isolating for weeks at a time. He hopes to turn that around and raise the visibility of OUSA again because he believes what the organisation does is really important, he says.

Re-opening Starters Bar as part of the Harm Reduction Strategy and establishing a “clear cut” policy for students isolating with COVID-19, were two other things he was keen to see done.

“When you first find out you have COVID, you don’t want to have to straightaway send all these emails to your lecturers to work out what’s expected of me.”

It would be easier for students to focus on isolating and recovering, knowing there was a plan in place for their studies.

He feels that issue has fallen off the radar a little with the recent mandate changes, but says COVID-19 is still definitely present in North Dunedin.

Originally from Rangiora, Quintin arrived in Ōtepoti Dunedin in 2019 to study Health Sciences First Year. Six weeks in, however, he realised it wasn’t the course for him.

He really enjoyed an open lecture he attended in 2018 on politics and this year completed his double major in Politics and Chemistry. He has two papers to complete to finish his minor in Maths.

He is also no stranger to presidential roles.

“I spent two years as the head of both of those, it was really good, and I really enjoyed it.”

By the time he handed over his presidency, he had grown the Maths and Physics Students’ Association number of members from 60 to 144.

This was partially because of the inclusion of physics, but overall he was happy with what he achieved.

“We got events going and gained a bit of momentum. It was just really well received in the department.”