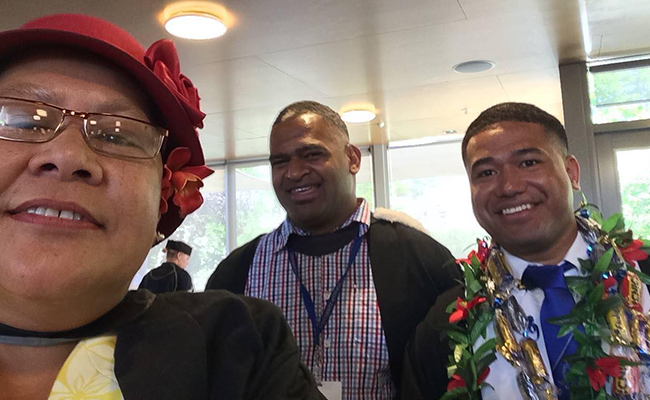 A new cohort of behind-the-scenes healthcare heroes are about to graduate from the University of Otago.

Bachelor of Health Sciences in Pacific and Global Health graduate Raymond Une and Bachelor of Medical Laboratory Science graduate Ratunipulu Bishop will cross the stage to receive their degrees on Saturday.

The pair are examples of the different ways people can train for work that contributes to positive health outcomes for people.

The degree is Ratunipulu’s third qualification from Otago after completing a Bachelor of Science in genetics and a Diploma for Graduates in molecular biotechnology.

Through genetics he developed an interest in laboratory work and viewed the Medical Laboratory Science course as an opportunity to expand his options in the job market.

He says his favourite aspect of his course was getting into the “nitty-gritty” of what actually happens in the body.

He found his niche in haematology while completing his course, but says it has always been an interest of his.

“If you’ve got no blood you die, so it’s always amazed me how blood works and how it transforms itself, how it stabilises itself.”

As a “village boy from Tonga”, Ratunipulu’s initial dream was to serve his community by becoming a doctor.

Instead he discovered that he could contribute to positive health outcomes for his people in other ways.

“I know we all want to make our parents proud but understand that what makes you proud will make them proud too.”

The desire to help his kāinga (family) brought him to Otago in 2012 when he joined the first Pacific Opportunities Programme at Otago (POPO) Foundation cohort with Va’a o Tautai – Centre for Pacific Health.

He says he is grateful to the Pacific staff at the University who have supported his journey over the years, particularly the former manager of the Pacific Islands Centre Tofilau Nina Kirifi-Alai.

“Nina would tell you things straight up. Sometimes there is no nice way of saying what you’ve done wrong. She’ll say it to your face, but that’s the Island way.

“Sometimes it comes and it’s hard to take, a hard pill to swallow, but you know her intentions are to make you better.”

He has landed a job at Wellington Hospital as an intern scientist, and will progress to a registered scientist after six months of experience.
Raymond Une also came to Otago to join a Health Sciences Professional course. 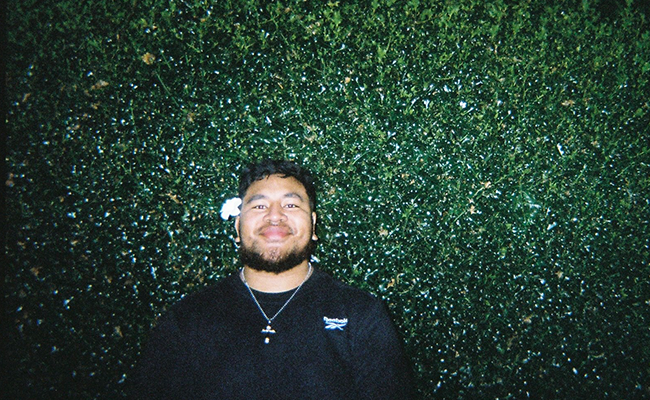 Witnessing the burden of disease on his community, health was always an interest of Raymond’s.

He completed the POPO Foundation year in 2018 and after finishing HSFY in 2019, decided he wanted to part ways with the “heavy science stuff”.

He switched to Bachelor of Health Sciences in Pacific and Global Health to gain another perspective on health and was surprised by the scope of the course material.

“It helped me understand a lot of gray areas in Pacific health that I didn’t really know, like how climate change really did directly affect our people in the Islands.”

"That’s what motivated me every day, knowing I can shine some sort of light on our Pacific communities."

“Health in the Pacific all comes down to resources and education, not because the health issues among our people were brought on by their own negligence.”

Becoming educated on non-communicable diseases was a goal for Raymond, as both of his parents struggle with health problems of their own.

He says his course broadened his perspective on health and wellbeing to include consideration of environments, societies and policies.

“At the beginning I didn’t want anything to do with policy because I thought it was too big for me, but as you grow through this degree, you understand that everything starts with the policies that are put into place and then it trickles down into all the health professions.”

His favourite part of the course was an assessment where he got to speak in front of Pacific communities in Ōtepoti.

He was tasked with presenting information on a particular health topic and his group chose the oral health of children and its impacts on life expectancy.

“Other degrees can educate you, but with this degree you get the chance to educate your community and impact other people’s families, their children and their future quality of life.

“That’s what motivated me every day, knowing I can shine some sort of light on our Pacific communities.”

His biggest highlight from his time at Otago has been the friendships he has made. These friends consoled Raymond after his HSFY did not go as hoped.

“I was my biggest critic at the time.

“My friends helped me understand that my grades don’t define me. The sun will rise again and it’s not the end of the world.

“You can always repeat a paper. There will always be another opportunity to redeem yourself and get better grades.”

He experienced homesickness when he first arrived in Ōtepoti but says he soon found people that made him feel at home.

“If you have a good group of friends that echo your own values, make you miss home a little less but also motivate you to keep in touch with your family, that’s the best place to be.”

Prayers from back home as well as the support of Va’a o Tautai, his partner, his friends and his church are what got him through his course, he says.

He now hopes to support other students completing Health Sciences courses at Otago through his connections at Va’a o Tautai.