A young rapper with a message to inspire 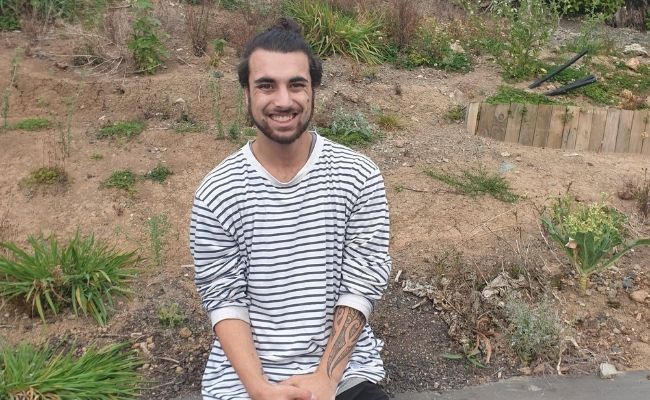 From military training to a hospital bed an up and coming rapper has a message to inspire.

Bachelor of Music first-year student Tane Mercer is not just any performer. With a story of resilience and a passion for encouraging other young people he is already making waves in the world of rap music.

“In 2018 I got hit by a truck. I was at a pedestrian crossing and the driver was on his phone. The accident sent me flying 17 metres and left me with a broken spine and ribs."

During his recovery Tane says he would lay in bed and listen to mainstream music on the radio.

“Bedridden, I was unable to change the station if I didn’t like the song. A lot of the messages I heard in this music weren’t necessarily a positive influence for young people. It wasn’t just the fact that it wasn’t positive either, a lot of it didn’t feel authentic and was quite repetitive. It got me thinking maybe I could do something.”

Before his accident Tane had spent the past few weeks training at Limited Service Volunteer (LSV) at the New Zealand Defence Force with a future career in the military as his goal. The then 20-year-old, had to change his career-path.

“I decided I wanted to give music a try. While I was training for the army I had rapped for some of my leaders there and they all encouraged me to pursue it as a career.”

“I was nervous to start studying because I wondered ‘what if it wasn’t the right place for me?’ I was afraid that I might not be good enough. My accident taught me there are scarier things out there. Going through the stages of learning to walk again gives you some perspective.”

The 22-year-old, who went to speech therapy as a child, recognises the challenges he has overcome to get to where he is.

“Starting my studies here has reiterated to me this is where I’m meant to be. Being with the staff and working in this atmosphere has shown me I’m in the right place.”

Going by the stage name Mercernary, Tane has performed at Rhythm and Vines and previously been named Dunedin Rap Battle Champion. He recently gained the attention of Noise Zealand producer Charlie Brown who is known by the name Optimus Gryme.

“I was working the door at an Optimus Gryme gig and when I saw an opportunity that evening I went and introduced myself and asked if I could rap for him. He said ‘yeah of course’ and afterwards he asked if he could make beats for me.”

From there, the student has gained not only a mentor from an industry professional but developed a friendship with someone he aspires to be like.

“He’s someone I’ve looked up to from a young age and now I’ve done a show with him. I often ask him for advice and he takes the time to care about my career. It puts a smile on my face to know I have a friend like that and it’s a step closer in my goal of creating an album which represents New Zealand in rap music.”

“Nine months ago the DEEPER_FREQ crew brought me to Dunedin for a gig. A guy came up to me and asked if he could spit me some bars. That happens, especially at an after party, and it ends up being average to say the least but this time as soon as he spat his first bar, I could hear the talent right away.” 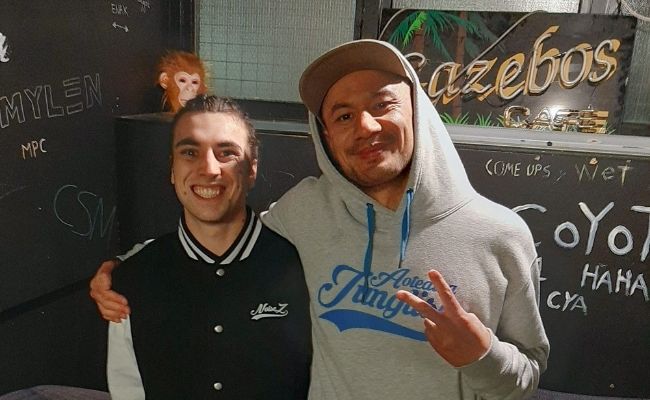 Tane recently gained the attention of Noise Zealand producer Charlie Brown who is known by the name Optimus Gryme.

Currently Tane is working on his new single ‘Study Life’ which recognises the importance of education in his journey.

“Get a couple loaves of bread, won’t complain about the feed. Could afford a little more, if it wasn’t for the fees. Everybody gotta learn, why isn’t knowledge free?”

Senior Lecturer in Music Dr Ian Chapman has been proud of the work Tane is doing.

“The positivity of his latest song is something that really grabbed me. It’s important because it’s relevant to the younger generation.”

With limited experience recording his own music Tane was thrilled at how quickly he picked up new skills in his music classes.

“I didn’t know how to use this software before studying here. Within a few lessons I came up with this song. The course here has already taught me so much.”

Reflecting on his new single which is set to be released in the coming weeks Tane’s cause is close to his heart.

“I have niece and nephew who are still in school and I hear what they listen to and I think we can change the message in modern music. I think in the music scene currently people are overindulging in songs about substance and not really putting in enough thought into what they’re writing about. The younger generation can be easily influenced and when you have a bunch of people running the scene who aren’t putting any safety measures in place you can see young people follow that example.”

“Music is ever-changing. I don’t want to only follow trends, I want to set them. Music saved me. I feel like if with my songs I can help just one other person I will be fulfilled in my career.”

Tane’s new album The Arsenal is in the works to be produced this year. In the future his goal is to create a music video for his latest single Study Life with funding from New Zealand on Air. Until then, you can find his latest music on YouTube and Soundcloud.