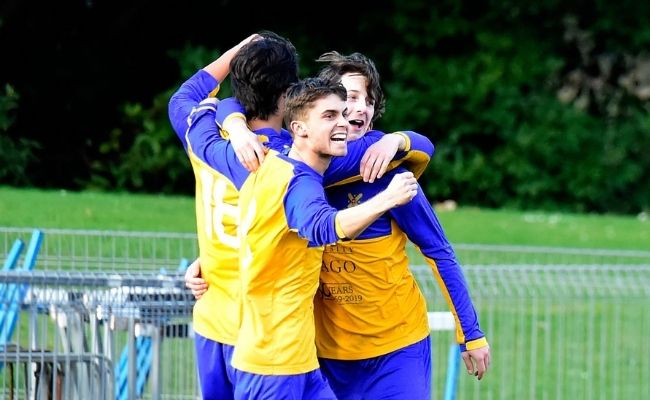 The team was the last of two South Island teams in the Cup, alongside one from Christchurch. Photo courtesy of Rab Smith.

The Otago University Football Club recently made history as the first Otago team to progress to the quarter final of the Chatham Cup.

The team was the last of two South Island teams in the Cup, alongside one from Christchurch.

Bachelor of Law and Commerce student Ben Deeley, who is currently on the team, says he’s incredibly proud of how far the team have gotten this year and is excited for future games.

“We are currently top which is a huge achievement. If we make the top two then we would make the National League. It’s a fantastic achievement, I’m quite proud to represent the University, it makes it quite special and playing with your peers is exciting.”

The second-year student, who was originally offered a scholarship to Brown University, says that Otago has been a great fit for his passion for football and law.

“I’m loving being part of the team. I’m hoping now we can push forward to the National League. Our team is made up of individuals 17 -22 years old and we are playing against older teams - showing we can compete at their level is exciting.”

Midfielder Oban Hawkins who is currently completing his third-year Bachelor of Medicine and Bachelor of Surgery student says that though the team didn’t make it to the semi-finals, they’re proud of how far they got.

“It means a lot to us to have made history but we’re super gutted that we didn’t go that extra bit further with the semi being so close so it makes it all quite bittersweet.”

While they didn’t quite reach the end goal, Oban says it’s quite the skill to study and compete which in itself is another achievement.

“Balancing study and football can be difficult at times but as long as your productive when you study and then locked in while you're training it's sweet.”

The competition started in March and the team are looking forward to continuing to represent Otago at future games including at the Southern Conference of the National League. The league comprises three Dunedin teams, four Christchurch teams and one from Nelson.