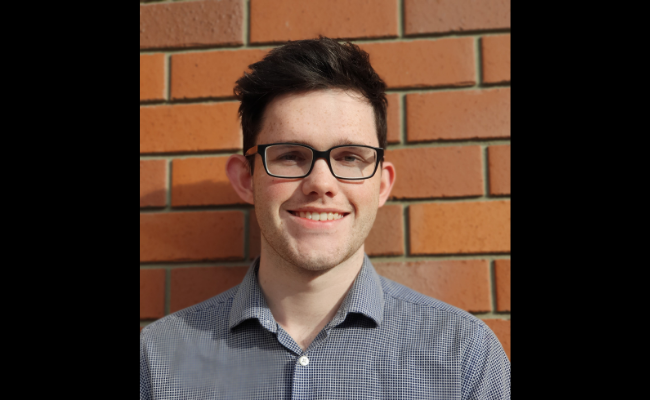 It’s not usual for medical students to do research on the side, and even less usual for them to be primary author on a research paper.

He was the primary author on his second research paper about prostate cancer survivorship, which looked at research on a patient’s willingness to try various sexual management strategies after their cancer treatment.

They worked on research into prostate cancer, which is the most common type of cancer in New Zealand men, with approximately 3000 being newly diagnosed each year and with most of them facing sexual dysfunction following their treatment.

That initial research looked at the factors that affected the maintenance of sexual activities after cancer treatment, identifying that there was often a significant or complete loss of sexual intimacy between couples.

He kept on with the research alongside his busy medical studies and has now published additional research on management strategies to stay sexually active, which might include common and less commonly prescribed strategies.

His paper found that the use of available strategies depended on its appeal to the patients.

The perceptions patient had of sex, and communication they had with their partners, were crucial to the choice of strategy and the success of them.

Originally from rural Christchurch, Cassian felt passionate about helping people and so he came to the University of Otago to pursue medicine.

“In those early years of study, a person doesn’t really think of research as a career pathway and, truthfully, neither did I because I was focused on studying hard to become a doctor,” Cassian says.

He goes on to explain how his research journey only began when he started working as a research assistant for Dr Wibowo and Dr Rapsey.

He was grateful that they took the time to support his learning and even teach him some fundamental statistics skills.

What fascinated him the most about the research process was identifying the gaps he had in his knowledge and then finding the steps to “practically pursue the answers to those gaps.”

“When you have a finding that might actually help contribute to a patient’s health in some way, that’s is greatly rewarding,” Cassian says.

“I’m grateful that I had the opportunity and freedom to do both at the University of Otago and I look forward to continuing to pursue further research.”

Dr Erik Wibowo adds that, from the first time he had met Cassian, he had expressed a “genuine interest in the sexual quality of life for prostate cancer patients”.

“This is an important topic in cancer survivorship because sexual dysfunction is very common among prostate cancer patients and so we were pleased to have worked with Cassian and have been grateful for his involvement in our research,” Dr Wibowo says.