Shakespeare but make it Kiwi 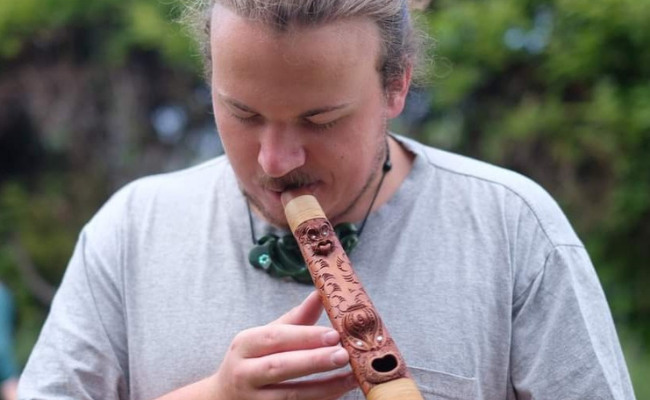 Tomuri Spicer shares a little about the special elements he’s had the joy of bringing to the show as first fairy and company musician.

It’s lights, costumes, action - but not as we know it for the cast of this year’s Summer Shakespeare.

Preparing to present a world of naughty fairies and outrageous plot-points to fascinated onlookers, the team have been more than prepared for the hurdles COVID-19 could throw their way.

While navigating government mandates, the creative team have also seen this show as an opportunity to incorporate New Zealand’s own culture in traditional theatre.

Bachelor of Arts student Tomuri Spicer shares a little about the special elements he’s had the joy of bringing to the show as first fairy and company musician.

“During some of our scenes, we use taonga puoro (Māori musical instruments), specifically the pūtōrino, kōauau and poiāwhiowhio, to help improve the atmosphere.

“One of the cool things about the pūtōrino is that it has several voices depending on which hole you blow into and how you blow. In the picture, I'm attempting to let the voice of Hine-raukatauri, the Māori goddess of music, sing. Fun fact about the pūtōrino - its design actually comes from the chrysalis of the Raukatauri Moth, named after Hine-raukatauri as she is often depicted as a Raukatauri Moth.” 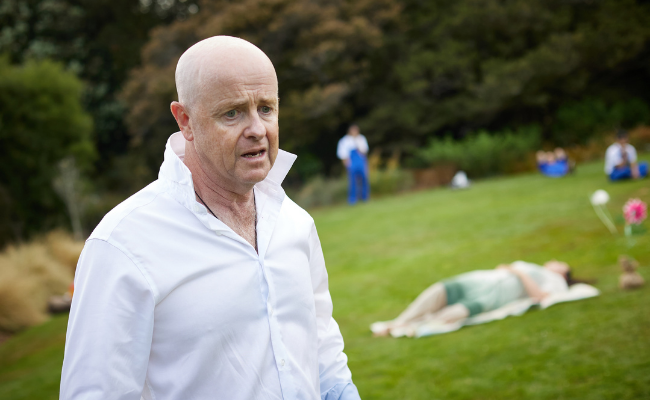 Playing the role of Egeus and Philostrate is theatre student Brent Caldwell who says the production has been an important part of an exciting new chapter in his life.

“I’ve never acted in Shakespeare which is why I jumped at the opportunity to do so. I had never even heard of Summer Shakespeare here in Dunedin which bothers me because it’s free, it’s outside, it’s a golden opportunity for people to become acquainted with Shakespeare.”

“One of the hardest things with this show is to speak in your own voice not some fake ‘I’m a Shakespeare actor’ voice. One thing I’ve found is now we are using our normal voices, we can actually hear the language and understand it so much better.” 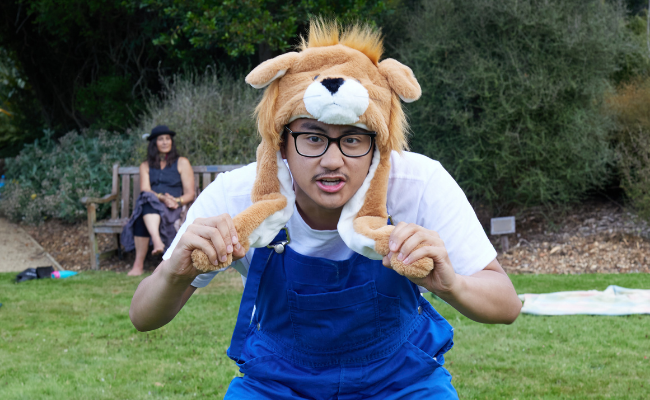 Kaiser Coles playing the roles of Snug and Lyon.

Sharing the stage with Brent is Theatre Studies student Kaiser Coles playing the roles of Snug and Lyon.

“A highlight for me is simply the entertainment from watching the rehearsals we do. Each time we do a full run, something is different and hilarious, giving the perfect atmosphere of such a comedic play. It makes me so excited to share the fun times we’ve had during the rehearsal process to the audiences we’ll present it to, even if it’s just a hundred per show.” 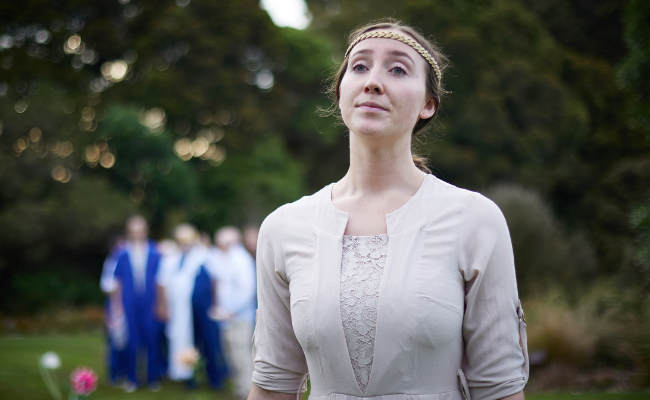 Taking to the stage as Hippolyta is molecular biotechnology and politics student Erica Julian, who is also doing a studentship in the Department of Biochemistry.

“It’s such a supportive environment. Having an incredibly talented cast and crew so willing to share their expertise has been an awesome learning experience. It’s a dynamic which creates the connection in the cast I think has been key to creating the magic of the show.”

A Midsummer Night’s Dream was a free event which ran for a limited season earlier this year with a capped audience to ensure Red Level restrictions were met.