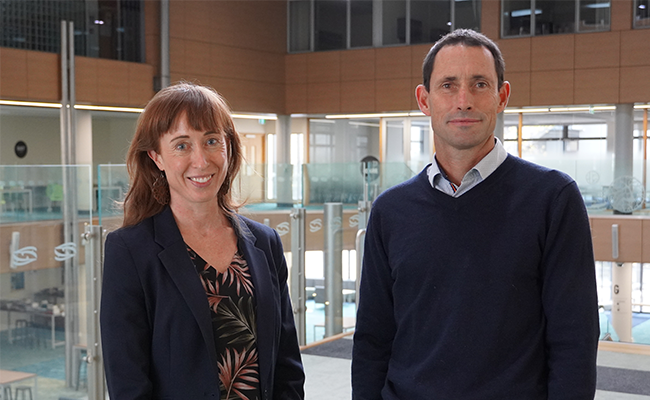 Ben Nevell (Coordinator) and Rebecca Connaughton (Deputy Coordinator) take up their positions as the University revises its Sexual Misconduct Policy.

The policy has been in place since 2019 and the revisions are the result of an extensive consultation process.

The revised policy has a stronger emphasis on the University supporting both affected parties and respondents.

It focuses on a range of protective measures that can be put in place after a disclosure of sexual misconduct to support all parties involved.

For example, this could mean separating affected parties and respondents by changing lecture streams, scheduling set times for library or gym use, or arranging different mealtimes in a residential college.

Another key change is that grievous sexual misconduct, (defined to include the Crimes Act definition of sexual violation), will no longer be investigated by the University.

The shift reflected “overwhelming feedback provided during the consultation period”.

“The change in approach means both parties are kept safe and properly supported while at the University, but any investigation of grievous sexual misconduct is carried out by the Police.

“The Proctor just doesn’t have the legal authority or the resources to properly investigate allegations of serious sexual offending, so it makes sense that their focus is on ensuring everyone is safe and well looked after, leaving the police to carry out the actual investigation.”

Ben is a Professional Practice Fellow in the Faculty of Law at Otago, and prior to that he was a full-time lawyer for 18 years, practising in the areas of civil litigation, family, employment and mental health law. Rebecca’s current role is a Specialist with Academic Committees and Services, including membership of the Policy Management Group. She has been with the University of Otago since 2007, serving in various student advisory roles.

With Ben’s legal skills and Rebecca’s knowledge of University processes, they work together well to oversee and coordinate the University’s response to allegations of sexual misconduct.

“It's an incredibly difficult and complex area but Rebecca, and I think we can really help all parties involved. Because there are so many moving parts, a little bit of oversight and coordination can really help things run more smoothly,” Ben says.

“And then if we can talk about trends that flow into the education side of things undertaken by Te Whare Tāwharau, that will hopefully in the long run help reduce sexual harm at the University. While it's difficult and complex work , it's actually really rewarding and we have great hopes that things will continue to improve.”

Rebecca has a background in student support and says it is something she remains passionate about.

“The University has such fantastic, holistic support services. In order to work together in the most effective and efficient manner, it is critical that everyone understands what the policy says and how it can be implemented in practice. We are in the privileged position of being able to assist with this.”

Ben points out the coordinators are reliant on a group of nine volunteers from throughout the University who make up the SMART team.

“They come together monthly to review investigations and to contribute to policy decisions. They help us with everything that we do. We are highly dependent on and appreciative of the volunteer members of the SMART team.”