What others don't see 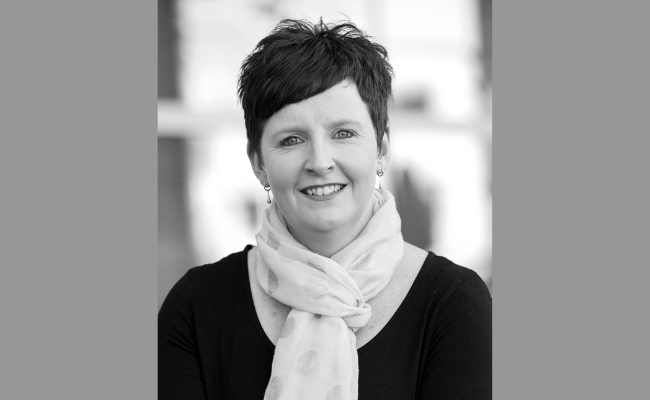 Melissa and her team deal with life-changing incidents every year – and most are preventable.

Melissa Lethaby sees what others don’t.

While high profile cases attract much public interest, there are hundreds of life-changing incidents the Disability Information and Support Service Manager and her team deal with every year – and most are preventable.

“As a service we support 1,800 to 2,000 students a year. We support students with short-term, temporary and permanent impairments, some of which are a result of an injury.

“There are the things you don’t see in the media – like students who sit down on a park bench, put their hand down and then there’s a shard of glass laying there. One student who experienced this lacerated all of the tendons in her dominant hand. It took an entire year and multiple surgeries to get her hand’s range of motion back – that’s a lot of preventable disruption caused to an innocent student due to another person’s decision.

While there are naturally other injuries that occur in the student population – winter sport season sees an influx – intoxication and avoidable trauma is the common theme.

“There are the people who think they’re 10 feet tall and bullet-proof. We supported one student who left his key at home during a night out and he decided to punch the window of his flat to get in. He ended up with serious, critical injuries which he has no recollection of.

“We also see the students who get on the scooters while drunk, lose teeth and gain facial injuries. I’ve also seen students covered in burns from chucking aerosols onto couches and with head injuries from other students throwing bottles at parties. It’s so tragic,” she says.

“BYO nights have seen concussions, brawls, and lots of support from various University staff needed. The head injuries are a concern, concussion stats are on the rise.

“There’s a mentality of ‘it’s not going to affect me’. Like with COVID-19, we’ve seen people take that attitude and in fact they’ve gotten very sick. It’s about making a plan to stay safe and well where possible. This is what students can do for themselves and for others.”

The team offers a non-judgemental service for anyone.

“We can link people in with tangible supports we offer and guide them through the various University processes. We offer a broad range of supports like note taking, test/exam arrangements, access to ergonomic equipment, liaison with departments. We also act as a referring agent and make sure students are linked in with the support services they need , for example, the Wellbeing team at Student Health, the team at OUSA, the Māori centre, Pacific Islands Centre, Te Whare Tāwharau– the list goes on.

“It does take a village to support students, so we try to make sure we link everyone in.”

But the service comes at a price. In 2002, the team supported about 505 students a year. That figure has now almost quadrupled, costing about $1.2 million a year.

“While part of the growth is because Otago has been recognised as a leader in disability support, it’s peak events like St Patrick’s Day and Hyde Street which put us under additional pressure. There’s added costs to come with the territory, which some might not think about, like if students need note-taking for six weeks.”

Like so many others, the death of 19-year-old Sophia Crestani at a party in 2019 will stay with Melissa forever.

“The stories the young people shared in the main common room after Sophia’s passing were harrowing. They sat pouring their hearts out about how they were impacted, needing someone to tell them what support they were eligible for and how to apply and how to prepare for life at Uni while recovering from the trauma. For a lot of them it was the first time they had experienced a loss that close to home, and of course away from their families. Some couldn’t sleep for days after and were visibly shaken.

“These events cause trauma that lasts for much longer than the event itself and the effects are felt widely.
Melissa says she knows students are hanging out to do something social – many have been in isolation and are feeling disengaged. But she urges caution.

“Students have had a rough couple of years and of course they want to have fun, but we are here preparing ourselves because just like that, there will be 40 new students with injuries to support.

“Everyone wants to have fun and that’s okay, but not to the point of damaging properties and each other.

“Have fun, but just be mindful that things can go wrong and with the flick of a switch. Don’t take risks of jumping on that scooter when you could spend an extra few dollars on an Uber, plan your ride home. Look out for your mates, plan to make sure your mates are safe and don’t leave anyone behind.”