For nearly half a century the University’s internationally-recognised Foreign Policy School has attracted academics, students, diplomats and government representatives alike to discuss issues of global significance.

It was an idea as simple as it was brilliant: put the world’s leading thinkers on an aspect of foreign policy in a room with New Zealand diplomats, students and interested members of the public, and give them two days to thoroughly tease out a pressing global issue.

But in 1965, this eminently sensible idea was one that showed incredible foresight, says Politics Professor Robert Patman. “[University Extension lecturer] Arnold Entwisle was anticipating that New Zealand would have a more independent foreign policy role. He knew we needed to build institutions where New Zealanders could share and form ideas. He fought like mad to set this up at Otago.”

Now, 47 years later, the prescience of Entwisle’s vision is proved by its longevity. For nearly half a century, the University of Otago’s Foreign Policy School has brought together luminaries on topics from disarmament to the rise of China as an economic power.

It has hosted speakers from Roger Kerr (expanding on New Zealand’s relationship with Australia) to Robert Watson (former chair of the Intergovernmental Panel on Climate Change, discussing food security) to Professor Shen Dingli (on China’s nuclear and space programme).

It has alternated between exploring a local issue – such as the impact on New Zealand of the growing Asian economies (1975) – to grappling with global debates like the relative power of the nation-state (1996).

The papers presented are then fashioned into significant books, produced by leading international publishers.

But what sets the Foreign Policy School apart from other conferences is, perhaps, less those at the podium, as those asking questions. At least 25 per cent of attendees are staff from the Ministry of Foreign Affairs and Trade, with the event a longstanding fixture on the government department’s induction and professional development programme. Regarded as an indispensable opportunity for both new and specialist staff to immerse themselves in critical issues of the day, the event is usually opened by the Minister of Foreign Affairs and Trade.

And it’s a point of honour for the School that attendance is relatively inexpensive for members of the public and even cheaper for students (the commitment to making the event as accessible as possible now sees the lectures as free podcasts on the University’s iTunes page). There are typically 100 to 170 participants and no parallel sessions – so everyone can be part of every discussion.

The effect is that, in the comfortable confines of St Margaret’s College, amateurs, academics and ambassadors can rub shoulders and engage in dialogues, formal and informal, that are rarely possible in today’s structures of summits and conferences. In doing so, and with a format virtually unchanged for nearly 50 years, it’s an echo of another era. 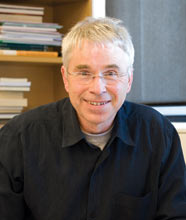 Professor William Harris:
"The School provided the opportunity for ideas to be tested from a variety of perspectives, taking into account the latest in critical academic exploration of the issues, the reality of those working 'on the ground', while getting a gauge of public opinion." 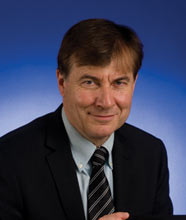 Professor Robert Patman:
"We like to explore issues 'ahead of the wave', anticipating trends that will matter to our policy-makers." 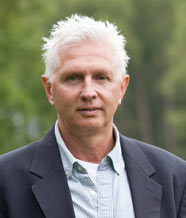 Professor Steve Jackson:
The School was "an exceptional chance to look at some of the features of 'soft' versus 'hard' foreign policy."

Professor William Harris, who convened this year’s symposium on the uprisings of the Middle East, believes it’s this mixture of intimacy and diversity that gives the School both its flavour and a singularly useful niche.

“The situation in the Middle East has evolved quickly and with a lot of inter-related issues that national representatives need to develop their positions on. Where is Egypt going? Does Libya look like it’s going to work? Should the UN intervene in Syria? Where does New Zealand fit?

“The School provided the opportunity for ideas to be tested from a variety of perspectives, taking into account the latest in critical academic exploration of the issues, the reality of those working 'on the ground', while getting a gauge of public opinion.”

It’s good for academics to spend time with practitioners, he says, “and vice versa. We want the event to be as practically useful as possible”.

Patman, who has taken the helm for six Schools over the past 15 years, agrees. “We like to explore issues 'ahead of the wave', anticipating trends that will matter to our policy-makers. For example, the 2011 School focused on science diplomacy, an emerging field looking at things like collective solutions to issues such as climate change. We see it as being an increasingly important element of foreign policy in years to come, but we're only beginning to understand what it means. The chance to gain a thorough grounding in this over a very short period of time is incredibly valuable.”

And for policy-makers, much can be said for the value of having the right conversation at the right time. Dr Antony Wood, a committee stalwart from 1975 to 1998, recalls the 1982 School on New Zealand and Australia’s changing relationship.

“It featured significant players from both sides of the Tasman, including Sir Frank Holmes and [Sir] Brian Talboys, right at the time that the relationship was being negotiated and some of the key issues were hammered out. It’s hard to say, but it’s not unreasonable to think the School may have played a role in the agreements that were subsequently reached. It certainly won't have hurt.”

Indeed, the relationship between the School and Ministry was strengthened during Talboys' years as a National MP and Deputy Prime Minister during the Muldoon Government. “Talboys had settled in Southland after the war and liked nothing more than bringing the suits from Wellington down south and showing them something of his patch,” reflects Wood.

After a decade of nurturing, Arnold Entwisle retired, passing the torch to a committee of academics, although University Extension continued to provide administrative services until it was abolished. While the Departament of Politics has now taken over responsibility for ensuring continuance of the School, over the years its directors have hailed from Economics, Physical Education, History, Psychology, Anthropology and Geography, as well as newer University specialty centres in Science Communication and the Centre for Sustainability: Agriculture, Food, Energy and Environment (CSAFE).

Once again, this variety has been forged into a strength and provides the School with some of its richest moments, believes Patman. One of the more memorable Schools, he says, was in 2006, under the theme Sport and Foreign Policy in a Globalising World. “There were definitely sceptics when we suggested it, but it was a spectacular success.”

The School’s director, Physical Education Professor Steve Jackson, remembers being presented with “total freedom to invite top international people to speak on a topic that I find so fascinating”. With Chris Laidlaw as MC and journalist Andrew Jennings – who achieved both fame and powerful enemies when he exposed corruption in FIFA and the IOC – as a guest speaker, Jackson recalls the School as “an exceptional chance to look at some of the features of ’soft' versus 'hard' foreign policy”.

“It’s a significant issue when you consider there are more national Olympic committees than there are countries recognised by the United Nations.”

Now, as the organising committee contemplates what to offer for its next School, Patman pays tribute to Arnold Entwisle. “His vision paved the way for what has become a full-blown, internationally recognised and very pleasant event. One journalist described it as a ‘national treasure’. Really, it is.”