An appeal supporting four of the best research and teaching projects at the University of Otago, Christchurch, got off to a flying start last month with an anonymous donation of $5 million to the Christchurch Heart Institute fund.

The donation will go towards the institute’s world-leading work in discovering and trialling new tests and treatments for various forms of heart disease. Formerly known as the Christchurch Cardioendocrine Research Group, the institute has a record of making ground-breaking discoveries and exciting breakthroughs are on the horizon.

One example of its work is the development of a blood test to diagnose and monitor heart failure. The test saves the lives of hundreds of thousands of people each year.

The three other funds forming the appeal are:

In recent months Otago researchers have been awarded more than $54 million by the Health Research Council (HRC) and the Ministry of Business, Innovation and Employment (MBIE) to pursue a variety of world-class projects.

In the annual HRC funding round, researchers from across the University’s Dunedin, Christchurch and Wellington campuses were awarded more than $27 million for 16 contracts including four major multi-year programmes, eight projects and four grants to up-and-coming researchers. The initiatives range from investigations into the genetic basis of deadly diseases to community-level interventions to create healthier home environments.

Otago researchers also gained more than $27 million in the MBIE’s 2012 Science Investment Round, which supports research and science aimed at achieving social and environmental, as well as economic, benefits for New Zealand. 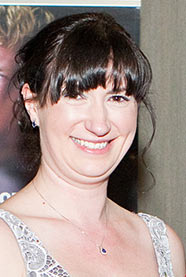 Dr Braund was selected as the supreme winner in the 2012 Tertiary Teaching Excellence Awards for her dedication to both her profession and her students. Her citation noted that she “aims to ‘future proof’ her students for the new roles developing for pharmacists as experts in medicines. She also sets high standards to ensure they graduate as safe, caring and competent professionals. She adopts innovative problem-based learning strategies, where students are encouraged to ‘solve the puzzle for themselves’.”

Dr Braund also plays an active role outside the classroom in the planning and design of pharmacy courses across New Zealand and Australia. At a community level, she volunteers in the New Zealand Police DARE program to teach primary children about safe handling of medications.

The University’s latest annual Economic Impact Report indicates that estimated direct expenditure of the institution, its staff and students was $889.9 million in 2011, and that the downstream effect, or total economic impact, of this direct expenditure is $1.648 billion. 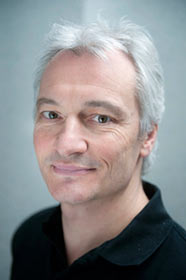 A leading Belgian neurosurgeon and brain researcher, Professor Dirk De Ridder, has been appointed as the University’s inaugural Neurological Foundation Professor of Neurosurgery and will take up his position in February.

In 2010, an expert panel set up by the government recommended establishing New Zealand’s first academic unit for neurosurgery. Professor De Ridder will head the Dunedin-based unit and spend 50 per cent of his time as a neurosurgeon at the city’s hospital and 50 per cent on research and teaching.

Professor De Ridder has been on the neurosurgical staff at Antwerp University Hospital, one of Belgium’s leading hospitals, since 2000. He is currently a Professor of Neuromodulation and Neurosurgery at Antwerp University and is a founder and director of both a brain research centre and a tinnitus research initiative in Antwerp.
Health Sciences Pro-Vice-Chancellor Professor Peter Crampton said Professor De Ridder is ideally-equipped to lead the development of an academic neurosurgical centre of excellence and will be an invaluable addition to Otago’s existing body of world-leading researchers working in the neurosciences.

In January, an ongoing public campaign was launched by the Neurological Foundation in conjunction with the University and Southern DHB, to raise $3 million to fund the Chair in Neurosurgery in perpetuity. As of September, more than $2.7 million has been raised. To donate to the campaign or to find out more, go to www.chairofneurosurgery.org.nz

More about what is happening at Otago can be found on the University's news pages.

Leading medical ethicist Dr John McMillan as the next director of the University’s Bioethics Centre and Professor of Bioethics. Dr McMillan is an Otago graduate who is currently Associate Professor in Ethics, Law and Professionalism at Australia’s Flinders School of Medicine.

Professor Sylvie Chetty as the University’s Professor of Entrepreneurship and director of its Centre for Entrepreneurship. Professor Chetty was previously based at Massey University’s Albany campus. She has been researching the growth and internationalisation of small and medium-sized enterprises in New Zealand and other countries for more than two decades.

Associate Professor Nicola Taylor as the Alexander McMillan Professor of Childhood Studies and director of the University’s Centre for Research on Children and Families.

Otago Pro-Vice-Chancellor (Sciences) and oceanographer Professor Keith Hunter as a director on the Board of NIWA.

One of the world’s leading philosophers of science, Professor Alan Musgrave (Philosophy), is the latest recipient of the University’s highest research honour, the Distinguished Research Medal. Professor Musgrave is an eminent scholar whose contributions to the philosophy and history of science have been highly influential internationally.

Researchers at the NIWA-University of Otago Centre for Chemical and Physical Oceanography are the inaugural recipients of the University’s Research Group Award. The award recognises outstanding research performance at a high international level by a research group led from the University. The centre is a recognised world leader in the field of understanding of the chemistry of the oceans’ interactions with carbon dioxide from the atmosphere.

University of Otago Vice-Chancellor, Professor Harlene Hayne, was awartded an Honorary Doctor of Science degree by her alma mater, The Colorado College, US.

Professor Jim Mann (Edgar National Centre for Diabetes and Obesity Research) was honoured with the European Association of the Study of Diabetes’ inaugural Himsworth Award in recognition of his important and long-standing research contributions.

Professor Charles Higham (Anthropology and Archaeology) was awarded the Sir Grahame Clark medal for 2012 by the British Academy. The medal recognises his excavation work in South-east Asia where he has sought to understand the origins of civilisations over two decades.

Dr Suetonia Palmer (Medicine, Christchurch) become the first New Zealander to win a L’Oréal For Women in Science 2012 Fellowship for achievements in improving the treatment of people with chronic kidney disease.

Dr Rogelio Guedea (Languages and Cultures) won the Premio Interamericano de Literatura Carlos Montemayor 2012 for his novel ‘41’. The award recognises the best novel published in Spain and Latin America between 2010 and 2011.

Former University of Otago Vice-Chancellor Sir Arthur Beacham (98). Sir Arthur first visited the University on a fellowship in 1956 and returned as Vice-Chancellor in 1963, holding the position for three years. He led fundraising initiatives for the building of University College. He received an Honorary Doctor of Laws from Otago in1969.

Emeritus Professor John Mackie (101). Affectionately known as “Captain Jack”, he was originally a lecturer in the School of Mines who, in 1963, became the first head of the University’s Surveying Department. He is widely credited with established surveying as a profession in New Zealand. He was awarded an OBE in 1995 and an Honorary Doctor of Science by the University in 2000.

Eamon Cleary, an expatriate Irish businessman whose generosity enabled the University to establish a Professorial Chair in Irish Studies, died last month. After moving to New Zealand in 1996, his love of Irish music, culture and history continued as strong as ever and was, in part, the prompt for his decision to fund the chair.