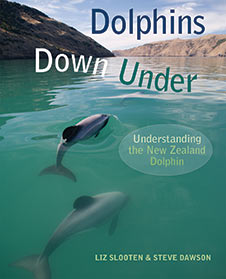 New Zealand dolphins, also known as Hector’s dolphins, are fascinating and beautiful animals. Found only in New Zealand waters, they are as “kiwi” as the kiwi, but their numbers are under threat – especially from human fishing activities. This book introduces the dolphin to readers of all ages.

Liz Slooten and Steve Dawson began their study in 1984 and, in the 1990s, they sold their house to buy a catamaran to carry out a dolphin survey. They were determined to make the latest information about these creatures accessible to a general public.

“There is a lot of literature on New Zealand dolphins, but most of it is in scientific journals,” says Slooten. “This book ‘translates’ all of this information into a format that is user-friendly, interesting and exciting.”

The last section of the book provides suggestions for effective dolphin protection measures and encourages readers to get actively involved. The authors’ passion for science – and for the New Zealand dolphin – is obvious and contagious. 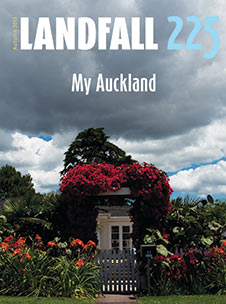 Edited by David Eggleton, May 2013

The Landfall Review features a number of recent books, including a poetry collection by German refugee Karl Wolfskehl, which has been published by Holloway Press.

New Zealand Firearms: An Exploration into Firearm Possession, Use and Misuse in New Zealand, by Chaz Forsyth.

Between Rivers – the Manawatū, by Bettina Anderson and David Lupton, HauNui Press, 2012.

How to Sell Toothpaste, by Leonie Thorpe, HarperCollins NZ, 2012.

In the Beginning: A History of the Medical Unit at Auckland Hospital and the Formative Years of the Department of Medicine, the University of Auckland,
by David E Richmond, Thomas E Miller and Judy Murphy.

Alumni: If you have recently published a book, email the editor at mag.editor@otago.ac.nz