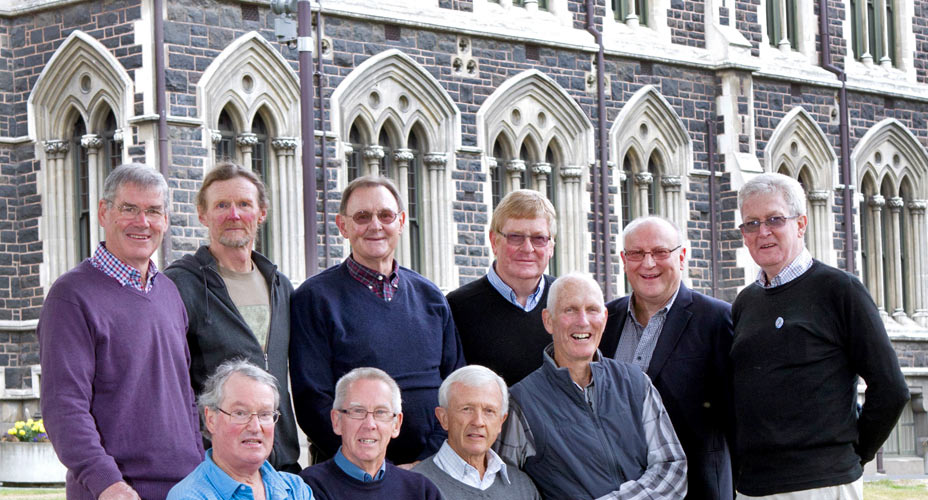 Whatever happened to …
the cricket team that never played?

Bound for Easter tournament, the 1968 University of Otago cricket team foundered on the ill-fated Wahine.

It was not until they clambered to the top side of a crippled and badly listing Wahine that Russell Stewart and team mate Stu Hunt fully realised they were in a life-or-death situation.

They and nine other members of the University of Otago cricket team had been heading to Palmerston North for Easter Tournament when the ferry came to a shuddering halt, driven on to Barrett's Reef by one of the worst storms in decades.

"It was only when I got outside onto the high side of the deck and saw all these people bobbing around in the water in their lifejackets that I realised this was the real thing."

Although they got into a lifeboat, it was later capsized when a tugboat attempted to assist it, leaving passengers clinging to ropes on the upturned hull and struggling to cope with huge waves.

"Several times we were washed 20 or 30 metres away and had to swim back to the lifeboat. That was the only time I really started to get scared.

"Each time we went back to this upturned lifeboat there seemed to be fewer and fewer people clinging on to it."

After about an hour in the water they were rescued, taken to the Seatoun wharf, then on to Wellington Railway Station where Stewart ran into Pauline Gordon, a friend of a friend from Otago. As all their possessions had gone down with the ship, she insisted that Stewart and another team mate, Alan McDougall, come home to stay at her parents' place. Her father happened to be Peter Gordon, the then Minister of Transport, who soon took them down to the DIC department store for some replacement clothing.

It was some days before Stewart knew that none of the team was among the 51 people who perished. "It's amazing how much fate, or luck, was involved for a lot of us in where we ended up in the harbour and how we got out of it."

Fate also seemed to intervene in providing a catalyst for their recent reunion, 45 years after the 1968 sinking of the Wahine. Stewart met writer Ron Cardwell during a chance conversation at the University Oval at last year's South Africa-New Zealand cricket test.

"He said he had flown over from Sydney and I said: 'You must be a real cricket enthusiast'. He said: 'Yes I am, but I am actually here to do some research for a book I'm going to write on the University team that was on the Wahin.' When I said: 'I was on it,’ well, that just about blew him away."

From there the association began and Stewart began the task of tracing all his team mates whom he found scattered around New Zealand, with one in London.

It was decided to hold a reunion along with the launch of the book, The Team That Never Played. This was planned to coincide with this year's cricket test match against England in Dunedin. It was a genuine success, with a full turn out, culminating in a dinner at the Dunedin Club.

Stewart reflects that it really was time they did something. "We all just came back from the ordeal, put our heads down, got our degrees. Eventually, there were only three of us left in Dunedin. The rest either went back to their home towns or did their OE."

The side's youngest member, Murray Parker, who would later represent New Zealand at cricket, says they never got together afterwards as a team.

"There were actually guys I didn't even know. The team was selected and if they weren't from the ‘A’ side I hadn't met them – and we never played together. Even those I did know, I hadn't seen for 30 years."

The Timaru-based Parker says the reunion was amazing. "It was absolutely unbelievable – it was quite special and I think everyone felt that."

In the book, he tells of ending up in a lifeboat with team captain Ray Hutchison and one of the ship's engineers. They hauled dozens of people out of the water, often by their hair.

There was naturally some discussion of the sinking, although because everyone's account of that day was in the book they didn't need to ask. "I think we were more interested in what people had been doing for the last 45 years, catching up on family and that type of thing."

He is looking forward to doing it again in 2018 when a 50-year reunion is planned for Wellington. "Once these sorts of things happen, the guys enjoy each other's company and want to do it again."

Parker says one of the more poignant moments for him came when the book's co-author Bill Francis got up and said to them how they are very much part of New Zealand history. "It sometimes takes other people to point that out. To us, we were just on the Wahine." 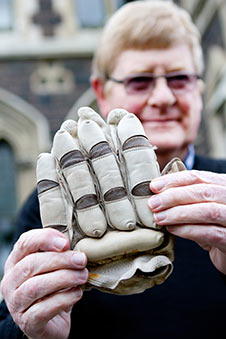 "The manager, who was a cricketer, saw the initials and worked out that it belonged to me and called me up. Ron Cardwell says that as far as he is aware it is the only piece of cricket memorabilia retrieved from the Wahine."

Another piece of luck.