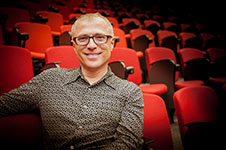 With its 18th season fast approaching and 31 courses on offer, the University of Otago, Wellington’s Public Health Summer School is set to continue as the largest and longest-running school of its type in the Southern Hemisphere.

Furthermore, the diversity of courses offered has been staggering. Social epidemiology, housing and health, Māori health, response to public health emergencies, health economics, sustainable cities and ethics are just some of the huge range. But behind the diversity is a common purpose – improving public health.

Summer schools with a public health focus are an established tradition in the northern hemisphere, with well-established programmes including the Erasmus University Programme in Rotterdam, The Netherlands, and the European Education Programme in Epidemiology in Florence, Italy. In New Zealand and Australia, similar programmes have typically been small and short-lived. However, the Wellington campus of the University of Otago has broken this mould and now leads the field with its annual Public Health Summer School, which is run over three weeks every February.

First mooted during a Department of Public Health planning day in 1996, the Summer School’s vision has consistently been to offer high-quality professional training and to help disseminate research findings in the area of public health.

Co-director Professor Michael Baker says maximising accessibility has been a key driver in the ongoing development of the school. Courses are short – one to three days – and reasonably priced, making attendance possible for many who could not afford the time and expense to attend longer programmes. This approach has been reflected in steadily increasing enrolments, which eclipsed 500 for the first time in February this year.

When looking at these numbers, Baker and his colleagues are proud of just how far the school has come. Early Summer Schools offered a handful of courses run in off-site venues. While initially small, the school quickly established itself as a professional development option with a difference.

2008 marked a turning point, when the school grew from around a dozen courses to its present format of 25-30 courses per year. That growth also reflected expansion within the Department of Public Health itself, including several highly-active research programmes in areas such as health inequalities, housing and health, and health promotion. Alongside this, refurbished teaching spaces within the Wellington campus in Newtown provided more teaching areas as well as a purpose-built computer training suite, helping facilitate further expansion of the programme.

Baker notes that, throughout its existence, the school has had a strong emphasis on evaluation and continual quality improvement.

“We evaluate all courses individually, as well as each Summer School as a whole, to identify potential improvements. That’s something we’ve done from the very beginning. The course evaluations are almost invariably positive, but we really do work hard to identify any room for improvement and act accordingly.”

Critical to the school’s evolution has been a desire to respond to emerging public health issues where there is a need for scientific discussion and good evidence which, Baker says, is the research translation responsiblity of academics.

“A huge advantage of our format is its flexibility and responsiveness to current issues. The 2013 school included courses on rheumatic fever, climate change, housing and health, hospital-acquired infections and health inequalities. We continually update the mix, with about a third of the courses each year being completely new.”

Eru Loach, a health promoter with the Problem Gambling Foundation of New Zealand, based in Tauranga, was a scholarship recipient this year. At the time, he was a health promoter focusing on problem gambling at Te Kahui Hauora Trust in Rotorua. He attended a one-day course on Hauora Māori: effecting positive changes in Māori public health.

He says the course content was significant for him personally, prompting him to reflect on how he had worked in the past, how he currently worked and how he would work from there onwards, especially when working with tangata Māori.

“It also enabled me to up-skill, while at the same time helping me identify other areas I need to gain tertiary education in to better support iwi Māori and their hauora.”

The school attracts interest beyond our shores too. Michael Minty, a junior medical officer in the Central Coast District in Australia, heard about the courses through his sister who works at Wellington Hospital and who has friends who had found them useful in previous years. He was able to conveniently time attendance with a visit to his sister.

“The short nature of the courses, and the fact that they were mainly stand-alone and did not require attendance at other courses, was a major bonus.”

Baker notes that the school now plays a key role in helping connect New Zealand researchers and practitioners with leading international thinkers involved in the health and public health fields. Recent contributors include Professor Ichiro Kawachi from the Harvard School of Public Health, Dr Carlos Dora from the World Health Organization, and Professor Johan Giesecke, chief scientist at the European Centre for Disease Prevention and Control.

“We’re making multiple connections, including providing research groups with the opportunity to disseminate their work to policymakers and public health practitioners. This also helps these groups build their collaborations and international linkages.”

Based on the enthusiasm shown by the course convenors and the high level of support from the sector, Baker sees the Summer School as having a bright future. Given the challenging times we live in, he also sees a continuing need for rapidly evolving training to support the workforce so they can better respond to the public health issues of the day.

The 2014 Public Health Summer School will offer 31 courses. New courses that are expected to be well attended include:

In February this year, around 80 leading New Zealand and international researchers and doctors got together at a Summer School symposium to discuss how to reduce New Zealand’s high levels of rheumatic fever, particularly among Māori and Pacific children.

In addition to workforce training and research dissemination, creating a forum for key players to get together in one room to “thrash out” interventions and solutions to public health issues is an exciting aspect of the Summer School. For 2013, the government’s ambitous goal of reducing rates of rheumatic fever by two thirds within five years – part of its 10 Better Public Services Results – provided an obvious topic for concentrated scientific disscussion.

Looking ahead to the 2014 Summer School, symposium topics will again focus on some of the tough challenges facing New Zealand. These issues include food policy and the obesity epidemic, prevention of Māori and indigenous suicide, responding to climate change and the challenges of making our cities more sustainable.

A world of difference