The University of Otago is ranked top of all New Zealand universities in this year’s Educational Performance Indicators (EPIs) released by the Tertiary Education Commission (TEC).

It is the first time any university has topped all four measures since the EPI system was introduced four years ago. Otago is placed first for all four EPIs, which measure course completion, qualification completion, student progression and student retention for 2012.

Deputy Vice-Chancellor (Academic and International) Professor Vernon Squire says the outstanding result affirms the excellence of Otago’s teaching. “These results are a real tribute to our exceptional staff and the ability and diligence of our students.”

The college is located a block south of Cumberland College on Castle Street and will cater for 127 students. Converted from the former LivingSpace hotel, it boasts excellent facilities including a small theatre, a large common room, full dining room service, academic tutorial facilities and games area.

Te Rangi Hiroa College will also have a female-only floor and alcohol-free accommodation options. The warden is Ashley Day, who recently stepped down from the same role at Carrington College and, before that, was master at Unicol and at Dalmore House. 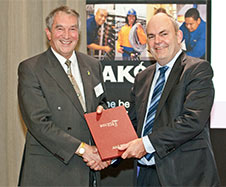 The award is regarded as the highlight of the annual national Tertiary Teaching Excellence Awards and recognises Sanderson’s 40-year career dedicated to teaching tertiary students, sharing his passionate commitment to the profession of ophthalmology.

No other tertiary institution in New Zealand has matched this performance. Vice-Chancellor Professor Harlene Hayne says she is proud that Otago continues to be recognised at the highest level for its outstanding teaching.

“I think the sustained achievement over the years is testament to the incredible talent and unwavering commitment that staff have for our students. It reinforces Otago’s long-standing reputation as a leading institution that offers a world-class education to our students.”

The University has approved a new strategic direction document that will guide its activities over the next seven years.

The Strategic Direction to 2020 document focuses on seven strategic imperatives:

The document was developed following wide consultation with staff, students, graduates, and a variety of internal and external groups and organisations.

Feedback led to the strengthening of statements and commitments in respect of sustainability and the environment; being more explicit about the University’s commitment to supporting teaching and its development; and being clearer about the value placed on both staff and students having a voice in respect of University developments.

Boost for Peace and Conflict Centre

A half-million dollar donation to the University’s National Centre for Peace and Conflict Studies has allowed the centre to continue building on its academic strengths.

The gift, from a donor who wishes to remain anonymous, ensures that the centre has a permanent lecturer in peace education and supports the extension of a postdoctoral fellowship on the economics of war and peace.

Two top international candidates have been appointed to the newly-funded positions: Dr Katerina Standish from Canada is the new lecturer, and Dr Charles Butcher from Australia is the new postdoctoral fellow.

Since the centre was established in 2009, it has grown from one professor, a personal assistant and no students, to five tenured academic staff, one postdoctoral fellow, a centre administrator, 25 PhD students, 13 master’s students and 19 postgraduate diploma students.

It is New Zealand’s first centre to combine global cross-disciplinary expertise on the issues of development, peace-building and conflict transformation.

All campuses to be smoke-free

The University is set to become fully smoke-free from January. Previously the Christchurch, Wellington and Invercargill campuses were all smoke-free, but the Dunedin campus had allowed smoking at a distance further than six metres from buildings.

Announcing the move, Vice-Chancellor Professor Harlene Hayne says the University’s new policy would enhance the outstanding environment offered to staff and students who work and study at Otago.

In preparation for the move, Quit Advisors at the University are providing support for staff and students who smoke, but wish to quit, including the supply of Quit cards. These cards may be redeemed at participating pharmacies with the University subsidising the $5 prescription fee for up to three rounds of subsidised nicotine replacement therapy per year until May 31, 2015.

Staff and domestic students are eligible and, as international students are not able to access subsidised medications in New Zealand, they will instead be able to receive behavioural counselling and support from Quit Advisors and Quitline staff. 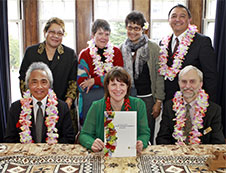 A Pacific Strategic Framework identifying six over-riding goals to ensure the University meets the needs of Pacific People has been launched.

The framework, which extends to 2020, is the University’s realisation of a commitment made in its Charter to meeting the needs of Pacific Peoples.

The six goals are:

A Student Volunteering Centre is to be launched by the University to match Dunedin students with local voluntary organisations. The initiative aims to harness student altruism for the betterment of both students and the wider community.

The new service will develop a better understanding of the need of organisations wanting volunteers, while at the same time matching this with student availability. It will be housed within the University’s Career Development Centre.

The University has worked closely with OUSA in establishing this initiative, and has consulted widely over the last year with a number of local volunteering agencies and others. 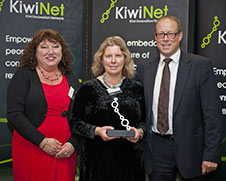 The database – TOXINZ – contains more than 190,000 documents with comprehensive and up-to-date information on poisonous chemicals, pharmaceuticals, plants and animals. Subscriptions to TOXINZ are currently being sold to poison centres, hospitals, state governments and health boards.

The success of TOXINZ was recognised at the inaugural KiwiNet Research Commercialisation Awards, at which Otago Innovation Limited received the BNZ Commercial Deal Award.

Otago health researchers pursuing a range of innovative projects aimed at improving the health and well-being of New Zealanders gained around $16.5vmillion in a recent national funding round.

The 12 Otago contracts awarded in the Health Research Council's latest annual round include a significant five-year programme investigating how proteins from a virus found in sheep can be exploited to provide potential therapies for skin wounds and other conditions in humans, such as cancer, inflammatory disorders and viral infection.

Researchers from across the University’s Dunedin, Christchurch and Wellington campuses have also gained funding for 11 other world-class projects. These range from gaining important insights into cancer genetics, to the development and assessment of a school-based asthma support toolkit for Māori children, who are twice as likely to be hospitalised by the condition.

In another recent funding success, two Otago projects received a total of $1.92million in support in the Government's latest science investment round. They involve enabling bio-manufacturing of key industrial chemicals and developing new bee-friendly insecticides.

Professor Helen Nicholson as the University's Pro-Vice-Chancellor, International. Professor Nicholson was Dean of the Otago School of Medical Sciences and has many years of experience in senior positions at the University. She succeeds Professor Sarah Todd, who this month takes up a similar position at Griffith University in Queensland.

Professor Barry Taylor (Women’s and Children’s Health) as Dean of the Dunedin School of Medicine. Professor Taylor is a distinguished researcher who has dedicated his career to improving the health and well-being of children. Dr John Adams has stepped down after 10 highly productive years in the Dean's role.

Professor Steven Higgins as Professor of Botany. An internationally leading plant ecologist whose research focuses on predicting how ecosystems might respond to environmental change, Professor Higgins comes to Otago from J.W. Goethe University Frankfurt am Main, Germany, where he had been a professor at that university’s Institute for Physical Geography since 2007.

Janine Kapa as Associate Dean, Māori,for the Otago Business School. Ms Kapa's (Kāi Tahu, Kāti Māmoe, Waitaha) role is to provide leadership and strategic advice to the school in all matters relating to the University’s Māori Strategic Framework. She previously worked in the University's Office of Māori Development.

The Otago University Students' Association named Dr Roslyn Kemp (Microbiology and Immunology) as Research Supervisor of the Year in its annual awards, and Associate Professor Jacinta Ruru (Law) as New Supervisor of the Year. A special, posthumous commemoration was announced for Dr Tamar Murachver (Psychology) who passed away at the beginning of this year.

Dr Shinichi Nakagawa (Zoology), a behavioural ecologist who has earned a growing international reputation for his research, is the latest recipient of the University’s Carl Smith Medal and Rowheath Trust Award. The medal and award recognise outstanding research performance by early-career staff.

Professor Charles Higham's (Anthropology and Archaeology) decades of research into the origins of South-East Asia’s Angkorian civilisation was recognised at the inaugural Shanghai Archaeology Forum. He is one of 10 individuals or organisations worldwide selected in the category of major archaeological research findings.

In May the University conferred the honorary degree of Doctor of Science on Professor Helen Heslop, a distinguished Otago graduate who has forged an outstanding medical and research career overseas. Professor Heslop is an internationally recognised researcher who has helped to pioneer therapies that involve transfusing immune cells to fight viral infections and target and destroy cancers caused by viruses.

Alumni and staff to receive Queen’s Birthday Honours include: