Whatever happened to…
Helensburgh House?

Today all 15 of Otago’s residential colleges are clustered around campus, but this has not always been the case.

In the face of an accommodation crisis in 1984, the University established an “instant” hall of residence some five kilometres away, high up in Dunedin’s hill suburbs.

In response to a drop in student numbers in the early 1980s, several colleges had reduced their capacity and Aquinas was closed. But, in 1984, the Accommodation Office unexpectedly found itself with 300 extra prospective students – and nowhere for them to live.

The former nurses’ home at Wakari Hospital provided a solution, enabling the University to avoid having to turn potential students away.

The home was leased from the Otago Hospital Board and, within weeks, it was a fully functioning hall of residence – as they were then known – named Helensburgh House (after its surrounding suburb). While the rooms were large and the grounds attractive, in her “University of Otago 1869-2019 – writing a history” blog, historian Dr Ali Clarke explains that there were several drawbacks that meant it was never one of the most preferred residential colleges.

There was no kitchen so meals had to be transported from the University Union, but the main problem was the distance from campus. The hilly terrain made it a difficult walk so fees were kept lower to compensate for residents’ transport costs. 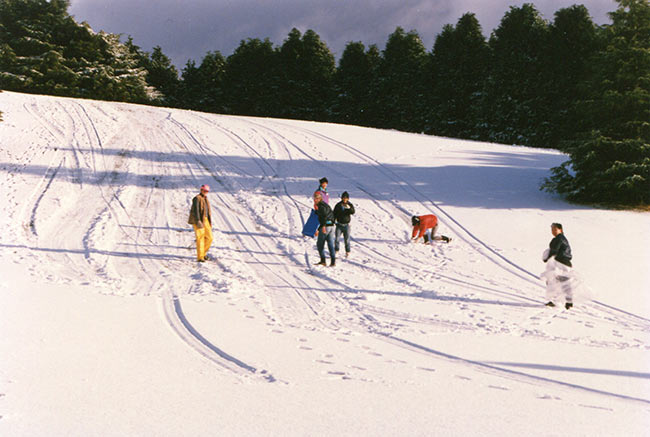 However, the “Burgers” – as they were known – became a tight-knit group, as evidenced in a comment by one former resident on Clarke’s blog:

"… the initial disappointment at not getting into your preferred hall, quickly gave way to ‘what a bloody good bunch of people’. The distance from campus, meant we made our own fun – usually in the huge basement area and raging into the early hours of the morning."

Against all predictions, the number of students at Otago increased dramatically over the next decade – the number of full time equivalent students (EFTS) doubling from 7,000 to 14,000 between 1983–93. The University continued to lease Helensburgh House until 1991 when the Hospital Board wanted its facility back to accommodate mental health services that were being shifted from Cherry Farm Hospital to Wakari.

Helensburgh House ceased to exist but, fortunately for the University, the board was able to offer an alternative. Its maternity services had recently been assimilated into Dunedin Hospital, so the former Queen Mary Hospital was converted into a new student residence, Hayward Hall (now Hayward College), opened in 1992.

For more information on Helensburgh House, to view comments or post one of your own, please go to: