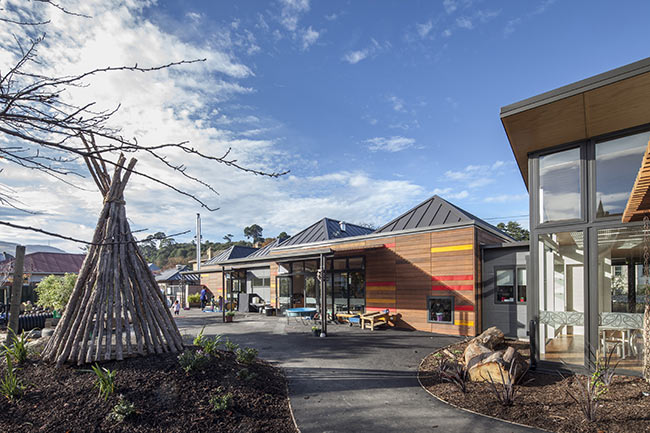 Eleven separate buildings were demolished on the on-campus site between Castle Street and Montgomery Avenue to make way for the new centre. However, the original look and feel of the Castle Street frontage has been retained with the recycling of bay windows, fascias and other decorative features from the former Edwardian villas. And, on the Montgomery Avenue side of the complex, project architects Parker and Warburton Team Architects have designed a modern interpretation of the classic villa.

The new facility effectively provides four childcare centres in the one location: 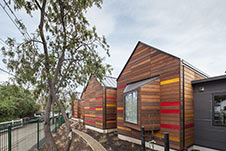 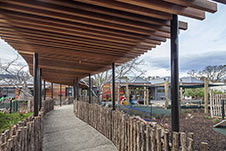 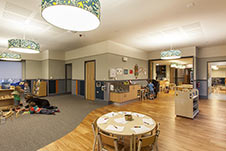 Building developments totalling around $650 million over the next 15 years will further cement the University of Otago’s position as a leading teaching, learning and research institution.

The University’s Priority Development Plan was approved in principle by Council in June and follows the guiding principles of, and many of the projects signalled in, the 2010 Campus Master Plan.

At the top of the list is a new Dental School, recognising the importance of Otago’s school as the only tertiary training facility for dentists in New Zealand. Also given high priority are a major renovation of the Science precinct and upgrading of research project facilities mainly for Health Sciences in Dunedin.

Vice-Chancellor Professor Harlene Hayne says the Priority Development Plan shows what the University intends to focus on in the medium term with regards to its built environments.

“We want to improve what is already a first-class experience for students, teachers and researchers, and we want the campus to be enjoyed by the communities in which we live.”

However, she also points out that it is a living document and other projects may be added, or removed, as situations and needs change. 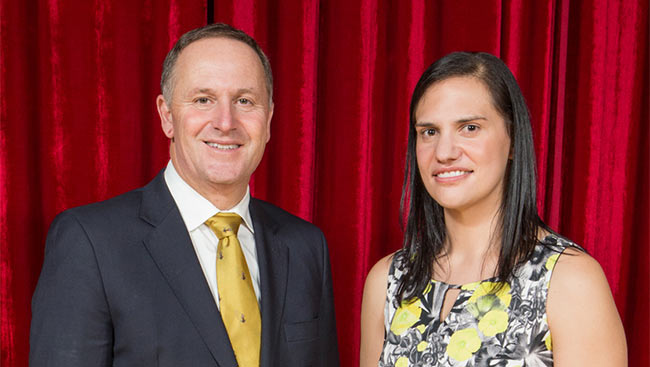 The Supreme Award recognises Paringatai’s 12 years of teaching learners from a wide variety of backgrounds to become a “whānau of champions” for the revitalisation of te reo Māori.
Her award citation noted that:

“as a committed practitioner of Kaupapa Māori and a passionate student and scholar of te reo Māori and Māori performing arts, Karyn Paringatai personifies excellent teaching. Her revival of the ancient practice of teaching in the dark and subsequent research into its benefits is world leading and has the potential to positively impact teaching in a range of disciplines, including law. She is an exceptional teacher whose teaching excellence transcends her particular discipline and the boundaries of ethnicity.”

A total of five Otago academics have won the Prime Minister’s Supreme Award for Tertiary Teaching Excellence in the past 12 years, a level of success unmatched by any other tertiary institution.

The Otago satellite office of the Confucius Institute in Auckland was recently formally launched in Dunedin.The institute is dedicated to enhancing understanding between China and New Zealand.

The launch also marked the development of a Memorandum of Understanding that will see the University work with the Confucius Institute at the University of Canterbury to facilitate the promotion of Chinese language and culture in schools and the community of Dunedin. 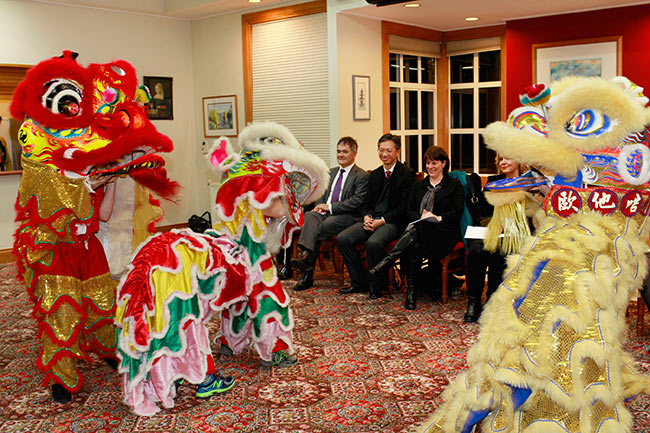 The University’s support of New Zealand’s multifaceted arts community continues with the selection of its 2015 Arts Fellowships.

The University is a partner in all four National Science Challenges for which funding has been announced so far.

These are among 10 challenges selected last year to tackle the biggest science-based issues and opportunities facing New Zealand. They provide an opportunity to align and focus the country’s research on large and complex issues by drawing researchers together from different institutions and across disciplines to achieve a common goal through collaboration.

Six innovative University of Otago-led research proposals will receive $10.15 million in new science investment funding. The new programmes are being supported through the health and society, high-value manufacturing and services, and biological industries funds administered by the Ministry of Business, Innovation and Employment.

Otago researchers gained more than $31 million to support their innovative studies in this year’s Health Research Council annual funding round.

The researchers were awarded 24 contracts, including three multi-million, five-year programmes, 14 projects and seven grants for emerging researchers. Otago’s successful applicants spanned the University’s campuses in Dunedin, Christchurch and Wellington and, together, gained the largest share of funding of any institution in this latest round.

Earlier this year, OUDS was named in the top tier of competitors for the World Universities Debating Championship 2015 team allocations, alongside 10 other prestigious institutions including Oxford, Yale, Harvard and Cambridge.

The ranking reflects OUDS's performances at the past three championships, in which it defeated universities such as Harvard, Yale, Oxford, Cambridge, London Union and Princeton. Most notably, Otago reached the 2013 grand final – the first time in OUDS’s 125-year history that an Otago team has done this.

The 2015 world championships will be held in Malaysia in late December and early January with around 400 teams competing.

Professor Paul Brunton as Dean of the University’s Faculty of Dentistry. A leading UK dental researcher, Professor Brunton comes to Otago from the University of Leeds’ School of Dentistry where he was Director of Student Education, providing strategic leadership to curricula development and innovation at both undergraduate and postgraduate levels.

Professor Vernon Ward as Dean of the Otago School of Medical Sciences. An internationally respected virologist, Professor Ward was formerly Head of the University’s Department of Microbiology and Immunology, one of the five large research-intensive departments that comprise the school.

Professor Tim Stokes to the Elaine Gurr Chair in General Practice at the Dunedin School of Medicine. A leading UK academic general practitioner, Professor Stokes was formerly a senior clinical lecturer in Primary Care at the University of Birmingham. He has also undertaken more than a decade of work with the UK’s National Institute for Health and Care Excellence.

Professor Parry Guilford (Biochemistry) won the Health Research Council’s Beaven Medal, which recognises excellence in translating research into clinical practice. Professor Guilford’s ground-breaking research into stomach cancer has saved many lives worldwide. He has also played a key role in developing a simple urine bladder cancer test that is now on the market.

Associate Professor Lisette Burrows (Physical Education, Sport and Exercise Sciences) received Physical Education New Zealand’s Sir Alexander Gillies Medal in recognition of her research into the place and meaning of health and physical culture in young people’s lives. She is only the 10th person to be awarded the medal since its inception in 1967.

Professor Colin Townsend (Zoology) received the 2014 Award of Excellence of the Society for Freshwater Science, which is the leading international body with a focus on stream ecology. The award recognises his extensive research contributions exploring how flow-related disturbance, invasive species and multiple agriculture stressors affect stream ecosystems.

Professor Glenn Summerhayes (Anthropology and Archaeology) was officially made an Officer of the Order of Logohu by the Papua New Guinea Governor-General in recognition of his decades-long contributions to the archaeology of that country.

Professor Greg Cook (Microbiology and Immunology) is this year’s recipient of the University’s highest distinction, the Distinguished Research Medal. Professor Cook is a world-leading authority on how bacteria grow and survive in extreme conditions and has gained an international reputation for his innovative studies into bacterial physiology.

Dr Rob Middag (Chemistry) received a 2014 Heineken Young Scientists Award from the Royal Netherlands Academy of Arts and Sciences in recognition of his contributions to oceanic trace elements research.

Dr Angela Wanhalla (History and Art History) received Australasia’s most prestigious history award, the Ernest Scott Prize, for her book exploring the history of inter-racial relationships in New Zealand, Matters of the Heart.

Professor Jules Kieser (1950–2014). Professor Kieser joined Otago as Chair and Head of Department in Oral Sciences in the Dental School in 1996. He is remembered as a dynamic academic who made outstanding contributions to teaching and research at the University, and to forensic services in New Zealand and abroad.