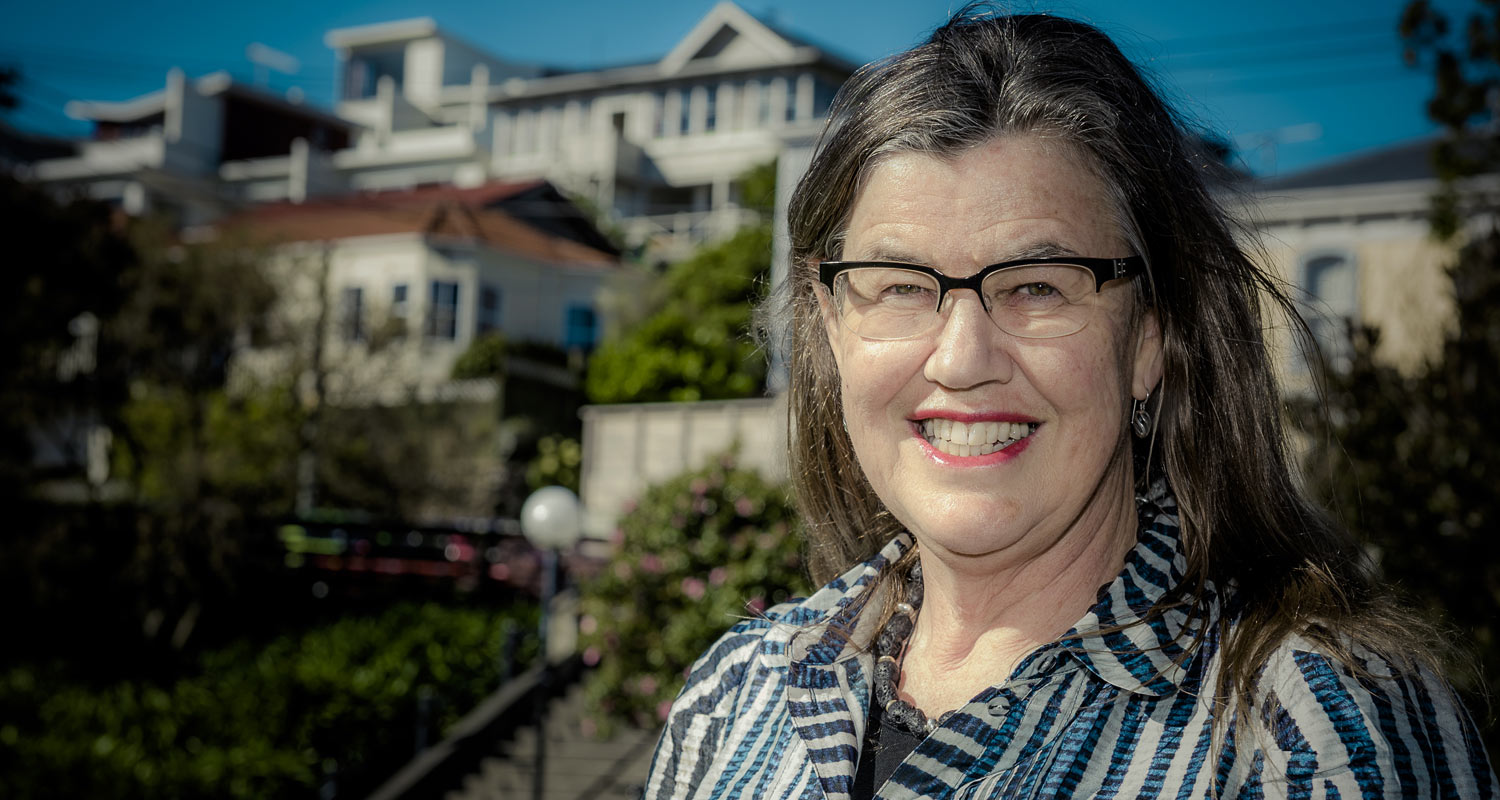 Multidisciplinary research providing practical solutions to improve the health and well-being of New Zealanders has been recognised with one of this country’s most important science honours.

The University of Otago's Wellington-based Housing and Health research team has been awarded the 2014 Prime Minister’s Science Prize.

"We've worked for 15 years now with a dedicated group of people. Being a small country there’s a sense we need to be generalists, but many of the solutions to the problems are on the boundaries of one discipline and another," Howden-Chapman explains.

"The research we've been able to do focuses on creating knowledge of practical solutions to improve our old housing stock and to bring it up to more modern standards that specifically improve health and well-being. It's very rewarding to have identified cost/beneficial interventions that make a difference to health. It's very satisfying on all sorts of levels."

Right from the start, the focus for the team has been on addressing long-standing quality deficiencies in housing, particularly as they affect vulnerable groups such as children, older people, and those with chronic health conditions including asthma and COPD (chronic obstructive pulmonary disease). They have used large-scale community trials, involving around 10,000 New Zealand households, testing and quantifying the effectiveness of measures such as retrofitting insulation to modern standards, installing effective heating, and reducing home hazards that cause costly trips and falls.

"When we started these big community trials we didn't know what the results would be," says Howden-Chapman.

"But the positive results reinforced for us that what are actually relatively small changes – in indoor temperature and relative humidity, and minor trip hazards in the home – can make significant differences to people's health, safety and well-being.

"Small differences across the whole population can make profound changes to maintaining good health – more so than making huge changes for just a few people."

"The population approach we have in public health is often neglected because state-of-the-art clinical medicine is seen to be more glamorous with immediate results. But putting in place a better standard of living for everyone is a really a crucial part of preventing illness occurring in the first place."

One of the things they have been able to take advantage of is the very good administrative data that are kept in New Zealand.

"We've got data about hospitalisation that are linked to every person and you can now link their pharmaceutical records. We've also got this world-renowned ACC system which records every injury for which people claim compensation.

"We can use all these and other administrative systems to ask how can we lower these hospitalisations, how can we lower ACC claims and how can we lower pharmaceutical bills? We've shown several ways in which you can do this, so this is really important for keeping people healthy and really showing that prevention is better than cure," she says.

"The clincher cases that we've made using cost-benefit analyses have been possible because of this very good administrative data." 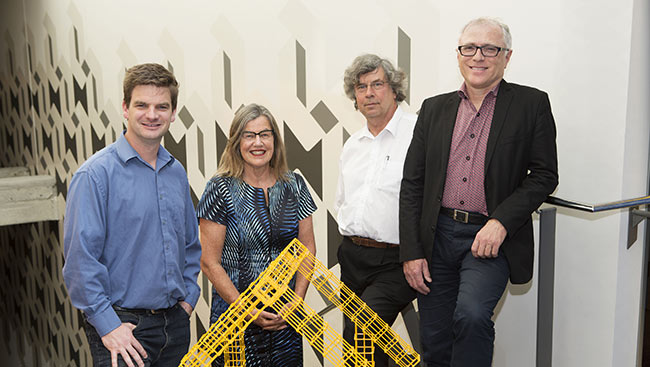 Howden-Chapman says they have also been aided by New Zealand's size and the ability to talk to so many different groups such as Housing New Zealand Corporation, BRANZ and NIWA (National Institute of Water and Atmospheric Research), as well as being supported by district health boards and electricity companies.

"In larger places these can easily be larger and more formidable institutions that you can’t easily collaborate with. But, in New Zealand, I think we've still got a strong sense of the public good and trust. There's a huge amount that can still be done in this space where we're trying to improve everybody's health and well-being.

"We're really delighted that we can provide results that help policy-makers put in place policies that will improve the health of everybody. We've always been accessible to anyone who wants to talk to us. We are supported by the taxpayer through our Health Research Council programme grants, so we feel we have a responsibility to make our results widely available.

"There are about 1.4 million houses in New Zealand – housing is an important part of our infrastructure."

The robust, evidence-based work of He Kainga Oranga has also been recognised internationally.

Howden-Chapman currently chairs the World Health Organization (WHO) Housing and Health Guidelines Development Group which is examining international standards for basic housing, in much the same way as we have basic standards for air quality.

There is also involvement with the International Energy Agency (IEA) in the area of the co-benefits of improving energy efficiency in housing.

The consortium behind the new programme is headed by the International Council for Science (ICSU), with co-sponsorship from the InterAcademy Medical Panel (IAMP) and the United Nations University (UNU). It aims to empower planners and policy-makers to achieve better health for billions of people living in fast-growing urban areas by considering the city as a complex system, with factors varying across different local and regional contexts.

Howden-Chapman says the programme is designed to link the science and policy communities in developing research that sets goals to improve the health and well-being of urban populations.

"I was asked to speak there because the multidisciplinary Resilient Urban Futures programme, which is funded by the Ministry of Business, Innovation and Employment and led by Otago, is seen as an example of what can be achieved by integrating robust research and policy. People acknowledge that even though New Zealand is relatively small we have been doing some pioneering work in this area."

A large chunk of the Prime Minister’s Science Prize money will go to supporting postdoctoral students undertaking new research. Around $400,000 is targeted at a project to improve the health of newborn babies using the knowledge gained over the past 15 years to make housing as healthy and safe as possible, then following those babies to measure what difference it makes to their health.

One of the programme's co-directors, Professor Julian Crane (Wellington Asthma Research Group), says his focus is on respiratory health.

"We are particularly interested in asthma and allergic disease, the impact of the housing environment and how people live in the houses contributes to that."

Crane says the plan is to go back and look at what it might be possible to do in the housing situation to improve the early life events for a child.

"One of the things about asthma and allergic disease, and not just respiratory disease, is that a lot of what's important actually happens very early on in life," he says.

"If you can really improve and maximise the health of the environment in those early stages you may get a much bigger gain than later on when you have a house full of adults with problems.

"So, the idea is to focus on doing things in the home to keep them warm, to reduce the opportunity for mould to develop, even prior to a child being born."

While the detail is yet to be confirmed, the basic concept is to try to intervene very early and see what impact that has in the early parts of childhood.

Crane says if there are signs that it is having an impact, then they will probably follow the children for longer in life.

"We would develop a package of interventions which we would put in place, and then follow those children forward and look at the rates at which they got respiratory problems. We can then see if, by doing those things, we have an impact on their risk of developing respiratory and allergic illness and, if so, how large an impact."

Interventions to date have been around initiatives such as changing the types of heaters used in the homes of children with already established asthma, he explains.

"The idea is to go to a form of primary prevention. If you bring a child up in a warm, dry, mould-free environment, what impact does that have in improving their subsequent respiratory and immunological health?"

Howden-Chapman says they also plan to undertake a study called SHELTER where they will look at improving the homes of children who have already been admitted to hospital because of respiratory illness.

"The other area we're looking at is children who do come into hospital and what difference it makes if you go and fix up their home before they go back home – as we're often seeing children patched up in hospital and then sent back into the environment that made them sick in the first place."

Professor Philippa Howden-Chapman's team has carried out an extensive cost-benefit analysis of the Warm-Up New Zealand: Heat Smart Programme with researchers from Motu Economic and Public Policy Research, showing that the health benefits for adults exceeded the costs by a factor of nearly four-to-one and, for children, six-to-one.

The analysis included data from approximately 46,500 households and showed that the initiative led to a significant reduction in premature mortality in those aged 65 and over, lowered hospital and prescription costs, and produced other co-benefits such as energy efficiency, more time spent at school and overall well-being.

They estimated benefits totalling $1.224 billion, compared to costs of $339 million which effectively translates to one million dollars in benefit for every $250,000 invested.