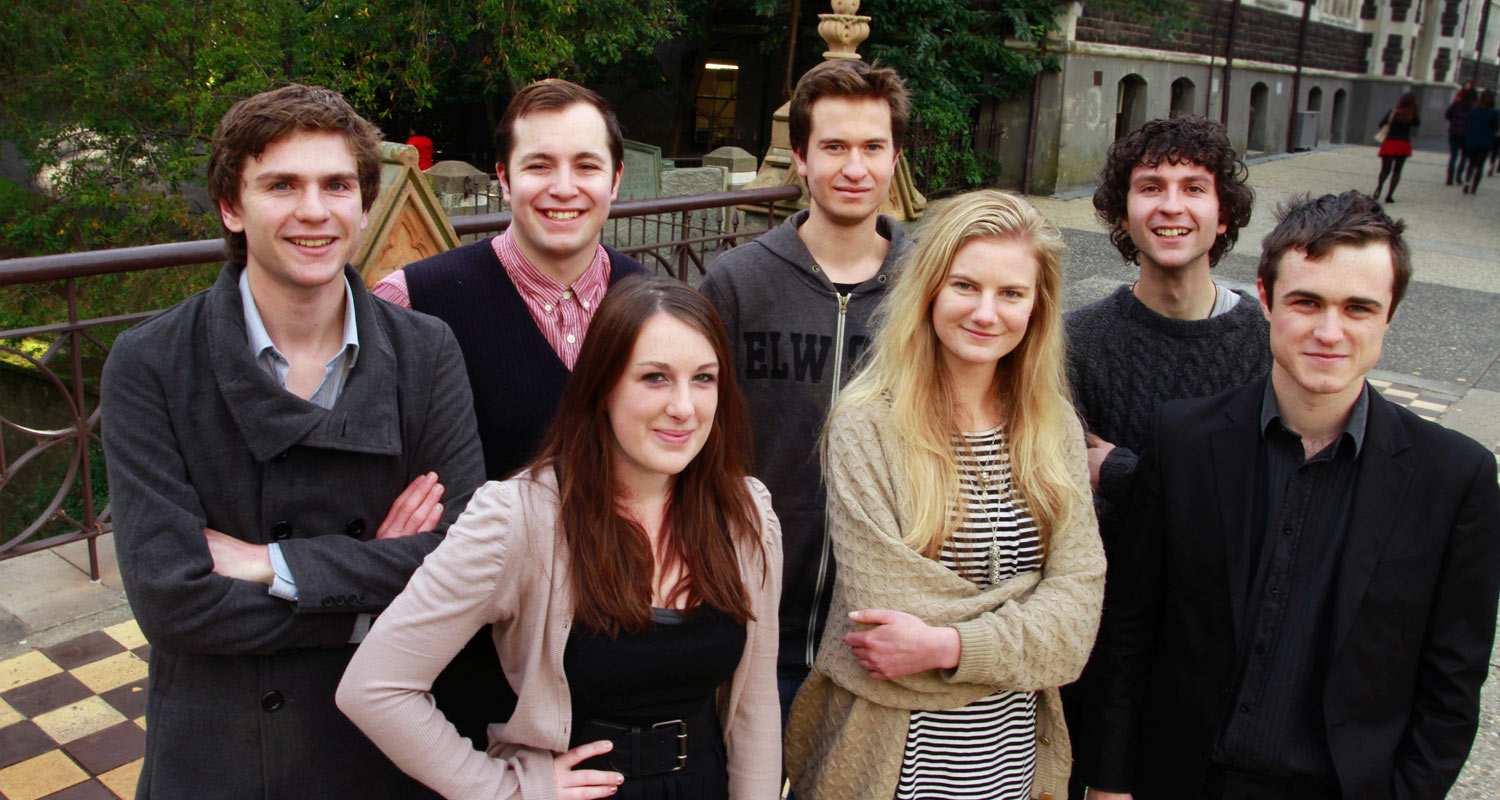 Without debate, the University of Otago’s oldest society is putting up a persuasive case for top honours.

If you were putting it in sporting parlance you would say the Otago University Debating Society (OUDS) has hit a rich vein of form.

Over the past year it won the Joynt Challenge Scroll, New Zealand's oldest and most respected national university debating tournament, and reached the quarter-final round of the prestigious Australasian Intervarsity Debating Championships (Australs) which draws teams from the Asia-Pacific region.

It was also ranked in the top tier of competitors ahead of the World Universities Debating Championships – alongside 10 other prestigious institutions including Oxford, Yale, Harvard and Cambridge.

OUDS 2014 President John Brinsley-Pirie says the strength of the society has been building in recent years.

"When I started debating here five years ago there was a very dedicated core group. Those people stayed around, doing sixth year honours or a master’s degree, and they coached people like me and others. Basically the institution got rebuilt over that time."

The OUDS holds the distinction of being Otago's oldest society – tracing its formation back to 1878. Membership tends to fluctuates, but currently sits at around 80 to 100.

"A lot of effort has been put into marketing the society and encouraging first-year students along. Hopefully, that will sow the seeds to help the society to continue to grow from strength to strength," says Brinsley-Pirie.

Although debating is seen as something strongly allied to the Faculty of Law there are plenty of students from other departments.

"In the last few years we've really broadened out and the best debater at Otago in 2014 was a med student. We also have economics and maths students, and science has had a big renaissance. Certain members in the society worked hard to bring along science students and that has gone down very well with science departments as well."

Being able to join a society that is performing so well at an international level is an added attraction, Brinsley-Pirie explains.

"It gives us the opportunity to try to institutionalise ourselves so that when you go to a tournament people know what Otago is and what that means.

"That's been quite recent and quite nice. Ever since we got into the 2013 world championship final with Alec [Dawson] and Kieran [Bunn], Otago has become a name that people know and the Australs have entrenched that even further."

Otago was awarded the honour of hosting the Australs last year, based on the quality of the judging Otago was able to offer, with Brinsley-Pirie and fellow OUDS member Katarina Schwarz given a role as judges for the final of what is considered the second most presitigous debating event behind the world championships.

Brinsley-Pirie says judging has a competitive element in debating, with judges given a ranking in recognition of their quality.

To make sure members are well-prepared for the competitive world of debating the OUDS runs first semester training sessions to help new members understand what underlies effective debating.

"It's essentially about getting people to structure their ideas," says Brinsley-Pirie. "Debating is about communicating a simple message in a persuasive way – it's not about yelling someone down."

There is also a regular programme of internal and external tournaments during the year, following a similar structure to the worlds and Australs.

"The vast majority of debating is impromptu and you have a time limit for preparation. In the Australs you have 30 minutes to prepare after you're given the topic, while the worlds only have 15 minutes."

Brinsley-Pirie says the OUDS enjoys a lot of practical support from the OUSA and also the Vice Chancellor's office, while their official patron, Professor Nicola Peart (Faculty of Law), plays a valuable role.

"She really is the constant for a club which otherwise churns through members every few years."

One of the areas of OUDS debate lies around just who they can claim as alumni.

"We still claim David Cunliffe. I talked to him when he was down and it turns out he used to come to internal events, but he didn't go to any tournaments. We think that's enough – that works for us," Brinslie-Pirie adds with a smile. "We also claimed Grant Robertson but he's denied it."

Post script
Since the interview for this story was completed, the Otago A team, comprising Brinsley-Pirie and Patrick Dawson, came 38th out of nearly 400 teams at the world championships in Kuala Lumpur, while Katarina Schwarz qualified as a judge for the knock-out rounds.