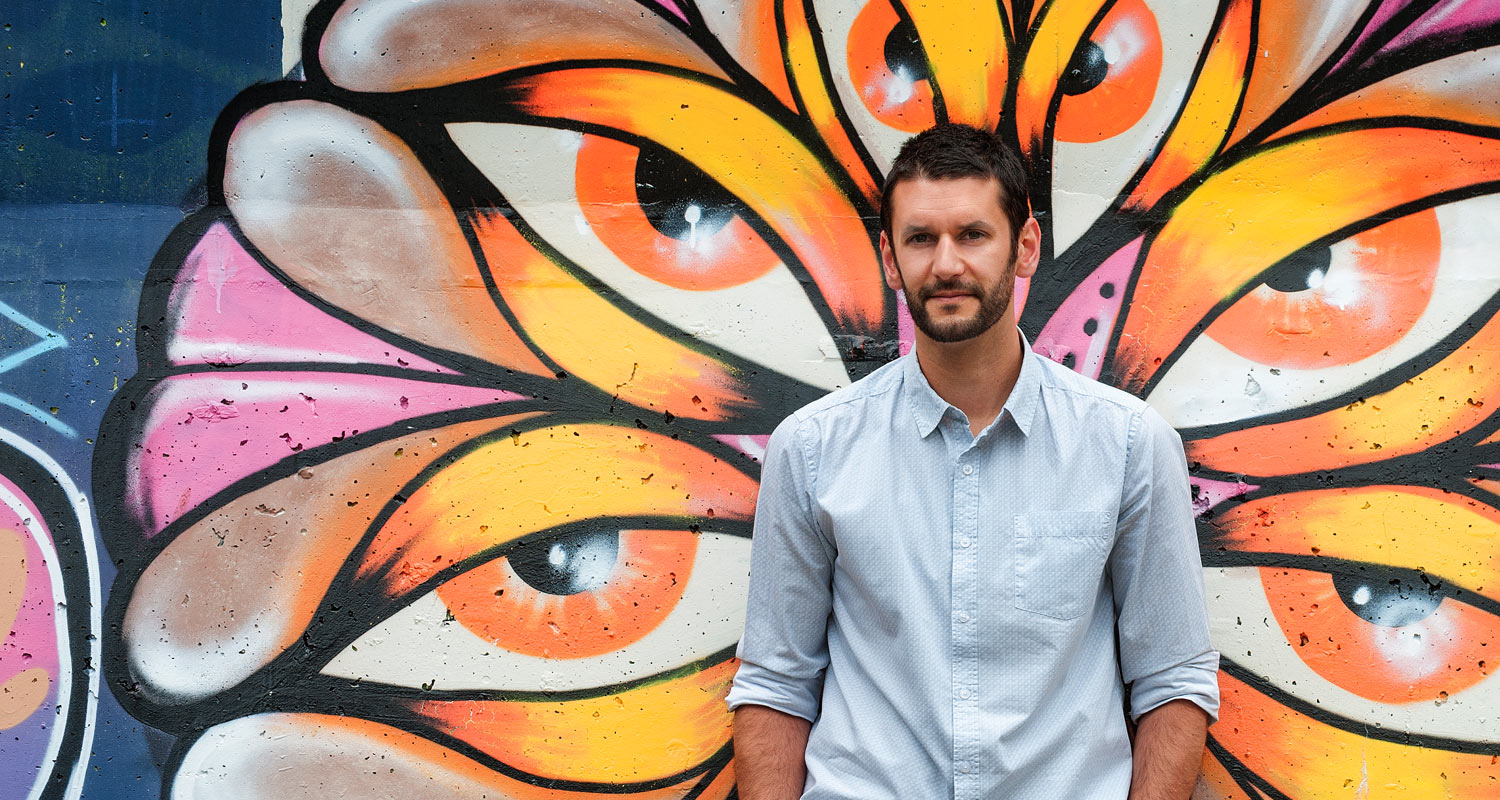 If Dr Karl Iremonger (Physiology) was worried about securing funding for his research on stress, there was really no need.

Iremonger received a $300,000 Marsden Fund Fast-Start grant for emerging researchers from the Royal Society of New Zealand in November.

He was awarded a Sir Charles Hercus Health Research Fellowship from the Health Research Council in the same month, worth just over $489,000 and one of only two of the prestigious fellowships awarded last year.

And he travelled to Wellington in December to be presented with the $200,000 2014 Prime Minister’s MacDiarmid Emerging Scientist Prize.

Iremonger, who grew up in rural Canterbury and Southland, completed undergraduate degrees in physical education and physiology at Otago. He then moved to Canada, where he earned a master’s degree and a doctorate in neuroscience at the University of Calgary.

“My interest in neuroscience was sparked by an honours project I did in phys-ed in which I worked with people with multiple sclerosis, looking at the effect of exercise on their symptoms,” Iremonger says. “And I wanted to combine more education and training with a bit of life experience and travel.”

He returned to Otago in 2010 to undertake postdoctoral research, working with Professor Allan Herbison in the Centre for Neuroendocrinology within the Department of Physiology, and took up an appointment as a lecturer in the centre in October 2014.

Iremonger specialises in research on a part of the brain called the hypothalamus. It’s about the size of an almond and located in the centre of your head, at about eye level.

“The hypothalamus is an area of the brain that subconsciously controls behaviours and functions which are absolutely critical for survival,” Iremonger explains. “For example, it controls stress hormone levels, fertility, metabolism, thirst, body temperature. It’s a physiological controller that makes sure your body is functioning properly without you having to think about it.”

The MacDiarmid Emerging Scientist Prize was an acknowledgment of his research on the neurons that control fertility and reproduction within the hypothalamus.

“We discovered that these fertility neurons have a structure and function that are really different to any other cells that we know of in the brain. How they control fertility, how they process information from other brain cells, is really quite unique and remarkable.”

He says that this discovery opens up the possibility of regulating the activity of these brain cells with drugs, paving the way for new treatments for infertility. He adds that, if other brain cells also process information differently to what we currently think, it has huge ramifications in developing treatments for other neurological disorders.

In announcing the prize, the MacDiarmid judges described his findings as “internationally significant”.

Iremonger is putting most of the MacDiarmid prize money towards setting up a laboratory with a small staff in the Centre for Neuroendocrinology to carry out related research on stress, funded by the Marsden and Hercus money.

Most of us get stressed from time to time, but Iremonger says that his research is concerned with the damaging effect on our bodies and brains from chronic or prolonged stress, when we secrete elevated levels of stress hormones in response to this ongoing stress.

“We are generally resilient when it comes to single stresses and acute exposure to these stress hormones can actually be beneficial. But, what is really damaging to us is repeated stresses and persistently elevated levels of stress hormones that we can’t control over extended periods of time. That’s when we seem to break down and become more susceptible to things like cardiovascular disease, metabolic disorders, diminished fertility, impaired short-term memory, anxiety and depression.”

Iremonger cites one specific example of the effects on our metabolism. “The stress hormones that circulate in your blood do a number of things. One thing they do is to cause the release of glucose into the blood. If you are trying to escape from a lion, release of energy stores is going to give you energy to escape. That’s the acute advantage. But, if your blood glucose is always elevated, that can lead to diabetes.”
Iremonger says that part of his research focuses on neurons that are activated in the hypothalamus during stress. One lot are called corticotropin-releasing hormone neurons, thankfully abbreviated to CRH neurons; the other lot are called oxytocin neurons.

He explains that stress activates the CRH neurons and they release the stress hormones into the body.

“These stress neurons integrate information from a whole bunch of other parts of the brain that all relay different stress signals – things like immune stress when you get an infection, low blood pressure and low blood glucose, and psychological and emotional stress – and, in turn, control the levels of stress hormones circulating in the body.

“Acute stress temporarily increases the excitability of these CRH neurons but, if these neurons become overactive as a result of chronic stress, it is going to cause too much release of stress hormones into your blood and the consequent health problems.”

Oxytocin neurons, on the other hand, help to prevent excessive stress hormone release.

“The hypothesis is that oxytocin neurons, which sit right next to the CRH neurons, are a safety brake which prevent the CRH neurons from becoming hyperactive. So we are interested in studying, at the level of single cells, how these two cells talk to each other and control each other’s activities.”

He says that understanding how this happens might lead to better drug treatments to prevent excessive stress hormone release and, thereby, prevent many of the detrimental health consequences of chronic stress.

Iremonger also wants to understand why CRH brain cell activity sometimes remains elevated after the cause of the stress has gone.

“The hypothesis is that there are long-lasting changes that happen to these stress neurons that make them hyper-excitable for longer periods of time, and this could be due to changes in their structure and in their function. So we are going to first figure out what their normal structure and function is and then see how that changes after exposure to stress.”

He says that by identifying these changes, we will also be better able to prevent or reverse them, to restore normal stress hormone levels.

The stress research, which is being undertaken with the assistance of Dr Valery Grinevich from the University of Heidelberg, involves studying neurons in brain tissue obtained from mice.

Iremonger is confident that the research on mice is applicable to humans. “We know that the basic circuits and the mechanisms of how brain cells work and how networks of brain cells function is very similar between mice and humans.”

Iremonger intends making known the results of his research through journals, conferences and the media, in which he has quickly established an impressive track record.

The MacDiarmid judges noted that, since returning to New Zealand in 2010, he has “presented his work numerous times at national and international conferences” and “has an outstanding publication record for an early-career scientist”. He has already published 17 papers, many of which have appeared in prestigious research journals.

And how does the busy scientist deal with stress in his own life? He says that a sense of perspective, physical exercise and family are important.

Spending six years in Calgary in the shadow of the Canadian Rockies enabled him to indulge his passions for skiing, biking and hiking. Back home, the 35-year-old enjoys summer surfing, winter skiing and year-round running – time permitting; he has been training for the 42-kilometre off-road Motatapu Marathon near Wanaka this month.

He says that his greatest relaxation is spending time with his wife, Dunedin Hospital dietitian Jo Iremonger, and their funny and energetic two-year-old daughter.