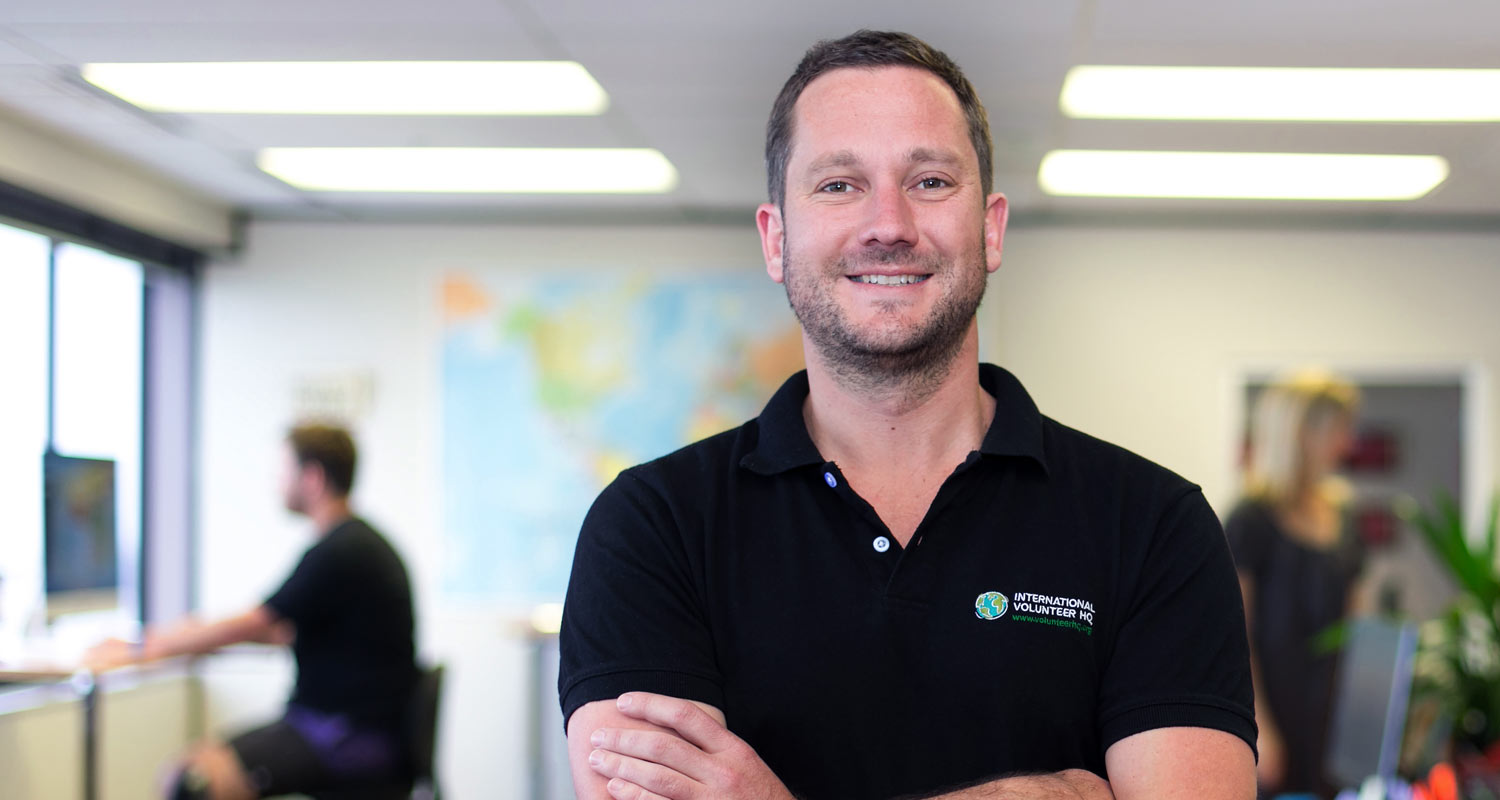 Walking out on his first job after three days proved the making of Otago Business alumnus Dan Radcliffe who was recently named Ernst & Young Entrepreneur of the Year. By the time you are reading this story, his company, International Volunteer HQ, will have placed more than 40,000 people in volunteer roles around the world in just eight years.

Leaving your first graduate job after just three days and heading off to volunteer in Kenya may not be a textbook example of how to start your career.

But not sticking to the script has worked out well for Otago alumnus Daniel Radcliffe who was named the 2014 Ernst & Young Entrepreneur of the Year in recognition of the stellar development of International Volunteer HQ (IVHQ), the company he founded and now heads.

Radcliffe spent five enjoyable years at Otago gaining a Bachelor of Commerce (BCom) and a Master of Business (MBus). Like many other young graduates, he headed into a corporate graduate programme, but quickly realised it was not for him.

"I remember thinking – what will I do now? I've studied for close to five years getting this good degree and gone and quit my first job after only a couple of days.

"Other times when I have struggled to know what I wanted to do I have tried to put myself outside of my comfort zone – it was always a good way of learning a bit more about myself. So I decided to head for Africa and do some volunteer work."

But he soon realised the volunteering opportunities were restricted and there was a real opportunity for a company like IVHQ.

"Unless I wanted to go for a year or longer with the Peace Corp or VSA, then there were no real affordable opportunities around.

"I only wanted to go for about three months, so I signed up with the cheapest company I could find to go to Kenya and teach."

Costs were an issue and, after comparing notes, Radcliffe realised he was paying more to volunteer than friends were to go partying with Contiki.

"Once I got to Kenya I realised that the costs of these trips shouldn't be so high. There was a gap in the market because a lot of these companies were charging far too much."

Back in New Zealand he set about launching an affordable volunteer travel company with a transparent pricing structure.

"We charge the volunteer a fee of $US279. The balance of what's paid goes to our local team in the country to cover all the costs there – depending on where they are going, how long they are going for and what they are doing."

For example, a teaching trip to Kenya is a lot cheaper than doing turtle conservation in an expensive country like Costa Rica, with its high living costs.

Some projects – for example, construction projects – may include the cost of having a supervising foreman. Likewise conservation programmes, where a marine biologist or scientist may be involved. It is about helping cover the costs incurred by having volunteers there.

IVHQ initially started out with four countries – Kenya, Nepal, Thailand and Vietnam – but is about to hit 30 countries, with the addition of Romania and Italy.

"When people think about volunteer travel they think about going to help out poor people,” says Radcliffe.

"We are trying to move away from that and have begun opening programmes in places that you wouldn't normally associate with volunteer travels. For example, in Italy people can be involved in building restoration work, childcare work, teaching and working with refugees.

"We are trying to push this idea that volunteer travel can happen anywhere and that, regardless of where you are in the world, you can stop and do something positive while you're abroad."

Radcliffe says IVHQ works because it can send a lot of people while operating on small margins, with its modest registration fee.

"The company I went with must have had a margin of around $US1,500. We operate on less than 20 per cent of that margin even eight years later."

A staff of 25 in New Plymouth do all the pre-departure support. There are about 300 people working under the brand worldwide, although none of them are employed directly by IVHQ; instead, they work for their local teams.

Radcliffe says Otago prepared him well. "In retrospect, the education I got has been perfect for a young guy who was looking to start his own company. There were a lot of ideas and theories, particularly around logistics management and HR, that I've been able to apply to my business.

"More than anything else, too, just the people you are able to meet and the people that you mix with at the Business School have been really helpful post-University."

One of the people with whom he undertook master’s at Otago, Ben Brown, is now one of his right-hand people at IVHQ, heading sustainability and risk management.

IVHQ has now placed more than 40,000 people over eight years. That adds up to more than 3,000,000 volunteer hours that they have contributed.

"Outside of the success of the business, the social impact of those people on the ground in those countries is pretty staggering and something we're really, really proud of."

Little wonder that, among many things, the award judges highlighted Radcliffe's personal integrity, and the influence and impact IVHQ is having on communities and in changing lives.