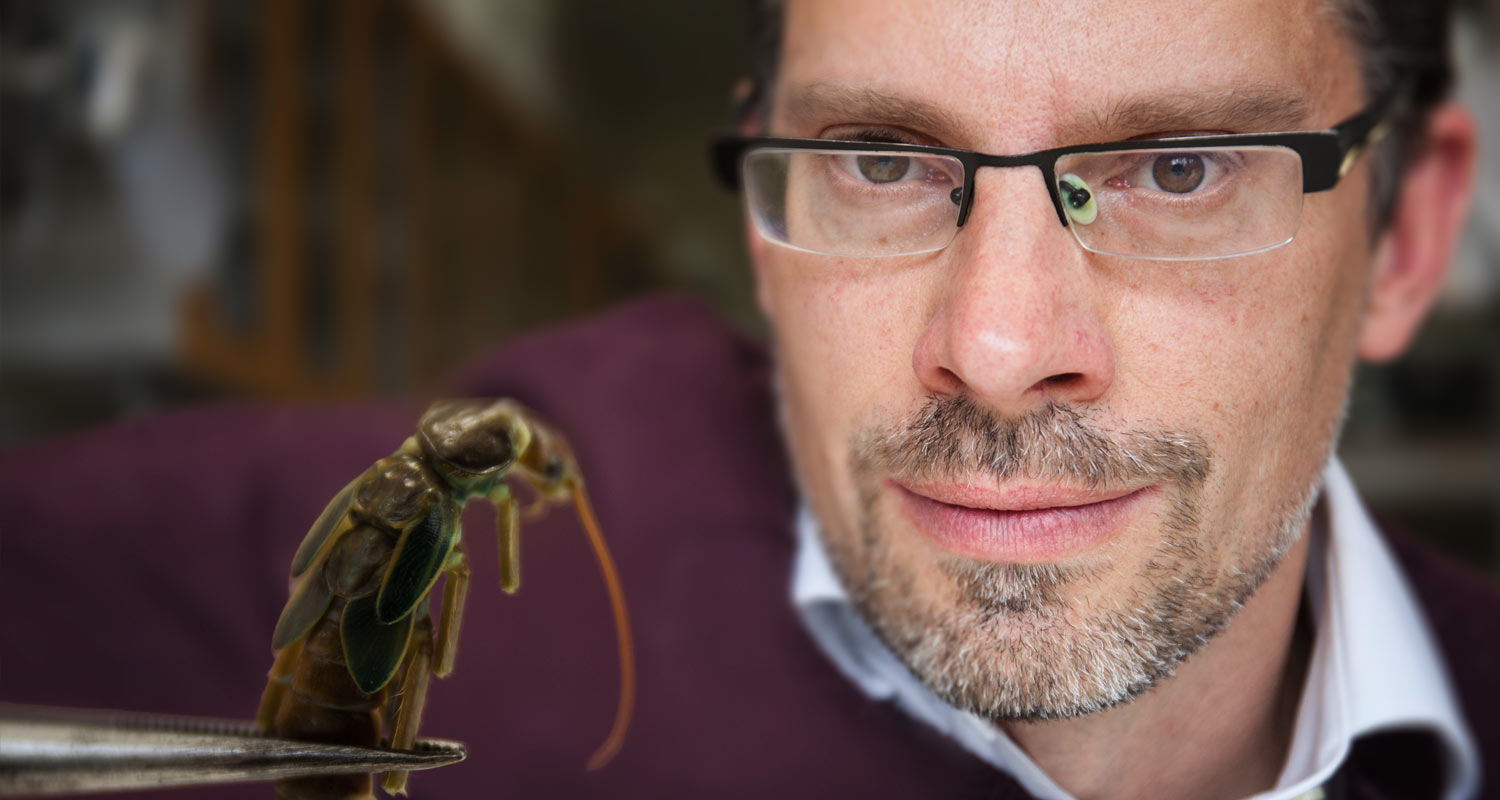 New Zealand is famous for its flightless birds, but Professor Jon Waters (Zoology) is equally fascinated with our alpine insects that have lost their ability to fly.

Waters, with assistance from a Marsden Fund grant, has set about the task of unravelling the genetic basis of flight-loss in alpine stoneflies.

“It’s about looking at how insects change in response to living at high altitude,” Waters explains. “Most insects have the ability to fly, but then you get some that have evolved reduced wings and have lost that ability. It’s something that happens repeatedly in the mountains in New Zealand.

“Almost all stoneflies fly, except for a few small isolated alpine ones, and we also get this pattern even within one species, where the lowland populations have regular wings and fly, and the upland ones have reduced wings and don’t.”

Waters says that we know little about the genetic mechanisms underlying this evolution in reverse.

Working with Associate Professor Peter Dearden (Biochemistry), he says that they will use genomic techniques to test for the genetic changes that cause repeated losses of flight in wing-reduced alpine stoneflies.

“As well as trying to understand how New Zealand’s biodiversity has evolved, I think it’s also really important for us to develop better skills at sequencing whole genomes and using them to understand morphological differences between and within species.”

Waters believes that the likely explanation for the flight-loss in so many New Zealand alpine insect species is a simple response to living at high, windy, exposed altitudes, to stop them being blown away.