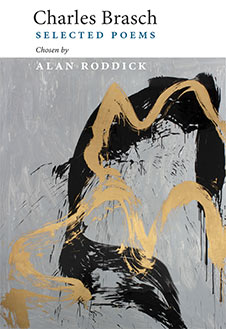 Charles Brasch (1909–1973) was the founder and first editor of Landfall, New Zealand’s premier journal of literature and ideas.

Born in Dunedin, he grew up to be at home in the literature, art and architecture of Europe, but returned to devote his life to the arts in his own country – as editor, critic, collector and patron.

Brasch’s vocation, however, was to be a poet. As he said in his memoir Indirections, in writing poems he “discovered New Zealand … because New Zealand lived in me as no other country could live, part of myself as I was part of it, the world I breathed and wore from birth, my seeing and my language”.

This selection shows his journey of discovery, as Charles Brasch learned by reading poets such as Rilke, W.B. Yeats and Robert Graves to find his own voice as “a citizen of the English
Language”.

It is presented as a beautifully bound cased edition 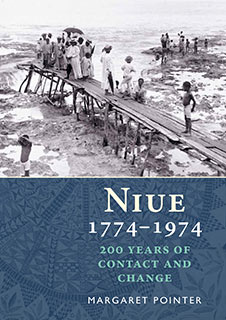 200 years of conflict and change

Tiny Niue lies alone in the south Pacific, a single island with formidable cliffs rising from the deep ocean. Far from the main shipping routes and with a daunting reputation, “Savage Island” did not naturally invite visitors.

Yet Niue has a surprisingly rich history of contact, from the brief landings by James Cook in 1774 through to the 19th-century visits by whalers, traders and missionaries, and into the 20th century when New Zealand extended its territory to include the Cook Islands and Niue.

To date, this story has not been told. Using a wide range of archival material from Niue, New Zealand, Australia and Britain, Margaret Pointer places Niue centre stage in an entertaining and thoroughly readable account of this island nation through to 1974, when Niue became self-governing.

As important as the written story is the visual record and many remarkable images are published here for the first time. Together, text and images unravel a fascinating and colourful Pacific story of Nukututaha, the island that stands alone.

Among Secret Beauties: A Memoir of Mountaineering in New Zealand and the Himalayas, by Brian Wilkins, Otago University Press, 2013.

The Adventures of Angel-Louise and Friends: Christmas in my New Home, by Julie Fawcett, illustrated by Charlie Saies-Allen, December 2014.