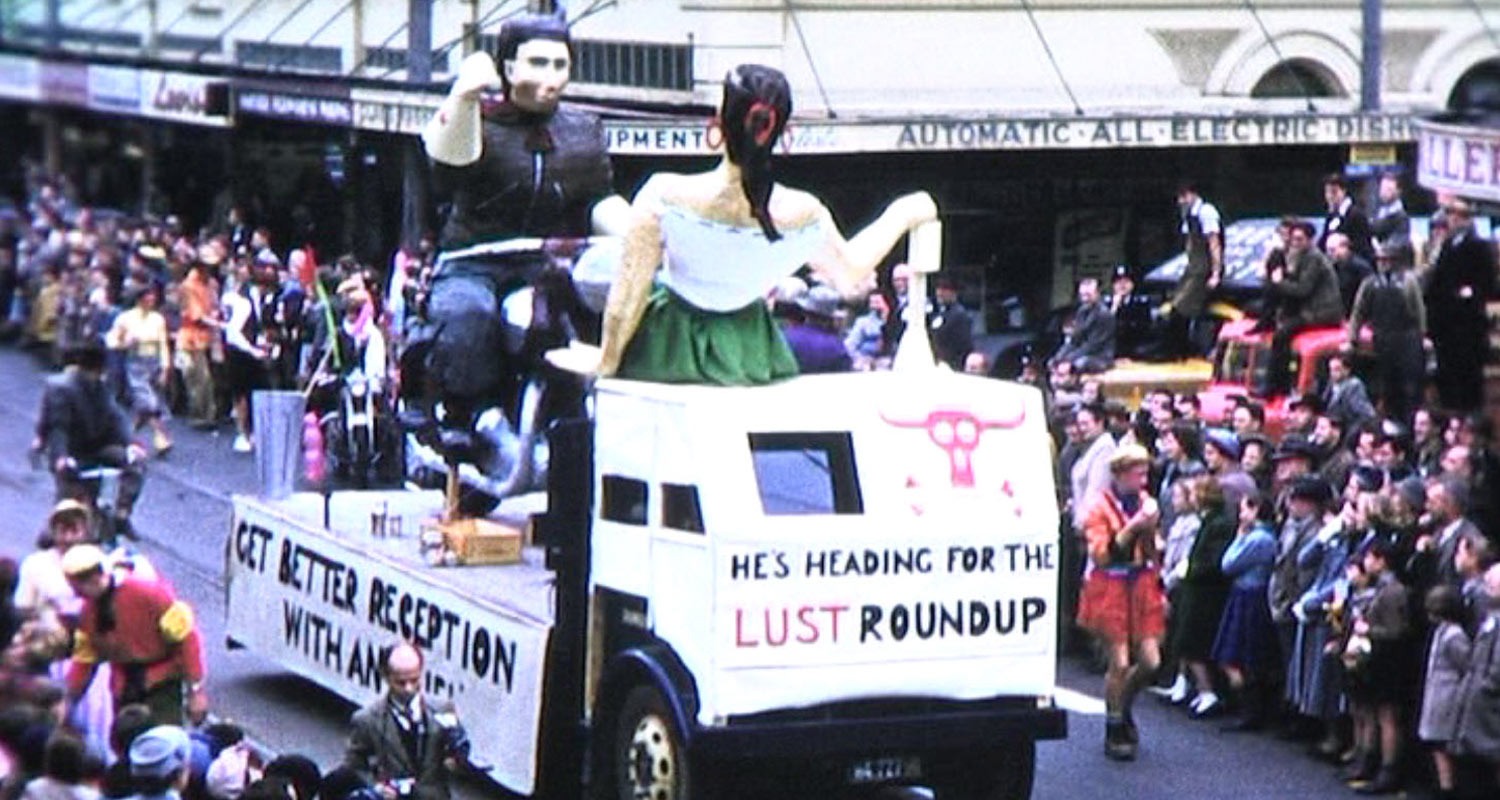 Bullocks working in Leith Valley in 1939, the Kaikorai Cable Tramway and the 1955 University of Otago Capping Procession are among the moving snapshots of our past that have been preserved by the Hocken and are now available for public viewing.

The Hocken had, among its collections. some 400 reels of old local film that were not only unviewable, but the content of much was unknown. Now, following a collaboration with Maurice Hayward and the Film heritage Trust, these films have been digitised and catalogued on the library’s online database, Hakena.

Copies are available on disc for use within the library, but extracts have also been uploaded for easy public access on the Hocken’s new YouTube channel.

Thee include a variety of insights into our past including phys-ed classes at Seacliff School and flooding at Balclutha, from George Thorn’s 1950s collection; and V-J Day celebrations in Dunedin on 15 August 1945. This footage from amateur filmmaker W.H. Davidson shows dancing and music in the streets, marking the end of World War II.

Also by Davidson is the 1947 film of the Kaikorai Tramway enabling the viewer to “ride” the cable car on its journey. This tramway was in service from 1900 to 1947 and the clip has attracted more than 700 views on YouTube and a “reach” of over 15,000 on Facebook.

The footage that has attracted the most viewers, however, is a promotional film made by the University of Otago in 1982. The 33-minute, 16mm film, Learning is a way of life: an introduction to student life at Otago, was produced by the University’s Higher Education Development Centre’s AV production unit in response to several years of declining student numbers.*

It tells the stories of five students: first year Amanda Ellis (arts), medical student peter Griffiths, Diana Carson (commerce), Graham Mandeno (science) and mature student Joan Parker (education). Opening with their arrival on campus at the start of the year, it follows them as they settle into their flats and halls of residence, through orientation and lectures, music and drama productions, life in Dunedin, to graduation at the end of the year.

The film was screened nationwide on television in June and September in 1982, with additional showing at the Dunedin Public Library. An innovative approach to university marketing at that time, the film triggered a number of similar initiatives from other institutions - and provides a nostalgic view of life at Otago in the early 1980s.