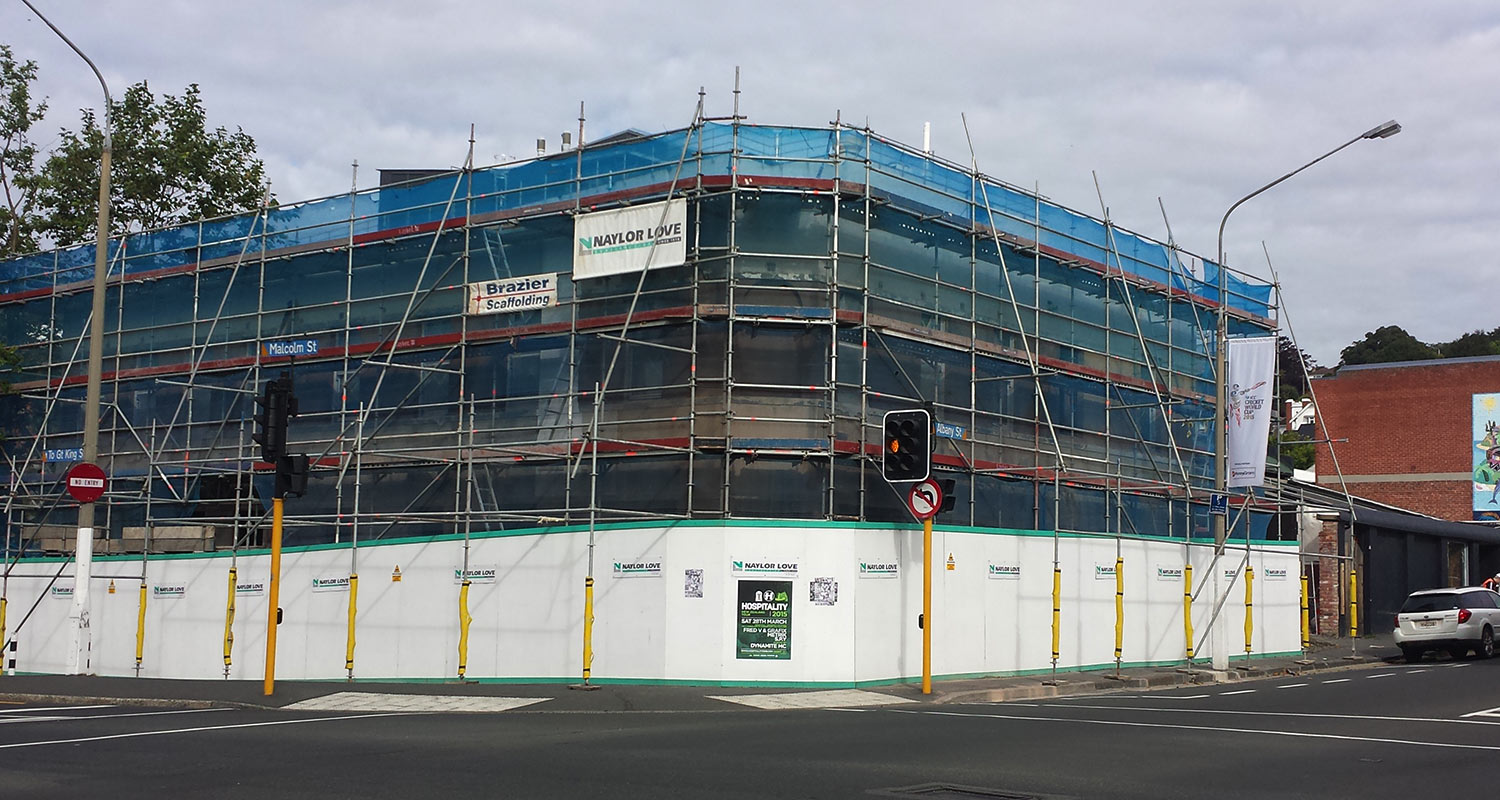 Whatever happened to…
The Cook?

Totally reburbished, The Cook will be opening its doors again later this year.

There would be few Otago alumni who don't have some sort of story about The Cook.

Built in the 1870s, The Captain Cook Hotel (to use its full name) has been part of North Dunedin as long as the University of Otago itself, becoming woven into the backdrop of student life.

When word of its imminent closure started circulating in 2013 it is fair to say there was widespread dismay at the loss of what was seen as a Dunedin institution. On the day it closed its doors, in June 2013, people who had not set foot in the pub since they were students made sure they went in to toast The Cook and to share their stories and memories.

Since then the two-storey brick building has been wrapped in a scaffolding cocoon while a transformation takes place. The owners – Chris James, Noel Kennedy and Greg Paterson – are having the building taken back to its original look, right down to the old traditional corner entrance to the downstairs front bar.

Contractors Naylor Love Construction have stripped The Cook's interior back to the brickwork – which is triple brick downstairs and double brick upstairs. Extensive earthquake strengthening has also been done to take it to 70 per cent of new building standard, with the addition of extensive steelwork, including rods that tie the external walls to the strengthened internal structure.

New double-glazed wooden sash windows have been installed upstairs, and big new windows are to be installed downstairs on the Albany Street side to make the best use of its north facing and the light it brings in.

"It will also give the bar a greater relationship to the urban spaces outside," explains supervising architect Ed Elliott.

It has been a project that Queenstown-based Elliott describes as both challenging and interesting. "We have made a few discoveries along the way, including two original old fireplaces in the bar. We've peeled back a lot of layers and uncovered a lot of the old 19th-century character which will be a feature."

The overall interior look of the downstairs bar is being designed by Wellington designer Alistair Cox whose brief was to create a timeless student bar. One of the key features will be a traditional horseshoe-shaped bar.

Upstairs will retain much of the old layout that Otago alumni will remember, providing plenty of space as a music venue which will be able to hold up to 195 people.

Additions will include a deck overlooking a courtyard area which also turned up a few surprises, including the remnants of an 1850's stable which will be kept partly visible. Other discoveries included newspapers from 1874 and evidence of an old latrine which pre-dated the building.

There will be kitchen space to provide bar food, plus there will also be a separate takeaway business at the south end of the Great King Street facade.

All these changes will give The Cook a future well into the 21st century. One of the businessmen involved, Greg Paterson, says they were always keen to see the pub brought back to life.

"I think it's fair to say we all understand the importance of The Cook to the University and Dunedin. Students are still having a whale of a time here, but it's important for them to have a controlled environment to go to."

It is hoped The Cook will reopen its doors towards the latter part of the year.