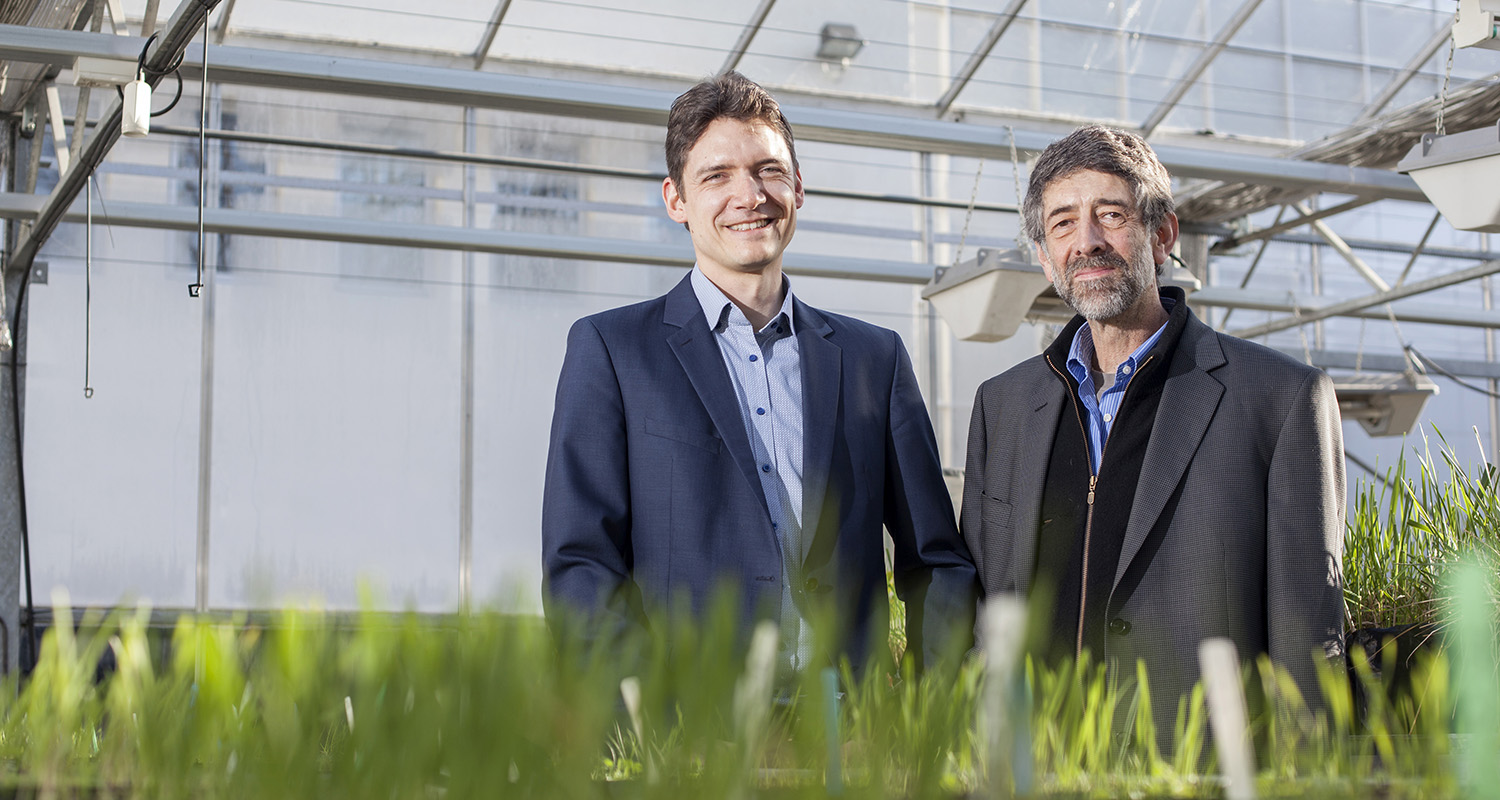 A nutraceutical with the potential to help regulate blood glucose levels has won Otago Innovation Limited’s 2015 Proof of Concept competition.

Designed to encourage researchers to take research towards commercialisation, Otago Innovation Limited’s 2015 Proof of Concept competition has attracted a record level of interest.

There were 26 entries this year – compared to 18 in 2014 – with proposals coming from across the University, from Dentistry and Geology, to Biochemistry, Physiology and Law.

"It has become a highlight in our calendar because it attracts plenty of attention given the relatively modest prize of $50,000 for researchers to progress their project towards commercialisation," says Otago Innovation’s Chief Executive Dr Pete Hodgson.

The judging panel, which includes people from both inside and outside the University, awarded this year’s prize to Dr Phil Heyward and Dr Alex Tups (Department of Physiology), Dr Nigel Perry (Chemistry, Plant and Food Research) and Pat Silcock (Food Science). They are collaborating to develop a nutraceutical with the potential to help regulate blood glucose levels to support the treatment of type II diabetes.

Intellectual property issues mean they cannot say much at this time, but Heyward draws a comparison with aspirin, in that they are developing an extract which occurs naturally in a plant.

"The Proof of Concept prize is a tremendous boost because it allows us to focus on the project in a much more pointed way and has given us the impetus to move towards an initial small-scale clinical trial."

"This award will really help accelerate both the research and product development in parallel. We expect the outcome to be an effective nutraceutical fully supported by the basic science."

That basic science is pointing towards the extract having wider applications, adds his research collaborator Tups.

"The extract might also be effective against other diseases that often accompany diabetes. It might also help improve memory function and mood disorders," he says.

"After investigating the basic mechanisms controlling blood sugar for more than a decade, it is amazing to see that we have now achieved to a point where we can transfer this work into developing a product that might help people control their blood sugar and improve quality of life."

As well as working with the Proof of Concept winners, Otago Innovation often liaises with other competition entrants whose ideas also have commercial potential. Last year alone, seven of the 18 entered projects were progressed.

This year, three other projects were highly commended by the judges. George Poulter and Associate Professor Richard Macknight (Biochemistry) have developed an elegant and novel method to enhance the precision of DNA profiling, opening up new applications for the existing technology.

Hodgson says that, when assessing concepts, the judges deploy a range of criteria such as whether the concept is novel, does it meet a need and whether there is likely to be a market for it.

He is upbeat about Otago’s ability to generate novel concepts. "The intellectual horsepower in this University – some of it is eye watering. I've known that for a long time. This is a very capable research university and we need to ensure that we maximise the benefit of the outstanding work that is happening here.

“The core roles of a university are undoubtedly teaching and research – not commercialisation. But there are – and will continue to be – times when the commercialisation of intellectual property is the right thing to do. I believe we need to be increasingly aware and committed to this."

Hodgson says that the situation is, in fact, changing quite quickly and Otago Innovation has stepped up the number of new ideas it is working with.

"In recent years we had been receiving about 25 new projects, but last year this number jumped up to 50, so we are hopeful that is a measure of the new awareness of the opportunities."

Being a life sciences university means things are slow and frustration is an "inevitable passenger", says Hodgson.

"We know most drugs, devices and diagnostics never make it to market, so we have to acknowledge there is a high attrition rate, but we also need to acknowledge that there are some extraordinary technologies under development here. Some of those might be brought to market and Otago will continue to make its difference to society."

Last year’s Proof of Concept winner Dr Elspeth Gold (Anatomy) identified a biomarker that appears to provide good differentiation of prostate cancers, so that clinicians can identify those who need a prostatectomy and those who can be managed. The biomarker could significantly reduce both over-treatment and under-treatment of the condition.

Since then, the sample size needed to test the biomarker’s efficacy has been increased and samples stored around the country’s hospitals are also being used to test it against the history and outcomes of the men from whom the samples were taken.*

Last year’s second prize winner, Dr Monica Gerth (Biochemistry), has engineered a novel enzyme which may break down bacterial biofilms by targeting the molecules bacteria use to communicate with each other.

When bacteria reach a certain critical mass they activate genes that cause them to change and form into a mucoid-secreting biofilm that is a thousand times more resistant to antibiotics than free-moving bacteria. This is a key issue in cystic fibrosis where patients end up with this mucous-generating biofilm in their lungs. It is also a problem in areas such as orthopaedic implants and dental implants.

Hodgson says they are examples of how research progresses at different paces. "Elspeth’s goal for research is narrower and closer to market, or failure – all research can fail – so we're likely to have an answer sooner than later.

"I think it’s fair to characterise Monica’s research as being further from market, but the research could yield an embarrassment of riches because biofilms are everywhere – from the food industry to orthopaedics."

Hodgson says other previous winners are also progressing well and at least two are at “delicate stages” in terms of commercialisation – so there may be more good news to come.

* Dr Elspeth Gold sadly died in August 2015, but her project will continue.