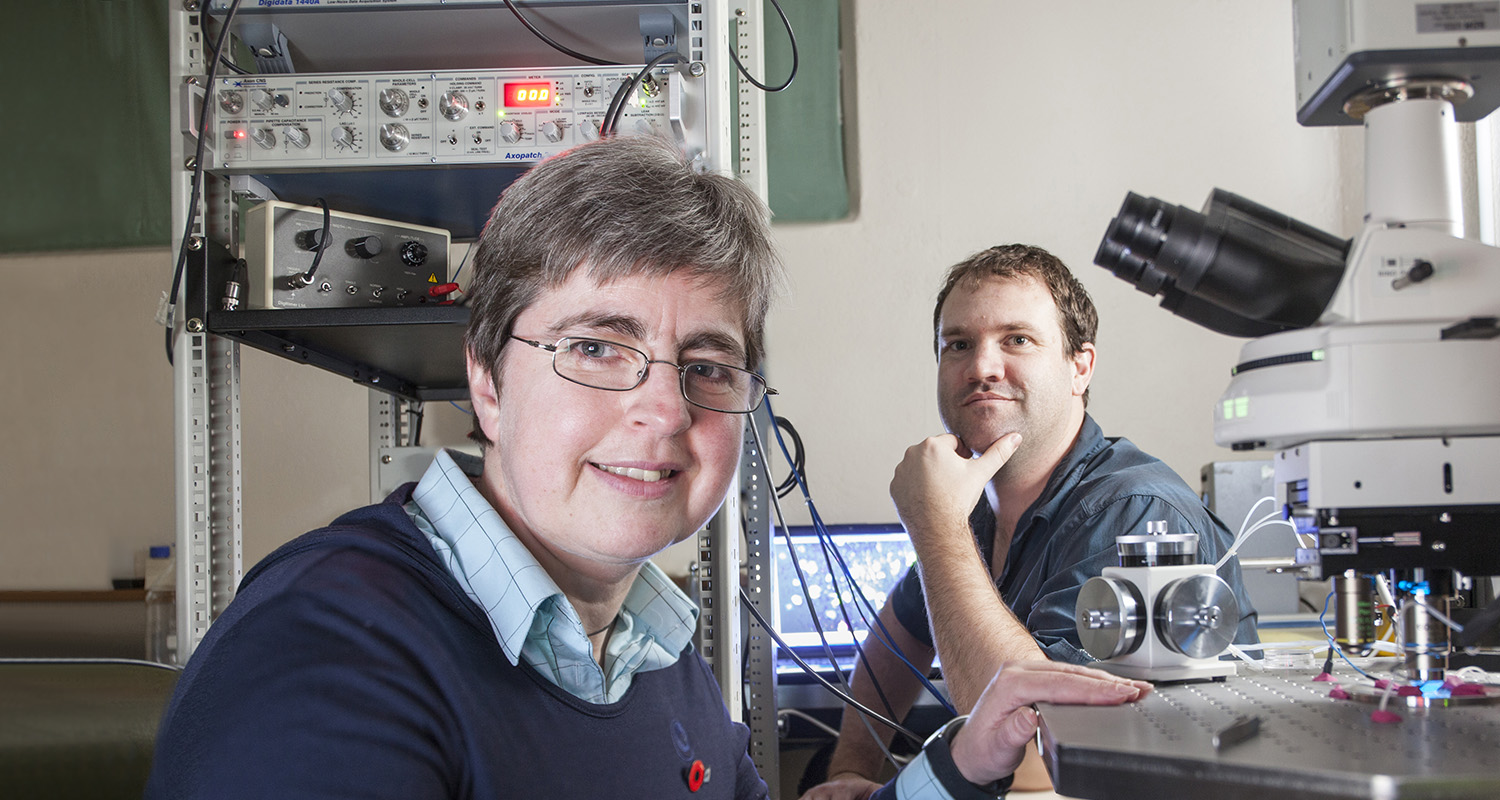 Research at Otago on how brains repair themselves after strokes could lead to improved outcomes for stroke sufferers.

“Once a stroke disrupts blood flow to a region of the brain,” Clarkson explains, “you end up with quite a lot of cell death within that region.

“We are trying to understand how regions of the brain that surround the stroke establish new connections between adjacent regions, which then take on the lost functions.”

Working on brains in mice, they are using new imaging technology that captures, through the skull, a visual recording of what is happening inside the brain during and after a stroke.

“There’s good evidence to suggest that the mechanisms of recovery which occur in mice also occur in humans,” Clarkson says.

The pair is particularly interested in recording changes in a specific part of the brain that is critical in directing the movement of our bodies and is often damaged during a stroke.

“The research will better tell us how a drug therapy might aid in recovery,” Clarkson says.

“If we know which parts of the brain are driving the recovery,” Empson adds, “maybe we can stimulate those areas to accelerate recovery, either pharmacologically or through electrical stimulation.”

Empson says that, although the focus is on strokes, there are potentially wider applications, from traumatic brain injury to epilepsy.

The Marsden Fund is supporting the research, which is being undertaken at Otago’s Brain Health Research Centre.

Next Signs of ageing