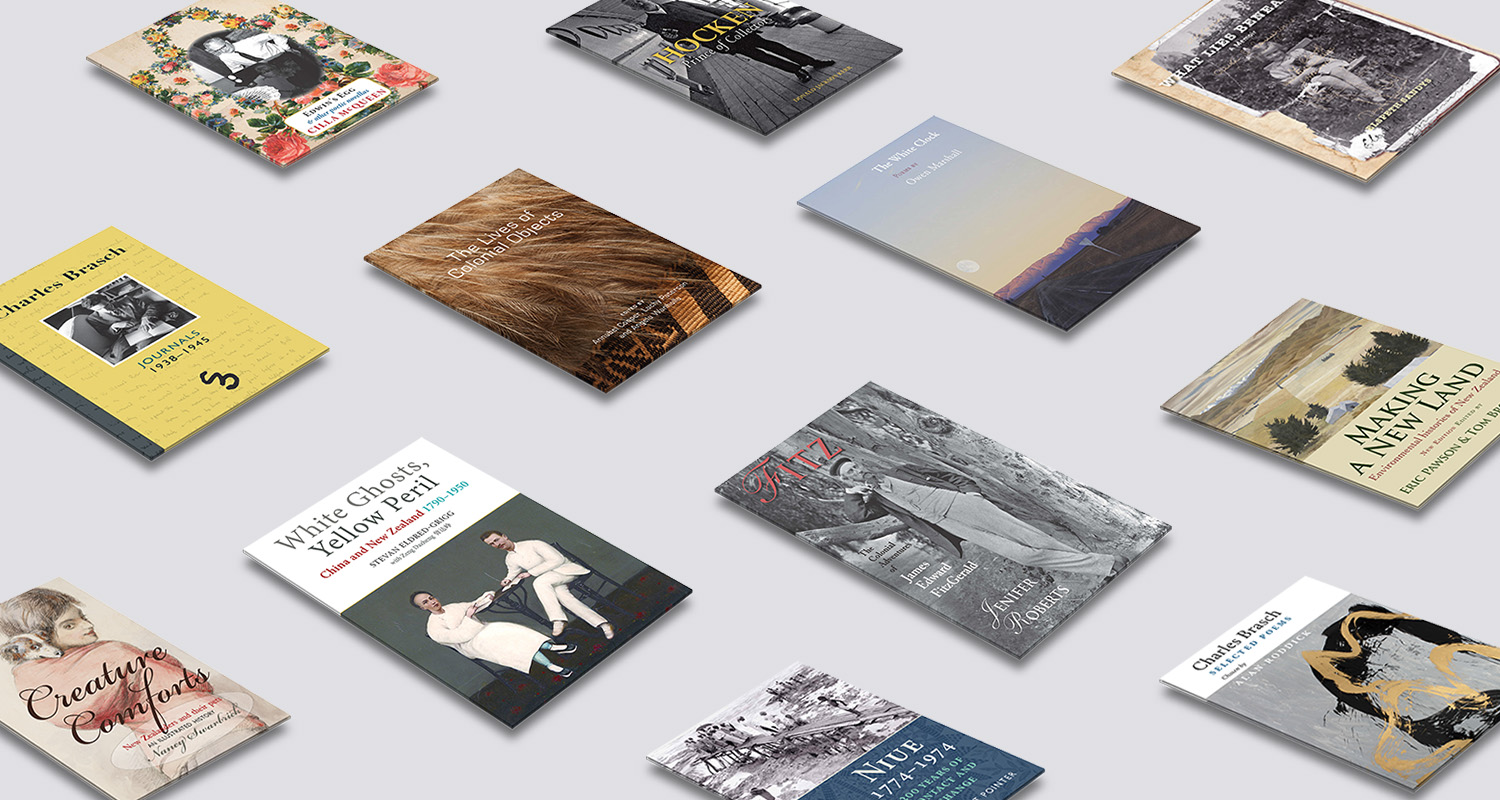 Dr Thomas Morland Hocken (1836–1910) arrived in Dunedin in 1862, aged 26. Throughout his busy life as a medical practitioner he amassed books, manuscripts, sketches, maps and photographs of early New Zealand.

Hocken: Prince of Collectors is the first thorough account of Hocken as a book collector. Author Donald Kerr has examined Hocken’s entire collection, including his extensive correspondence and personal papers, and his publications. An account of Hocken’s formative years in England and Ireland gives new insight into the man.

The canny foresight and doggedness with which Hocken went about securing material is illustrated in his decades-long pursuit of Samuel Marsden’s papers. The Letters and Journal of Samuel Marsden, now regarded as a prose epic and a key historical work, was Hocken’s greatest acquisition.

Hocken: Prince of Collectors places him in context with the other major book collectors in New Zealand and Australia – Grey, Turnbull, Mitchell and Dixson – and is a definitive bio-bibliographical work on this astute 19th-century bookman.

The Lives of Colonial Objects

The Lives of Colonial Objects is a sumptuously illustrated and highly readable book about things, and the stories that unfold when we start to investigate them.

In this collection of 50 essays the authors, including historians, archivists, curators and Māori scholars, have each chosen an object from New Zealand’s colonial past, and their examinations open up our history in astonishingly varied ways.

Some are treasured family possessions such as a kahu kiwi, a music album or a grandmother’s travel diary, and their stories have come down through families. Some, like the tauihu of a Māori waka, a Samoan kilikiti bat or a flying boat, are housed in museums.

Others – a cannon, a cottage and a country road – inhabit public spaces, but they, too turn out to have unexpected histories. Things invite us into the past through their tangible, tactile and immediate presence: in this collection they serve as 50 paths into New Zealand’s colonial history.

While each chapter is the story of a particular object, The Lives of Colonial Objects as a whole informs and enriches the colonial history of Aotearoa New Zealand.

Next Whatever happened to…