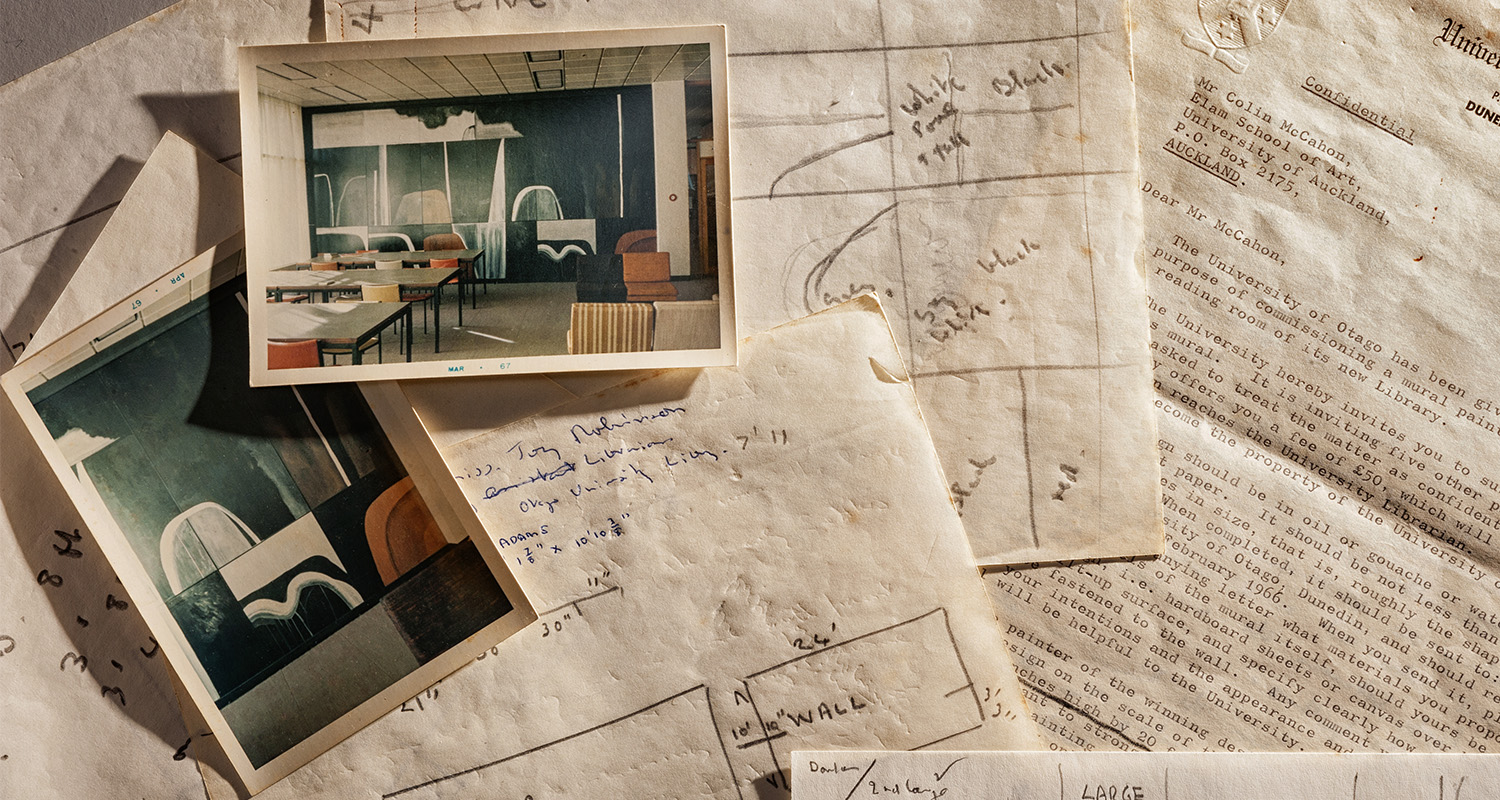 Newly accessible papers held in the Hocken Collections reveal fascinating insights into the life, works and opinions of one of New Zealand’s greatest artists, Colin McCahon (1919-1987).

McCahon’s personal and business papers, as well as those of his wife Anne McCahon (1915-1993), were donated to the Hocken some years ago and now access restrictions have expired (with the exception of personal letters written by still-living people for which written permission is required).

The collection dates back to McCahon’s childhood – even earlier as it includes papers belonging to his mother Ethel McCahon, whose father William Ferrier was also a talented painter and photographer. There is a long sequence of letters between McCahon and his parents, including some charming letters from the young Colin that reveal an early interest in art – he went on to study at the Dunedin School of Art.

However, much of the personal correspondence is between Colin and Anne and their friends, and is particularly significant in highlighting the influences in his life. 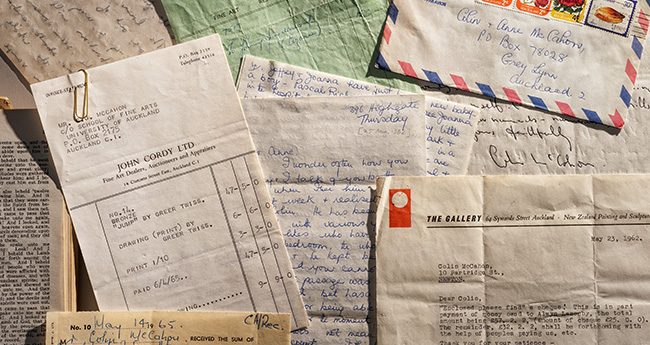 There are numerous letters from members of the New Zealand art community, including John and Anna Caselberg, Patricia France, Doris Holland (Lusk), Ron O’Reilly and Toss Woollaston, revealing aspects of their lives and work as well. Particularly intriguing is a series of letters from infamous prison escapee Ron Jorgensen with whom McCahon corresponded about art while Jorgensen was still in jail.

As well as personal correspondence, the collection includes a large number of business letters – from galleries, societies and art dealers, some including financial details and receipts, even the names of people who bought his work, and instructions in McCahon’s hand about the conditions for the sale of his work. Other papers relate to specific projects, including the commission, sketches and photographs for the Waterfall mural he created for the University of Otago Library, as well as correspondence and sketches for his famous Urewera mural.

There are also papers that show that McCahon, too, was purchasing art – such as a Greer Twiss sculpture, drawing and print in 1965.

Books and other items held in the collection tell us much about McCahon’s interests. His love of the theatre is reflected in scripts and designs from the drama productions he was involved in in the 1950s-70s – he co-founded the New Independent Theatre in the 1960s. Art books, magazine clippings and a few art reproductions throw light on those artists whose work McCahon may have particularly valued. And a number of Bibles and other religious texts – some of which are annotated – highlight an influence that became highly significant in his paintings.

The full list of the McCahon collection can be viewed on the Hocken’s online catalogue, Hakena.

W.H. Allen & the La Trobe Effect
Until 3 October 2015
English-born W.H. Allen taught at the Dunedin School of Art before being recruited by the New Zealand Education Department under Superintendent Sanderson la Trobe. He returned to England in the late 1930s.