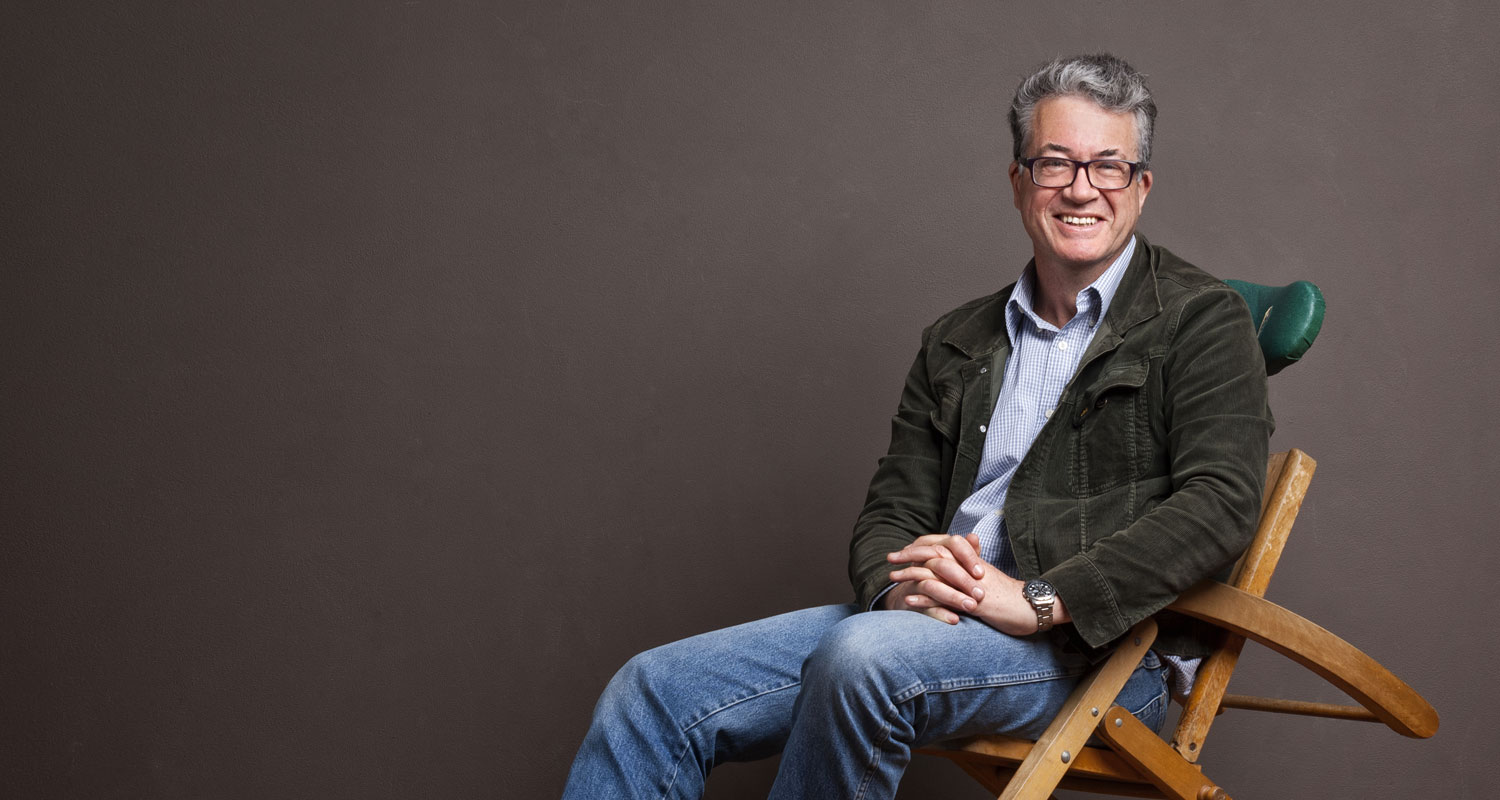 Otago research shows that medical tourism is on the increase – all over the world – and, contrary to popular misconception, the outcomes are generally very good.

Many Kiwis are flying home from overseas trips with far more than photographs and memories of cultural experiences.

Increasing numbers of travellers are returning to New Zealand with new hips or knees or other surgical and dental procedures performed at overseas clinics that provide services for medical tourists.

After researching current global literature and analysing websites promoting the service, they conducted a qualitative study involving in-depth interviews with New Zealanders who had travelled abroad for a range of procedures.

“In order to recruit interviewees we asked doctors to promote the study and advertised in national magazines for people who might be willing to talk to us about their experiences,” says Brent.

“It wasn’t easy finding participants,” says Kirsten, “but we ended up with numbers comparable to other qualitative studies internationally. And, in terms of depth of detail, ours is one of only two or three undertaken so far in the world.”

“We would have liked a wider range of procedures, but are happy with the range we were able to explore among New Zealand participants,” says Kirsten.

“Our analysis provides an insight into the practice of medical tourism and what motivates people to do it.”

People travelled to a wide variety of countries, with different regions offering distinct specialisations. For example, Thailand, Malaysia and the Philippines are favoured for cosmetic surgery and dental procedures, India for orthopaedic surgery and France for some types of cardiovascular surgery.

Intending patients would research treatments and specialists before leaving home and, although their travels fell into the category of tourism, they would often be far from popular tourist destinations – and spending much of their time overseas in recuperation after surgery. 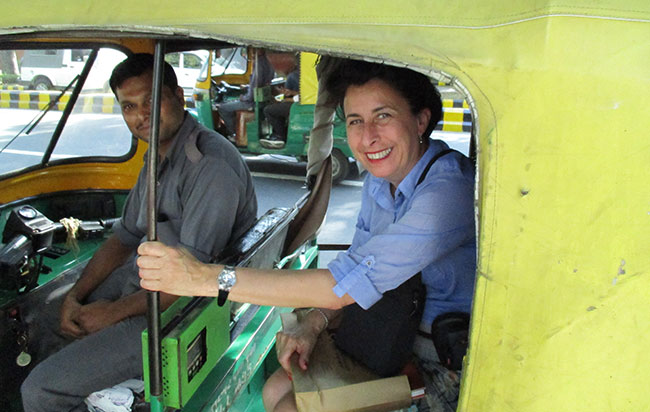 Dr Kirsten Lovelock: “The caring aspect is a major component of the whole commodity package and it’s definitely growing.”

“There’s a big difference between going on holiday and having work done on an impulse – which usually involves minor cosmetic procedures – and the careful planning that goes into major medical work,” says Kirsten. “In the latter case, it’s often not so much a holiday as recovery in an idyllic setting and receiving a level of care that they remember when they get home.

“Medical tourism has been around for a long time, predating imperial expansion. But contemporary medical tourism is larger in scope, involves travelling considerable distances and is proactively pursued by countries offering services. It is also a considerable source of revenue.”

Patient numbers are hard to pin down, but the expansion of overseas facilities to accommodate travellers speaks for itself, say the researchers.

“There’s no doubt medical tourism is on the increase,” says Brent. “Growth may not be as fast as originally estimated, but it’s happening all over the world. In the US you get patients travelling between states based on treatment cost and availability, and even in New Zealand we have people going from one health board to another to get what they want.”

People are driven by a wide range of reasons, he says.

“Some of the main ones are being dissatisfied with the local health system, low standards of treatment in public health, waiting times for treatment, lack of availability of the right treatment, or wanting procedures to be conducted by those with greater expertise.”

“Some people go overseas to individual medical specialists who have done thousands of operations,” says Kirsten. “They feel they could be at greater risk going to local professionals who may have done the same procedures only half a dozen times.”

Some head offshore for privacy, particularly for cosmetic work and fertility treatment. There are also cultural or religious drivers for some ethnic minorities who have to travel overseas to access procedures not done in their country of residence.

But what of the quality of overseas medical procedures? The researchers travelled in India gathering data from hospitals and agencies arranging treatments for travellers.

“There’s a substantial international market for medical tourism in India, but there’s a fast-growing domestic market too,” says Brent. “It’s a huge country. The market is not just for wealthy tourists. Their biggest clients are wealthy locals and wealthy expats returning home for the best treatment they can get.

”When you see the hospitals in India they are state-of-the-art glass and marble institutions. They’re fantastically inviting places where their experts have undertaken thousands of procedures – and at a fraction of the cost in New Zealand.”

Kirsten agrees. “The people doing these procedures are easily the most experienced in the world now.”

One New Zealand clinician with a life threatening condition chose to have a serious procedure done overseas simply because the foreign clinic he chose had considerably more experience than anywhere in this country.

“Initially you might think that people in a far-off land are less likely to be concerned about your welfare than people at home. But when you’re on a waiting list or even dropped off a waiting list, you feel rejected. It challenges your concept of your own country looking after you.

“When you, as a patient, seem to disappear as a person in the public health system and you haven’t got medical insurance or can’t get timely access to appropriate treatment, you’re likely to look at alternatives.

“Then, when you hear returned medical tourists saying the service was amazing, the people were kind, and the institutions were clean, efficient and welcoming, the notion of caring shifts.

“At home you pay taxes, but can’t even get on a waiting list for surgery. You feel the public health system does not care and if you can get treated better elsewhere, why not?

”So you go abroad and get treated really well and feel important and tell other people when you return home and you get the snowball effect. The caring aspect is a major component of the whole commodity package and it’s definitely growing,” says Kirsten.

Brent adds that while occasionally things do go wrong, you get horror stories in local public health systems too.

“We did hear of a couple of negative experiences but, overall, l was surprised at how many people reported really positive experiences with medical tourism. Even in destinations that New Zealanders might commonly perceive to be ‘poor’ or ‘dirty’, people had good experiences.”

This highlights the difference between assumption and reality in countries where there are substantial differences in wealth, says Kirsten.

On the negative side, one patient was defrauded when he paid for treatment that was not carried out. He was subsequently treated in another country. Another patient had a heart operation overseas that went wrong. He deteriorated dramatically on his return home, where he was then treated successfully.

People have generally been really pleased with cosmetic procedures, although one needed several remedial surgeries and was still left with a disfigurement, but the problem could have occurred equally easily in this country, say the researchers.

So, would the investigators consider having work done overseas? “Definitely. Most people have been very happy with their investments.”

The research team, together with Professor Karl Lyons from the Faculty of Dentistry, now plan to focus on dental tourism. They’ll contact New Zealand dentists and look at issues of quality – both good and bad – and what that might mean for both them and their patients.

The investigators feel medical tourism is starting to mature as a viable alternative to health-care provision for certain procedures at home, with implications for New Zealand’s public health system.

“In the last few years there has been a much greater awareness of medical tourism,” says Brent. “It’s now much easier for potential patients to get information about where to go and who to see.

“The ultimate aim of our research is to be able to contribute to the provision of good advice to people considering travelling overseas for treatment and give policymakers an idea of the ramifications of medical tourism.”

The investigation of the medical tourism industry in India, funded by a New Zealand India Research Institute grant, focuses on case studies in medical facilities in Delhi.

In collaboration with Associate Professor Monika Prakash, of the Indian Institute of Tourism and Travel Management, the project explores the nature of the medical tourism industry, its relationship with local health-service delivery, and connections between health-care providers and the tourism industry.

The intention is to set up a collaborative longitudinal multi-sited research programme to address the implications of medical tourism for health care in India, and for health-care and tourism systems more generally.

Work to date has identified a large gap between medical tourism and wellness tourism, which features alternative therapies such as spas, yoga retreats and holistic treatments.

“People travel for both, particularly in India,” says Associate Professor Brent Lovelock, “but there’s almost no contact between these two different branches of treatment.

“It stems from a longstanding professional mistrust between the two branches. But this lack of connection could be an opportunity lost for India as a destination.

“Medical and wellness could easily work alongside each other, with patients enjoying the experience of wellness providers while recovering from medical procedures and waiting to be checked before leaving for home.”