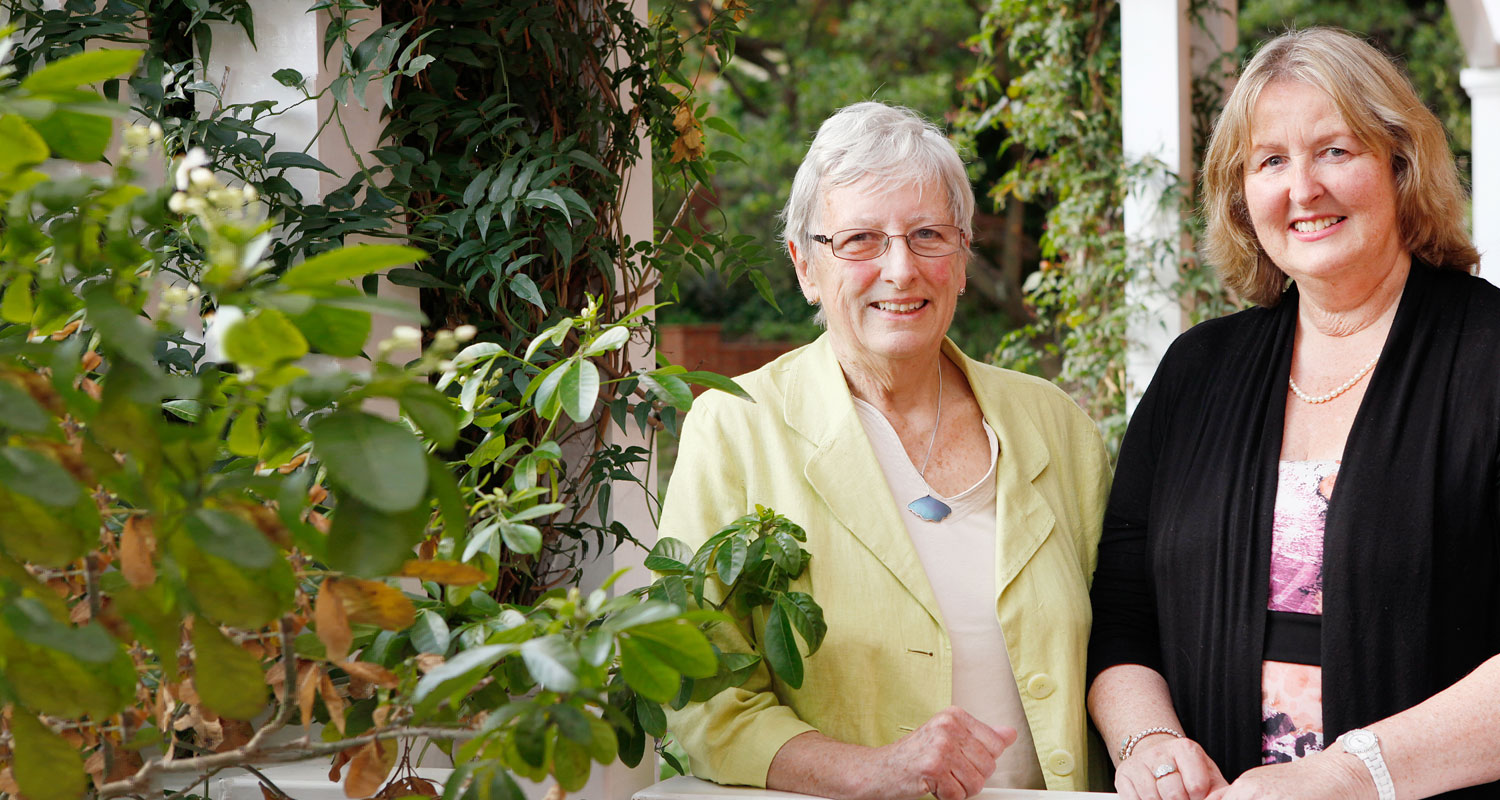 For almost 21 years, Otago’s Children’s Issues Centre has been leading the world in research and teaching on issues affecting children and advocating for their rights. The results of this work are reflected in much public policy today.

Twenty-one years is time enough for a child to grow to adulthood and undergo the vast array of experiences that will shape her or his life. So it is for the University’s Children’s Issues Centre (CIC), which celebrates its 21st year in 2016 and reflects on two decades of world-leading research and teaching that have made a significant contribution to the lives of many children.

The CIC’s establishment in 1995 was a progressive step for Otago, at that time under the Vice-Chancellorship of Dr Graeme Fogelberg. It was the first of its kind in Australasia and, led by Professor Anne Smith (now Emeritus) along with researcher Nicola Taylor and administrator Rachael Brinsdon, it immediately set out to establish connections with the international networks of children-centred researchers.

“We were innovators,” says Smith, “working at the micro-level – talking to children about their experiences – and having that influence policy at the macro-level. What we set out to do and what we achieved here seems commonplace now, but it was highly innovative at the time.

”The other important aspect was that we aimed to be interdisciplinary and to focus broadly on issues affecting children, researching and advocating for children’s rights, and also providing outreach education for professionals working with children. My background was in educational psychology and Nicola Taylor [now Associate Professor] had a background in social work and law. We belonged to a new theoretical paradigm known as Childhood Studies.”

The CIC was invited to join the [then] Norway-based Childwatch international research network. This proved an entrée into a series of fruitful international research collaborations – on such topics as citizenship, family law and rural childhood – that continue to the present day and which, says Smith, “have helped to influence our interdisciplinary approach to issues that affect the everyday lives of children, and to incorporate a respect for the agency and rights of children in all aspects of our work”.

The CIC also initiated, along with Childwatch, Unicef and the Centre for Children and Young People at Southern Cross University (Australia), the development of international guidelines for research involving children. This project aimed to identify the ethical issues faced by those who undertake research with, and for, children and young people in different world contexts, and to identify and collate existing guidelines and resources. It involved an international survey with 257 researchers in 46 countries. The result was the Ethical Research Involving Children website and a printed guide which provides a resource for researchers around the world.

Closer to home, the CIC’s impact in relation to child-centred issues has been significant. Current director and holder of the Alexander McMillan Chair in Childhood Studies, Taylor cites three particularly notable examples, the earliest being research into the impact of early childhood educational quality, led by Smith, that contributed to the Ministry of Education’s Strategic Plan for the ECE sector, Ngā Huarahi Arataki.

Then, in 2003, the CIC was commissioned by the Office of the Children’s Commissioner to undertake a literature review of research in relation to discipline strategies for children.

“The findings pretty much showed that physical punishment achieves immediate, short-term, compliance by the child, but does little to influence their understanding that what they did was wrong or dangerous,” says Taylor.

“That research was an important piece of work that helped push the Crimes (Substituted Section 59) Amendment Act 2007 – which abolished the defence of reasonable force for physical punishment – through Parliament. I think it’s one of our proudest moments.”

The CIC’s focus on socio-legal research reflects, in part, Taylor’s background, but also the longstanding involvement with the CIC of Otago’s Dean of Law and family law expert, Professor Mark Henaghan.

“The Children’s Issues Centre is the only centre in New Zealand – and one of the few in the world ¬– that looks at the law and policy from a child’s point of view,” says Henaghan. “There has been a common thread to improve social conditions and enhance child-centred practices and I see the imprint of the CIC in public policy today. Child-centred research reminds policymakers that children are a significant part of any society and the impact on them would be unnoticed without such research.”

“At the heart of our research since our inception is an intention to honour and privilege children’s perspectives on the events in their lives that are important to them,” Taylor explains.

A good example of this is the CIC’s research into the impact on children of family transitions such as parental separation, divorce, relocation and supervised contact. It directly influenced government policy and legislation through the development of the Care of Children Act 2004, particularly the Act’s inclusion of a broader provision around the ascertainment of children’s views in Family Court proceedings.

“This was – and still is – world leading in that it removed any reference to children’s age and maturity and made it compulsory for there to be reasonable opportunities – plural, not singular – for children to be able to express their views,” says Taylor. “The role of lawyer for child was also updated to ensure that they were appointed in appropriate cases, that the children knew of their appointment and that the lawyer did meet with those children.”

A recent CIC socio-legal research project has explored the impact on children of relocation following parental separation – a topical issue in an age when people are increasingly mobile across not just regional boundaries, but also national borders. It recently completed a review of judicial practices when interviewing children for Family Court proceedings and is currently working with the family justice sector to evaluate the 2014 family law reforms. Taylor also has a key involvement with the NGO report to the United Nations regarding New Zealand’s compliance with the Convention on the Rights of the Child.

“The Children's Issues Centre is known throughout New Zealand, particularly in the political system and the legal system, and its work is held in the highest regard by the New Zealand Family Court,” says Henaghan.

Senior research fellow Megan Gollop primarily works on the Graduate Longitudinal Study New Zealand with the National Centre for Lifecourse Research, co-chairs the Children and Young People as Social Actors Research Cluster, contributes to the CIC’s socio-legal research programme and has an interest in digital media issues. Jocelyn Diedrichs, the other longstanding staff member, is the CIC’s part-time administrator.

In addition to the calibre of the CIC’s research, it has remained committed to an interdisciplinary postgraduate teaching programme. This spans certificate, diploma, master’s and doctoral programmes that meet the needs of professionals such as social workers, lawyers, educators, health professionals and family agency staff working in child-focused sectors.

Taylor believes that with an increased emphasis on the need for these professions to take a child-centred approach as a result of large-scale changes occurring, the CIC can make an even more significant national contribution in teaching that equals the import of its research outputs.

“New Zealand is currently experiencing a significant nationwide shake-up in relation to the key sectors that interact with children and their families. There were the Family Court reforms of 2014 that dealt with private law matters around how disputes between parents are resolved post-separation, and we now have reforms within the public law around vulnerable children, children in state care and the modernisation of Child, Youth and Family. So it’s a time of enormous upheaval in relation to the services and professions allied and working with children and their families.

“We’ve offered interdisciplinary, child-centred teaching programmes for nearly 20 years – I think what we provide can certainly meet the workforce demands that are being identified on a national basis.”

“We already have ample evidence in New Zealand around poverty and violence; I don’t believe we need more research into the dynamics of these particular social issues, but we do need research that evaluates the programmes designed to mediate or assist families experiencing those issues. That will help us implement new services or utilise existing funding better to do more prevention and intervention work and to look at how effective that is for children, young people and their families/whanau.”

While the Alexander McMillan Trust generously funded the Leading Thinker Chair in Childhood Studies in 2006, Smith – who retired in 2006 – says more funding is needed to secure the future of the CIC and to enable it to continue the valuable research and teaching that has led to eight books, over 200 publications, 50-plus research projects, a dozen PhD graduates, 125 masters’ and postgraduate diploma/certificate graduates, and scores of conferences, courses and seminars.

“The Children's Issues Centre has a unique place in the New Zealand research, child advocacy and outreach education community. Serious consideration needs to be given and strategies developed to retain and strengthen it, because I believe it can continue to really make a difference to New Zealand by doing research that can be applied for public good purposes.”