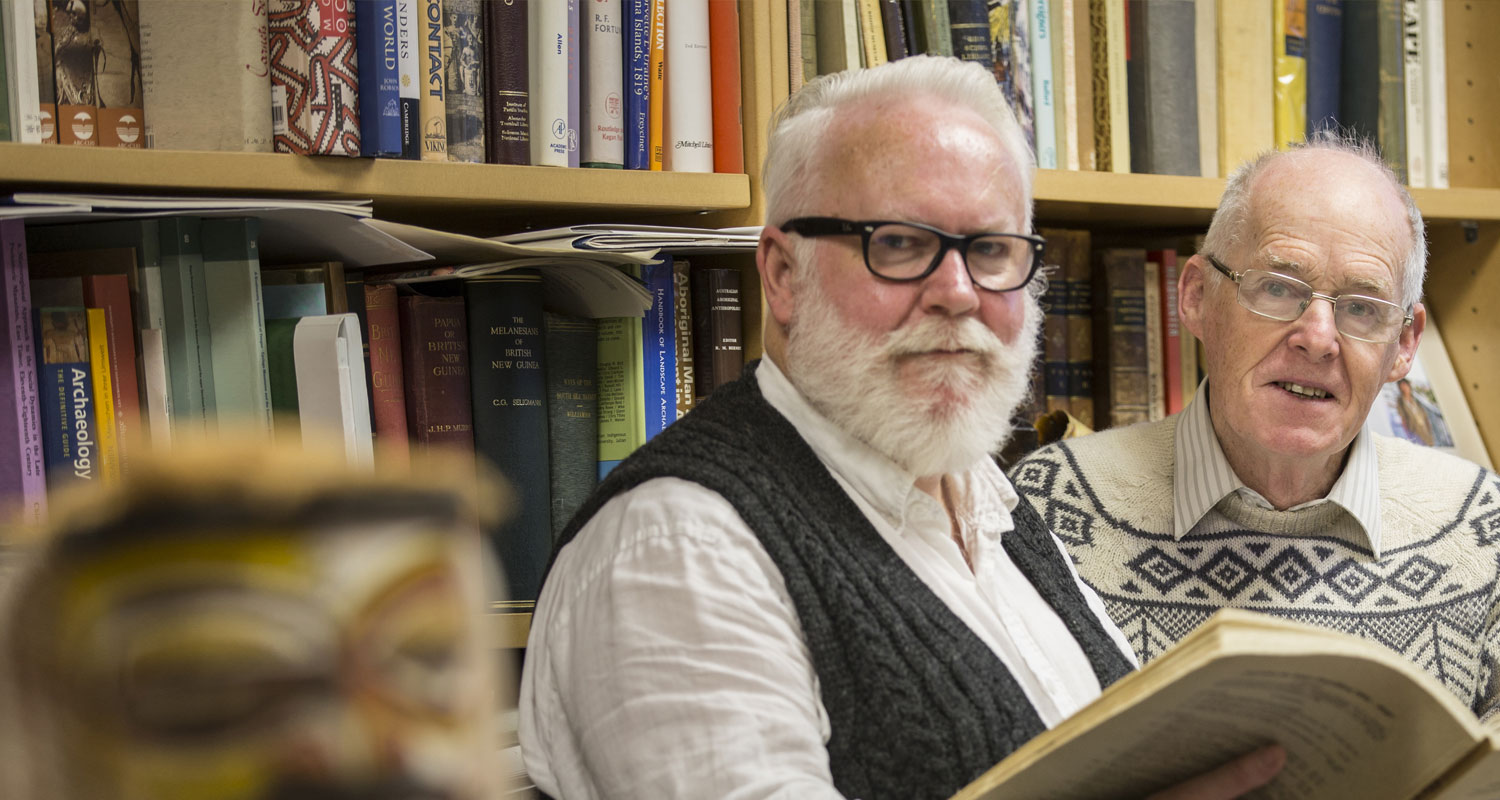 For more than 27 years Professor Glenn Summerhayes (Anthropology and Archaeology) has been working in remote Papua New Guinea (PNG) unravelling details of human activity dating back more than 40,000 years.

This research has shed light on not only the prehistory of Pacific peoples, but also the story of human civilisation – on when humans became truly “modern”.

Now he is giving back to the communities who have helped make this work possible, co-ordinating and editing the translation into English of three significant historical volumes, written in German more than 100 years ago.

These are St Matthias Group and Admiralty Islands, both by Dr Hans Nevermann, and – the most recent – Otto Reche’s 1913 500-page Sepik River. The translations have been completed by Otago’s Mr John Dennison, Department of Anatomy research fellow and accomplished linguist, a task undertaken over several years.

Documenting the daily lives of the people of these regions in the early 20th century, the translations have been distributed to the local communities, regional libraries and schools; the National Museum, Art Gallery and University of Papua New Guinea.

“For the people of PNG these are the stories of their grandparents and ancestors, but because they were in German most people could not access them,” says Summerhayes.

“Now, for the first time, they can read about their past. One elderly man told me that he had been ‘blind’ to these stories, but now the translations have let him ‘see’.”

The books have been funded by Summerhayes with support from the Chiang Ching-kuo Foundation for International Scholarly Exchange, and are available online.